Not Into SUVs? Ford Allegedly Planning A V8 Four-Door Mustang 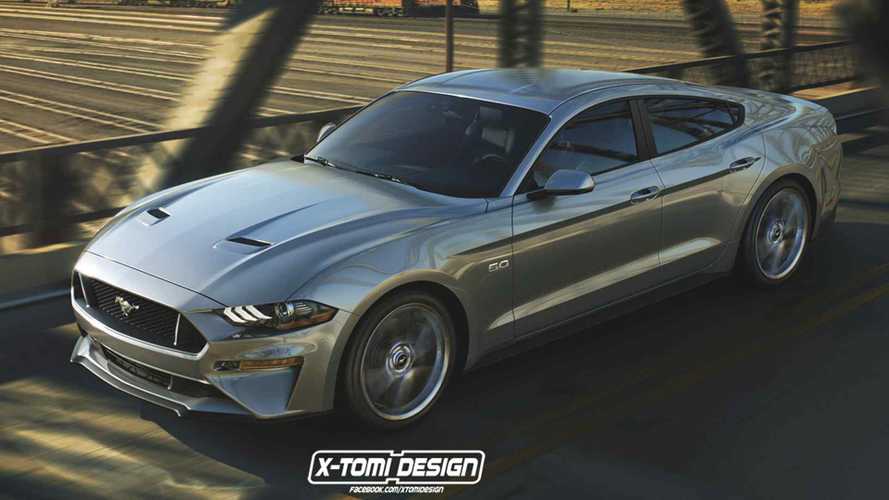 It could be America's answer to the Porsche Panamera.

Ford’s plans to reshuffle its entire model lineup in the United States and focus on SUVs, crossovers, and pickups are no longer a secret, but, apparently, the only car name to survive at this side of the pond, the Mustang, will have a much more important role than initially believed. Aside from the standard Mustang two-door sports car, Ford is allegedly planning to offer a four-door Mustang coupe-style sedan to its customers.

During a major meeting with dealers earlier this month, where Ford previewed the 2020 Shelby GT500, the automaker also dropped “a few major hints” about the future of the Mustang, according to Mustang 6G. The most interesting part of the presentation included information about a four-door Mustang powered by a turbo V8 engine and aimed against the Porsche Panamera, Audi A7, and the likes.

The future of the Mustang:

That’s virtually all the information we have so far, but Mustang 6G claims this is a separate vehicle from the all-electric SUV, which was announced earlier this year. It won't be named Mach1 and is set to take design cues from the current Mustang, and we even have a pretty good idea of what it could look like.

It is also reported the V8 of the still unconfirmed new Mustang will go turbocharged using technologies similar to the ones seen in the smaller EcoBoost motors. The 5.0-liter unit should adopt a twin-turbo layout with one turbocharger for each cylinder bank.

Logic tells us, if the four-door, twin-turbo Mustang receives the production green light, we will probably have to wait until the next generation Mustang arrives to see it. Also, we wouldn’t rule out seeing the turbo V8 under the hood of the two-door Mustang at some point.