Around The World In '18 Chevy 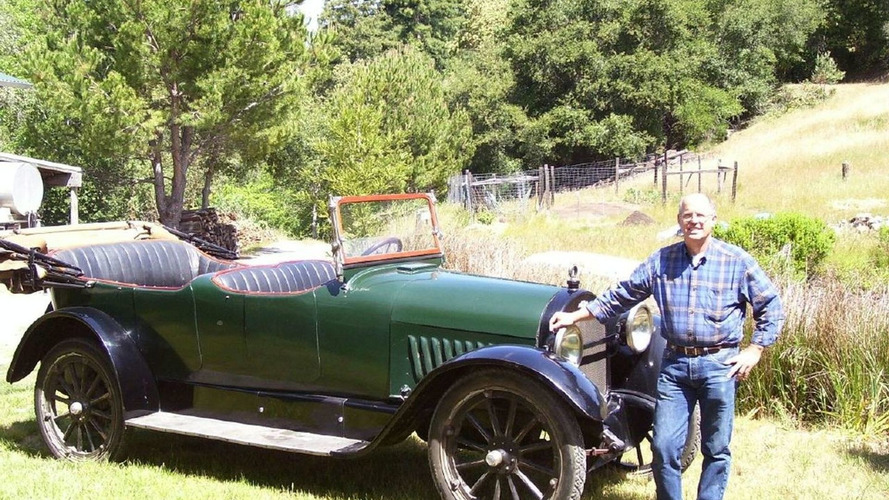 What do you call someone who wants to drive around the world in a 1918 Chevy V8 Touring Car? Optimistic is one word. Crazy is another.

What do you call someone who wants to drive around the world in a 1918 Chevy V8 Touring Car?  Optimistic is one word.  Crazy is another.

Auto enthusiast Luke Rizzuto wants to enter the 2008 Great Race in the Schuster Class with his '18 Chevy, one of only seven in existence.  According to Rizzuto, he was invited to be one of only forty drivers because of the great condition of the classic car.

The Great Race celebrates the 100 year anniversary of the "Greatest Auto Race," which took drivers on a route beginning in New York and ending in Paris.  Drivers travel up through New York State, across the width of Canada, and fly with their cars from Vancouver to Shanghai, China.  They then journey through China, Kazakhstan (fill in Borat joke here), Russia, Latvia, Lithuania, Poland, Germany, the Czech Republic, Austria, Switzerland, and France.

To participate in the Schuster Class, named after the winner of the '08 race, you must have a classic car at least 25 years or older.  The Innovation Class allows newer technology vehicles powered by renewable energy, or getting an extremely high fuel efficiency.  One of the cars in this class is a 1967 Aston Martin DB6 Vantage running on E85.  An MPG Challenge will be run amongst Innovation Class hybrid cars, from 2004-on, and still being manufactured.

Sadly, Rizzuto does not have the cash to join his fellow adventure seekers, so he has resorted to issuing a press release and hoping the media will pimp his cause.

If you want to help Luke Rizzuto on his way, get in touch with him through his website, or e-mail him at luke@lukesgreatrace2008.com.

Gallery: Around The World In '18 Chevy