Lots of people want the Jimny in Japan, which is limiting Suzuki's ability to export them.

The new Suzuki Jimny is a little, rugged SUV that many American are jealous that Europeans can buy. Anyone envious of the new owners can feel a little schadenfreude about what's happening to the vehicle in the U.K. market. Suzuki U.K boss Dale Wyatt tells Autocar that demand for the Jimny is "staggering" in Japan, and this is limiting deliveries to right-hand drive markets, like England.

The company has had 4,500 people register interest in the compact SUV, Wyatt told Autocar. However, Suzuki will only be able to deliver an estimated 1,100 Jimnys to the U.K this year. There will still be buyers in the U.K waiting to get model in 2019, too, because Suzuki will only be able to deliver around 2,000 units of the SUV each year there without some change to the vehicle's production. 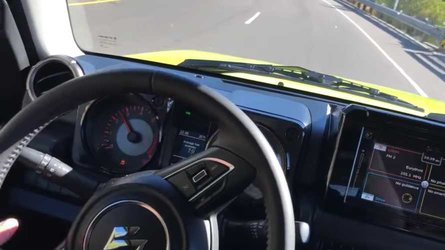 Suzuki Jimny Does A Mean Shimmy Due To Automatic Braking Fault 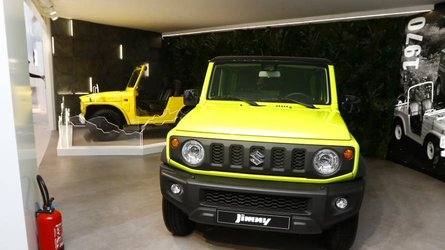 In Japan, the Jimny comes with a 658cc turbocharged, three-cylinder engine that produces 63 horsepower (47 kilowatts) and 71 pound-feet (96 Newton-meters) of torque. Buyers there can choose between a five-speed manual or four-speed automatic. A two-speed transfer case and part-time four-wheel drive give the little SUV its famous off-roading capability.

Different regulations mean the setup is a little different in Europe. The Jimny has a 1.5-liter naturally aspirated four-cylinder there with 100 hp (75 kW) and 95 lb-ft (129 Nm) of torque. Like in Japan, it hooks up to a five-speed manual or four-speed automatic. The off-road equipment carries over, too. Motor1.com’s First Drive finds this to be “absolutely fantastic” on rugged terrain.

If there's a major downside to the Jimny it's that the little SUV doesn't score well in safety. Euro NCAP's test gave it only three stars and cited “underwhelming driver assistance systems” as standard equipment.