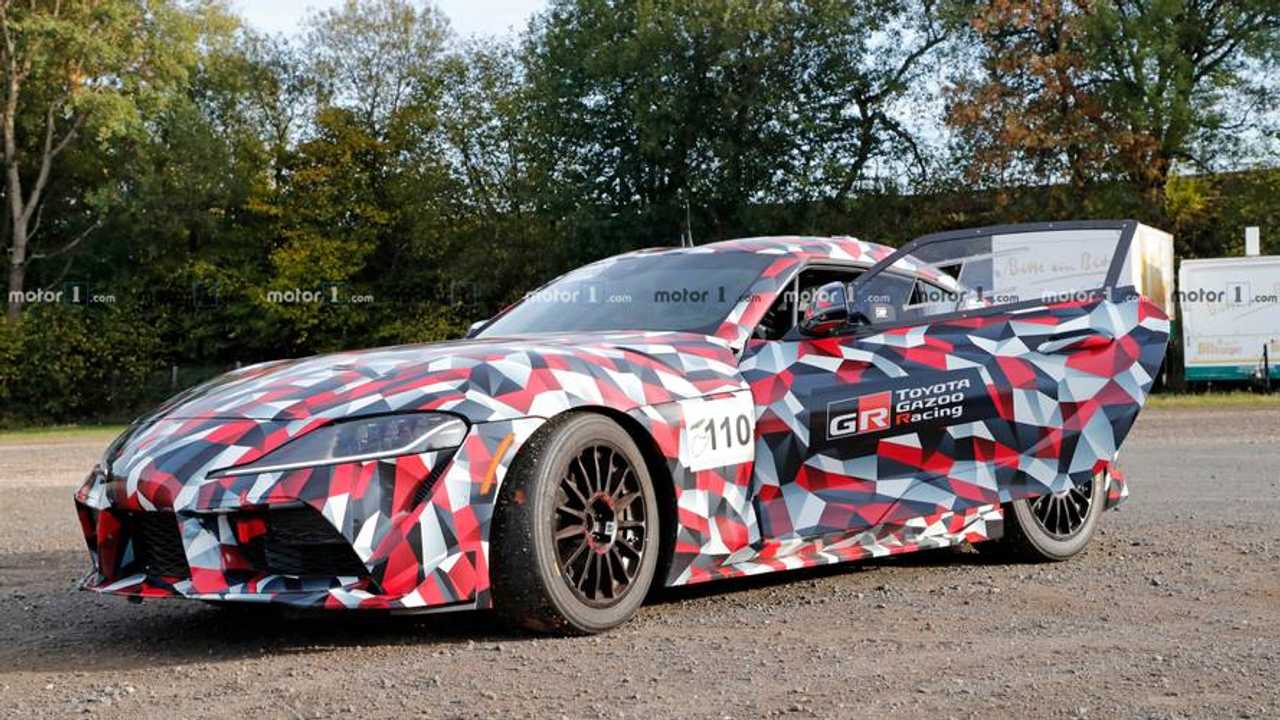 From the Nürburgring to Budapest, Toyota is still tying up loose ends ahead of the Supra's big reveal in January.

With the official Toyota Supra reveal so close, one might think test-car sightings in public would decline but it seems just the opposite is true. Case-in-point: we’re kicking off this second week of October with a race-prepped GR version caught at the Nürburgring, and a standard model on the streets of Budapest.

What can we say about the upcoming sports car hasn’t already been covered? Don’t expect the interior of this hard-core track version to look like the street-legal Supra when the wraps come off in January. While we’re sure some of you may be disappointed in the lack of an OMP wheel, carbon fiber door panels, and a full-on roll cage in the showroom Supra, surely there should still be plenty to captivate sports car fans around the world, never mind the Toyota faithful. And if there isn’t, you’ll likely be able to buy all kinds of manufacturer upgrades or possibly an up-spec Supra GR for the street, though probably not right away.

We know all this because at this point, there’s little left to the imagination on this decidedly drawn-out reveal. Toyota has told us a GR-spec Supra will happen eventually, and a track-only model is also confirmed. As far as the standard production Supra, we know it will be offered with four-cylinder and inline-six engine options. We know it will only offer an eight-speed automatic. Heck, we’ve even driven the prototype, though Toyota is withholding key Supra statistics until the car is officially revealed.

Until then, camouflaged pre-production models are still out and about, catching the eyes of photographers at every opportunity. The GR model wearing the red/gray/white wrap was caught at the Nürburgring, though the gravel setting suggests Toyota reps were trying to keep its presence on the down-low. At least, until a photographer showed up, at which point all bets were apparently off because these are some rather attractive shots.

Meanwhile in Budapest, a photographer sent us a heads-up for a few shots nabbed of a less-flamboyant Supra casually cruising the streets. Yes, we’ve seen a lot of these photos over the last year or so, but you know what? We still love to see them. That should say something about the car, not to mention its legacy. Autogespot has more shots to check out of this camouflaged car in action.

Here’s hoping the new Supra lives up to that legacy. It will debut in early January at the North American International Auto Show in Detroit, and we will absolutely be there.