We might have just found the king of the unofficial Raptors.

The Raptor is an amazing piece of machine. Its humungous size, imposing bodywork, and appropriately powerful power plants make it an attractive vehicle for those looking for appropriate horse and pulling power for their Ford monster truck. There’s only one problem: it comes with a high-output 3.5L V6 EcoBoost gasoline engine.

Okay, that’s not really a problem, as the Raptor churns out a whopping 450 horsepower and 510 pound-feet of torque. However, if you’re a fan of diesel, you can either go for the 3.0L Power Stroke V6 diesel or go for the smaller biturbo Ranger Raptor that’s yet to reach the U.S. soil. Both engines are capable, but you would need to compromise a lot on horsepower.

More on the Ford Raptor: 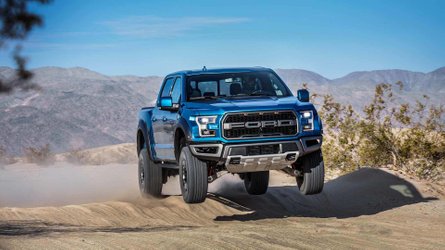 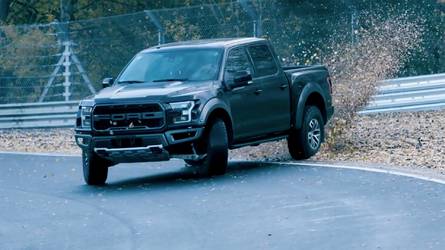 Watch Vaughn Gittin Drift A Ford Raptor Around The Nürburgring

With that, Raptor versions of the diesel-powered Ford Super Duty trucks isn’t a bad proposition at all, albeit, they’re unofficial. One company, Defco Trucks, has made a Mega Raptor out of the Ford F-350. And quite frankly, it makes all other existing Super Duty Raptors look like toy cars.

The Defco F-350 Mega Raptor is equipped with 46-inch tires and sports a menacing (and ironic) flat gray and sky blue color theme. It’s really, really huge, making the people on the video look like small human beings. Plus, having to watch this monster truck roll over other cars (poor Prius and Infiniti) is somehow satisfying because ‘Murica!

Now, there were no official mentions on the video nor on Defco’s website as to what power plant this truck carries. Standard F-350 trucks are powered by a 6.7L PowerStroke (Ford Scorpion V8) that produces 450 hp and 935 lb-ft of torque. It was also stated in the video that the Mega Raptor produces 1,400 lb-ft of torque, which we think is because of the Precision Turbo 6466 Gen 2 CEA upgrade. So, diesel plus lots of power, well, problem solved.

If you like to own this F-350 Mega Raptor, it’s actually up for sweepstakes on Defco’s website. Go ahead, push your luck.