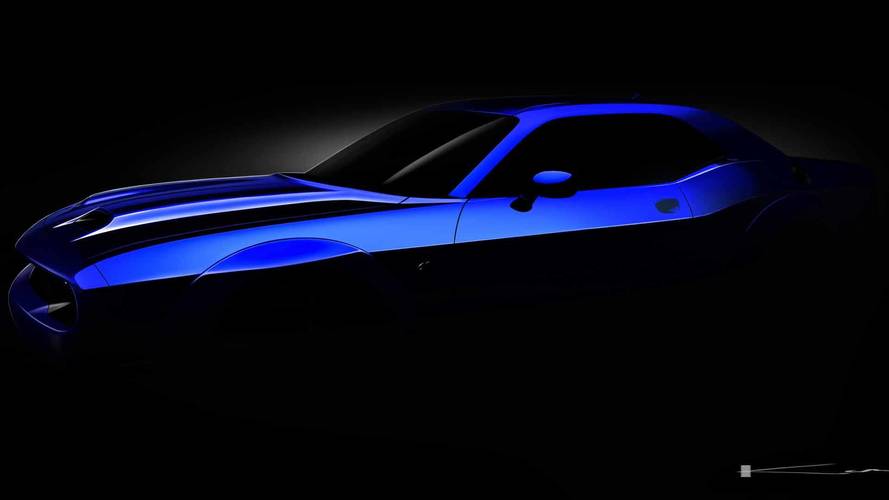 Getting a dual-snorkel hood inspired by classic Mopar designs from decades ago.

Dodge has kicked off the teaser campaign for the 2019 Challenger lineup by focusing on the hardcore SRT Hellcat. Just like the optional Shakedown Package introduced a couple of months ago, the changes the 707-hp brute will be going through are going to take inspiration from the past. For the time being, the only novelty we are allowed to see is the dual-snorkel hood paying tribute to classic Mopar design creations based on the muscle cars of the mid-1960s and early-1970s.

More about the Challenger:

Looking closer at the shiny new retro-flavored hood, we’re immediately reminded of cars such as the 1970 Challenger R/T 440 Six Pack and the Plymouth Barracuda Gran Coupe, also from the early 1970s. Dodge points out it’s more than just for show as this is a fully functional hood providing the best possible air intake to the supercharged monster lurking underneath.

As a refresher, Dodge is living up to its promise and it won’t be offering the fearsome Demon for the 2019MY. It will go down in history as a rare 2018MY-only model with just 3,300 examples built to maintain the model’s exclusivity. Speaking of which, spy shots have shown the defunct Demon will likely lend some its bits and pieces to the lesser SRT Hellcat, particularly the TransBrake, Air-Chiller, and Nitto tires. In addition, output of the 6.2-liter HEMI V8 will allegedly be bumped to 725 hp, which although isn’t the full 808 hp of the Hellcat, it’s still a decent bump over the standard 707 hp. A “drag mode” selectable from the infotainment system should nicely round off the Drag Pack.

Looking into the future of the Challenger, some big changes are in tow if we were to rely on a report from September 2017. It is believed that following this one last refresh planned for the 2019MY, the model will make the transition towards a new generation in 2021 when it will switch to the same platform as the Maserati Ghibli.

2019 Dodge Challenger SRT Hellcat: No Rest for the Wicked

Dodge is again reaching back to its 100-plus-year history as it evolves the Challenger lineup for 2019, introducing a new dual-snorkel hood on Hellcat models that pays homage to the distinctive Mopar design themes from some of its most famous muscle cars. This new fully functional hood harkens back to the mid-60s and early-70s, but with a modern interpretation that looks even more sinister and provides maximum air intake to the supercharged powerplant. More information to come this summer … -###-