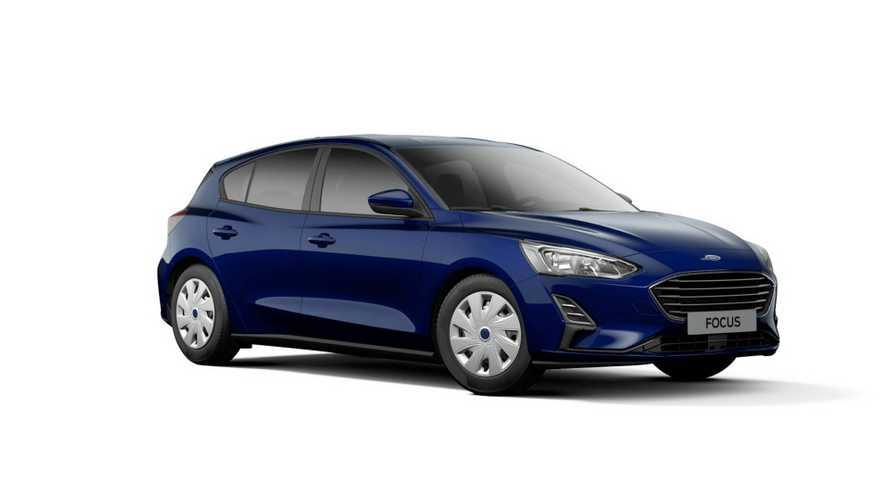 And it's pretty well equipped.

With four sporty and luxurious trims levels to choose from at launch – including the ST-Line, Vignale, Active, and Titanium – the new Ford Focus seemingly has something for everyone. But what about those customers who aren’t as interested in creature comforts, and instead simply want an affordable, handsome hatchback that can get them from point A to point B? Don’t worry, Ford has also got you covered.

Euro-spec Focus on the assembly lines:

This is the base Ford Focus. Similar to the entry-level Mercedes A-Class, what it lacks in features, it more than makes up for with affordability and efficiency. The Trend trim, uncovered on Ford Germany’s online configurator, ditches all the sporty cues found on the ST-Line, does away with most of the amenities found on the Vignale spec, and offers a simple, no-nonsense hatchback with still plenty of space and usability.

The Ford Focus Trend starts at €18,700 in Germany, which equates to about $23,000 U.S. at today’s exchange rate. Don't expect it to be that expensive if it is offered in the U.S., though. What you get on the outside at the price point are hubcaps in place of alloy wheels, a single, non-optional paint finish: Blazer Blue, and a basic fascia with no fog lights, and no frills.

In the cabin, the eight-inch touchscreen on higher-trim offerings has been replaced with a smaller infotainment screen, a simple black trim with silver highlights coats most of the cabin, including cloth black seats, and underhood there’s a 1.0-liter EcoBoost engine, paired to a six-speed manual transmission, producing 85 horsepower (63 kilowatts).

Even without all the fancy features, though, the Focus still looks handsome. The sharp new body lines and aggressively styled fascia give it a more upscale look, even in its least expensive trim level. And at €18,700, it’s still relatively well equipped, too.

Automatic A/C, lane keep assist, power windows, Bluetooth connectivity, and LED daytime running lights all come standard. If buyers really want to deck out their entry-level Focus, they can opt for alloy wheels, an extra €750, heated and powered seats, €300 and €500, respectively, an alarm system, €375, and even a tow hitch, €600.

While European markets will get the Focus sedan, wagon, and hatchback, including the Focus Active crossover and upscale Focus Vignale, the U.S. market will be relegated to the sedan and hatchback exclusively. But don't worry, we expect future iterations of the ST and RS to also make their way Stateside. The new Ford Focus will go on sale later in the year.