Watch The Alpine A110 Catch Fire During Top Gear Filming

The automaker is still investigating the accident.

Remember when in February this year we reported about Top Gear’s unsuccessful attempt to hit a rally stage with the Alpine A110 sports car? It all ended with a massive fire catching the pre-production vehicle and completely destroying it – and there’s a now an official video showing what actually happened. 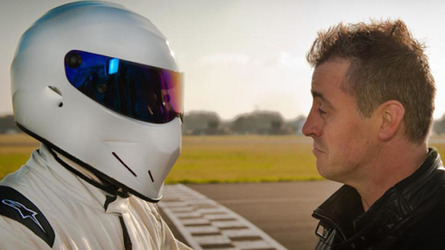 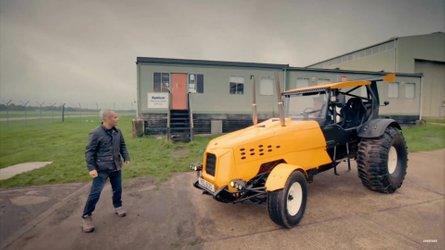 Top Gear presenters Chris Harris and Eddie Jordan were invited to do a stage of the Monte Carlo Rally, one of the most famous rallies on the planet, and everything seemed like the perfect chance to test the new A110. Unfortunately, despite the car’s good overall performance on the closed section of the rally’s SS17 stage, something went wrong, probably with the electronics, and the coupe caught fire.

This new video shows Harris and Jordan had a lot of fun before the accident happened, and we must admit we are especially impressed by Eddie’s unique co-driving style. But after just a few minutes into the stage, the French sports car faulted – something described by Harris as an “electric failure danger.” Actually, this is what the instrument cluster showed when the car was starting to burn and just a couple of minutes later the A110 was already covered by deep flames – you can even hear the tires exploding from the high temperature. Fortunately, both Top Gear presenters managed to escape uninjured.

“I first realized I needed to get out when I opened the door and the flames went up my arm,” Harris describes the incident. “Sadly, the car was lost and it always makes me sad to see a beautiful car destroyed.”

At the moment of writing, Alpine still hasn’t released an official statement regarding the accident, but is reportedly investigating it and has temporarily stopped all driving activities for pre-production cars. Despite the unfortunate outcome of Top Gear’s rally attempt, both Harris and Jordan really liked the car.

“Doing a stage of the Monte Carlo Rally was a dream come true for me,” Jordan commented. “The car was stunning - so light on its toes. It was dancing around the mountain and Chris was driving it beautifully. It's such a shame we didn't finish the test, but these things happen.”