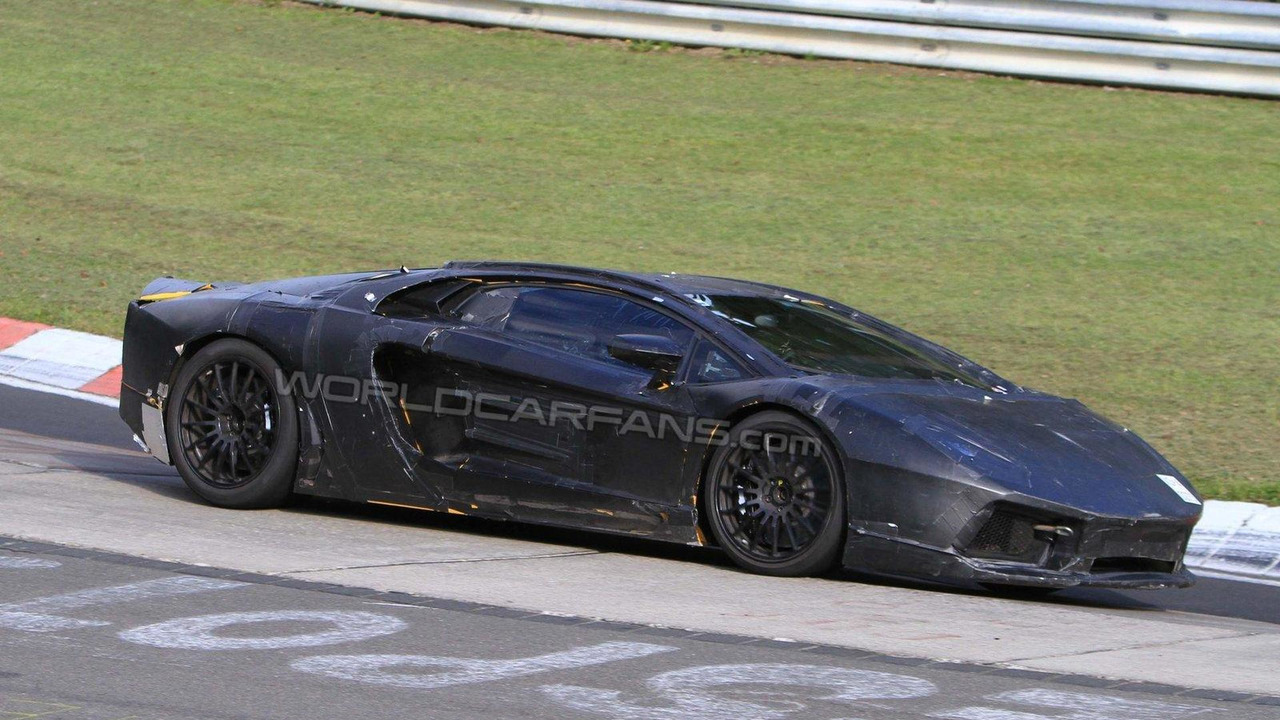 Two prototypes - one with a spoiler and one without - could the spoiler clad variant be a Superleggera? The Lamborghini Jota is slated to replace the outgoing Murcielago model.

Two Lamborghini Jota prototypes were spotted near the Nürburgring circuit. One with a rear spoiler and one without.

The one with the spoiler is likely the Superleggera variant as the moniker was spotted by our spy photographers on some of the car's equipment.

Although this is test week at Nürburgring, these two Lambo prototypes are already being loaded on trucks and sent home to Italy. Maybe there's more work to be done before the Jota replaces the Murcielago. But we've already seen shots of both hot-weather and winter testing of Jota, so perhaps its introduction will be sooner than it appears.

From what we know, the Jota will stand a little lower than the Murcielago and weight less too given its make-up of an aluminum space frame and carbon fiber body components.

Powering the Jota will be a direct-injection V12 of around 700 horsepower hooked up to a Haldex all-wheel drive system. Design cues will be borrowed from the Estoque and Reventon.

[UPDATE] A third prototype was spotted on the Nürburgring later the same day with a Gallardo chase vehicle. 12 photos added to article.