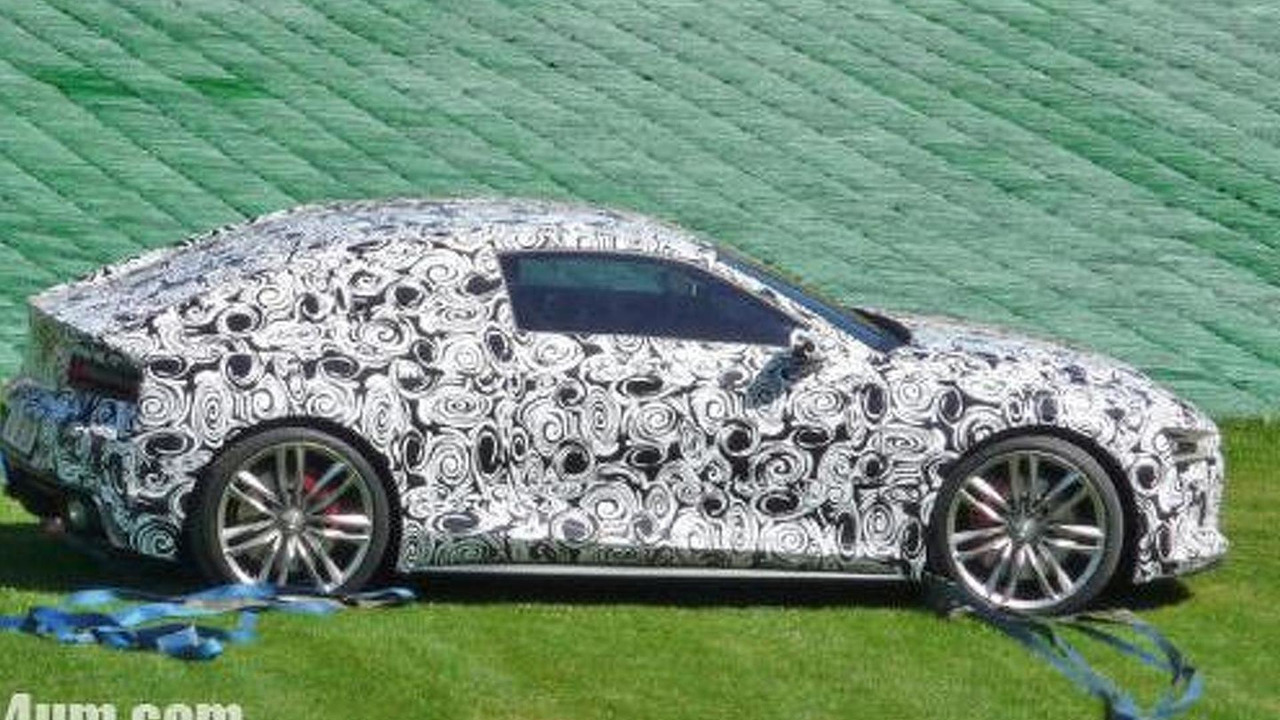 New pics of the Audi R4 give us some fresh insight into the car two weeks ahead of its expected unveiling.

A blog dedicated to the Audi R4 has obtained a set of images allegedly featuring the unreleased car.  The photos were taken just before the car was covered up following a stunt that involved a helicopter airlift of the vehicle around the Austrian Alps.

Based on the Audi e-tron, the mystery car in the photos shows several similarities with the e-tron concept, but also a few new developments.  While the headlight shape is pretty much the same, more traditional lensing has been installed.  This makes the front lighting cluster look a bit like a cross between the lamps on the A1 and those of the e-tron.  The car still has a front lip spoiler, but it is somewhat less prominent now, unlike the restyled rear.

Instead of riding on typical "concept car wheels", the mystery car is sitting on seven double-spoke alloy wheels.  The wheels sit over large, drilled discs and big red brake calipers.

The Audi R4 is expected to be revealed in a near-production state at the Paris Motor Show.  Reports suggest that the automaker may show it off as both a Spyder and a coupe.