The company suggested during the live reveal the concept will go into production relatively soon.

Porsche has a big surprise in store for us at the 2018 Geneva Motor Show as aside from unveiling the facelifted 911 GT3 RS, the company just took the wraps off an interesting concept. Known as the Cross Turismo, it’s basically a rugged wagon derivative of the fully electric Mission E sedan revealed back in 2015 at the Frankfurt Motor Show.

Measuring 4.95 meters (nearly 195 inches) long, the new zero-emissions concept has been engineered with an all-wheel-drive system and packs dual electric motors delivering a combined output in excess of 600 horsepower (440 kilowatts). The EV punch enables the Cross Turismo hit 62 mph (100 kph) from a standstill in less than three and a half seconds while the sprint from 0 to 124 mph (200 kph) takes less than 12 seconds. As for top speed, it’s over 155 miles per hour (250 kilometers per hour). 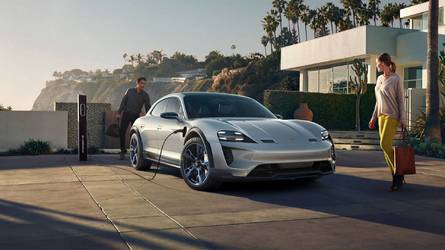 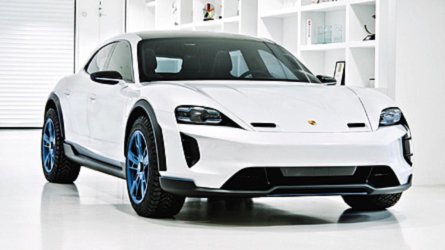 Billed as being a car tailored to “sporty, active people,” the Cross Turismo is based on the firm’s 800-volt architecture and that means it has fast-charging capabilities. How fast? In just four minutes of recharging, the batteries will have enough juice for a range of 62 miles (100 km).

With a jacked-up suspension and chunky wheel arches, the wagon (or is it a hatchback?) has crossover influences and looks pretty much ready to hit the assembly line. In fact, Porsche’s officials hinted during the Geneva premiere event the concept has big chances to enter production soon as it’s “already fit for the road,” according to company CEO Oliver Blume.

That being said, it’s highly unlikely a road-going model will be out before the Mission E sedan, which will be launched sometime next year. A plausible scenario regarding the Cross Turismo’s launch date would have to be 2020, at the earliest.