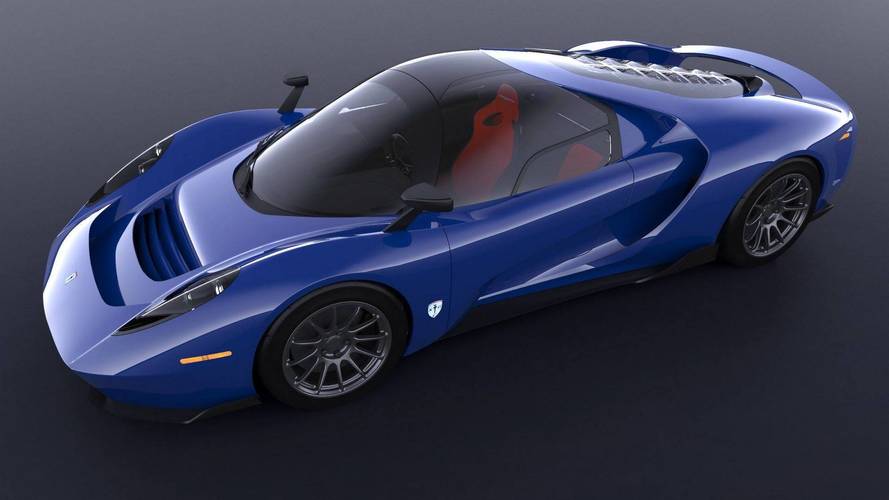 Following a teaser campaign, Scuderia Cameron Glickenhaus has taken the virtual wraps off the all-new 004S, a three-seat supercar with a central driver’s seat akin to the McLaren F1. To keep the weight as low as possible, the engineers have developed a carbon fiber chassis and body to enable the low-slung machine tip the scales at merely 2,600 pounds (1,179 kilograms).

At the heart of the U.S.-built and SCG 004S is a biturbo 5.0-liter engine developing a meaty 650 horsepower and a maximum torque of 720 Newton-meters (531 pound-feet). The engine has the redline at approximately 8,200 rpm and can be paired to a lovely gated six-speed manual gearbox or to an optional paddle-shift automatic.

Details about performance have not been disclosed, but taking into consideration the low weight + high power combo, expect some amazing acceleration figures and a high top speed from what will be a supercar designed and built in the United States under the already approved NHTSA Low Volume Manufactures Status.

Set to be sold as a turn key car, the 004S will carry a starting price of $400,000 and will be offered at an additional cost with a natural or tinted finish for the carbon fiber body. The first 25 cars are going to be a part of the Founders Edition and will be delivered in the next 18 months. Meanwhile, SCG promises it will take its latest gem and race it at the grueling 24 Hours of the Nürburgring. A running prototype of the 004S is scheduled to commence testing by mid-2018.

Anxious buyers should know the company is already taking preorders from early adopters willing to make a deposit of $40,000 to sign their names on the dotted line. SCG’s bigger plan is to ramp up production in the years to come in order to deliver 250 cars per year by 2020 or 2021 at the latest. Aside from developing the road-going version pictured here, SCG is also engineering track-only race car versions tailored to GT3 and GTE/GTLM competitions.