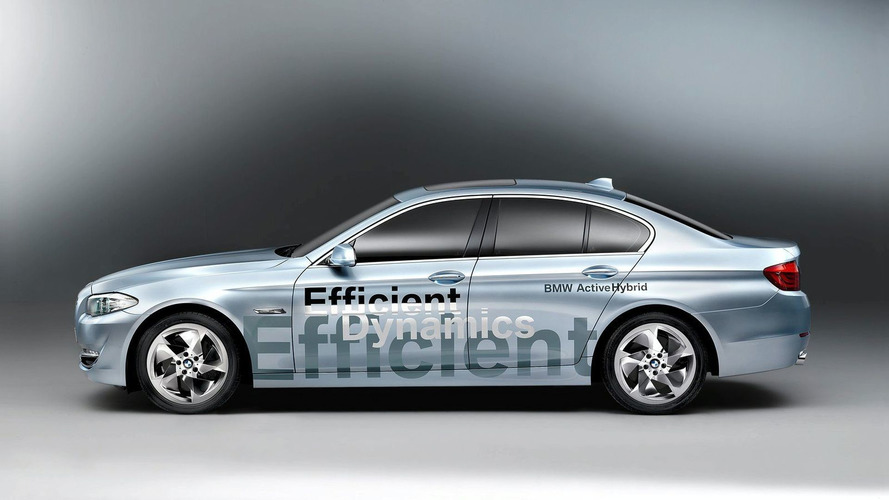 BMW has revealed a Concept 5 Series ActiveHybrid just days away from its public debut at the Geneva Motor Show. Consumption is said to be cut by over 10%.

The basic system consists of a straight-six petrol engine with TwinPower Turbo technology, an electric drive and an 8-speed gearbox. The 40kW electric motor draws its power from the high-voltage battery located at the rear of the car. An automatic clutch connects the straight-six engine and the electric motors.

All these systems working together are said to reduce fuel consumption by more than 10%. BMW says while this is true, the car's driving dynamics were not compromised. Unlike conventional hybrid systems that work best in city traffic conditions, this one also works well at speed. Zero-emission driving in city traffic is also possible.

ActiveHybrid also features a special hybrid start/stop function and a brake energy regeneration function similar to existing BMW systems. But this one provides a significantly higher level of electrical energy and an increase in corresponding efficiency. The energy may be used for drive power or to operate some car functions such as the climate control system which can be activated by remote even before the engine is started up.

The intelligent system can also analyse driving conditions ahead of time and take energy and fuel-saving decisions accordingly. For example it can detect that a downhill section of an autobahn lies ahead and thus controls the charge level of the battery so as to regain brake energy upfront with maximum efficiency.

As the 5er ActiveHybrid is only in the conceptual stage, market availability was not announced but it is probably safe to speculate a production version will be revealed to the public in about a year from now.