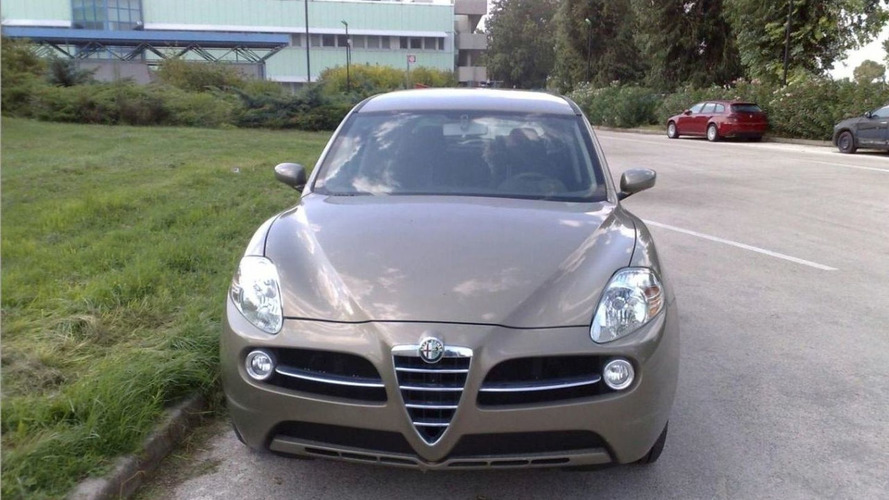 The Alfa Romeo Kamal was spotted again for the first time in years, and just before a major speech by Sergio Marchionne. Could Alfa Romeo be prepping a Kamal-based SUV? Details and photos inside.

Employees at Elasis (Pomigliano), one of Fiat's R&D firms, have been a little trigger-happy with their cameras recently.  One of their workers leaked out photos of this concept (photos included), the Alfa Romeo Kamal, which we first saw at the Geneva Motor Show of 2003.

These photos, with Elasis headquarters in the background, were taken in September.  What is unknown is if this vehicle is a mule being used for testing, or an abandoned Kamal design study just being moved elsewhere.  The Alfa Romeo Kamal had been rumored for 2010 production on the Alfa Romeo 159 platform.  But those plans changed after the Fiat/Chrysler mashup.  Back in June, the speculation was that two SUVs would be built by Jeep, and get the A.R. shield.

However, with Fiat and Chrysler chief Sergio Marchionne preparing to unveil the Fiat Group's short- and mid-term plans later this month, perhaps this SUV could be a sign of things to come.  Alfa Romeo has toyed with the idea of releasing a SUV for years, and Chrysler certainly has a number of potential partner vehicles available for re-branding.

[UPDATE 14.12.2009] A reliable source tells us it is a design demonstrator prototype that has been put on hold/cancelled.