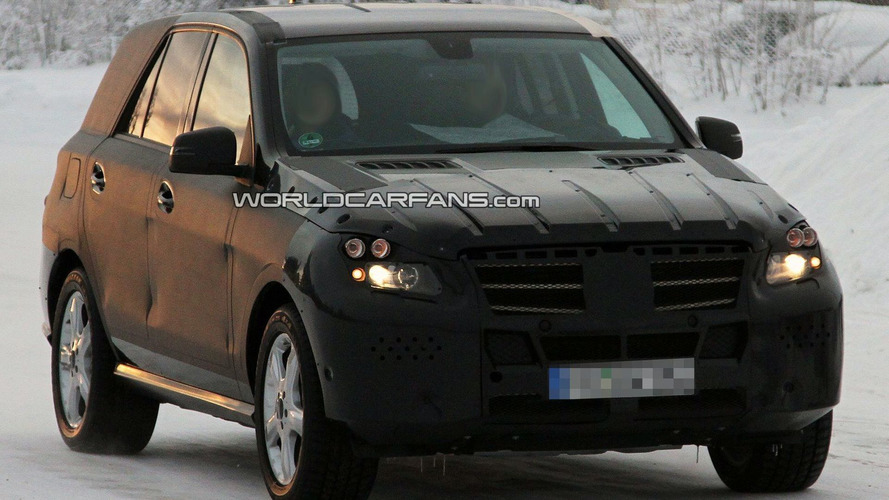 Just in time for the holiday season, Mercedes has begun cold weather testing of the next-generation ML-Class.

Just in time for the holiday season, Mercedes has begun cold weather testing of the next-generation ML-Class.

While little is known about the model, the prototype appears to feature sleeker styling, a reduced ride height, and longer rear doors. Despite this, speculation seems to suggest the new ML will be shorter than the model it replaces.

Power will be provided by a variety of engines, including a 3.5-liter V6, a 5.5-liter V8, and a 3.0-liter turbodiesel V6. The range-topping AMG model will likely adopt a twin-turbocharged V8 with at least 570 hp (425 kW). A gasoline-electric hybrid (like the ML450 Hybrid) will undoubtedly be offered, while a plug-in hybrid remains a possibility.

Expected to wear the W166 codename, when it goes into production in October 2011, the new ML will likely be launched as a 2012 model. It will be built at Mercedes' Tuscaloosa assembly plant alongside the GL-Class, the R-Class, and the C-Class.