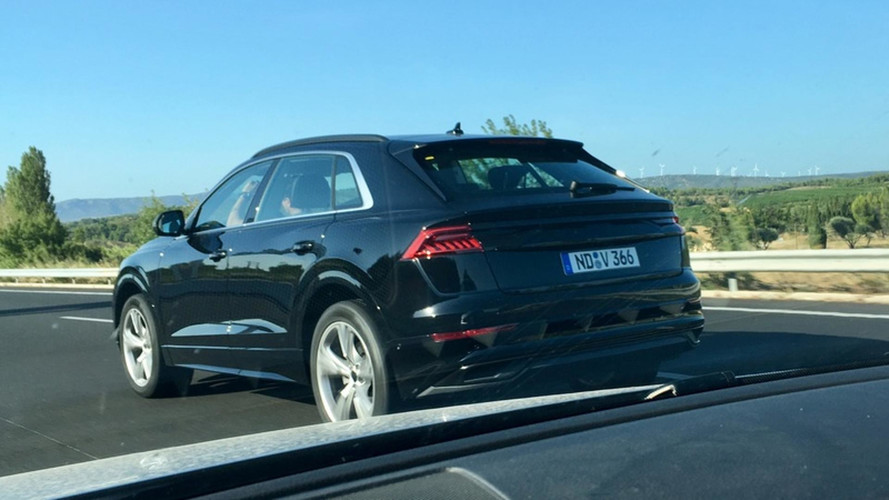 Getting ready for a debut next year.

A member of the AutoPareri forum has posted a very revealing spy photo of the upcoming production Audi Q8. At this point, it’s not clear where the prototype of the SUV has been spotted, but we assume it’s been somewhere in Germany judging by the German registration plates.

We were already familiar with the overall shape of the car thanks to previous spy photos and videos. However, this is the first time we can take a closer look at the design of the rear end with no camouflage. It features super sleek taillights, stylish roof spoiler, and a massive bumper diffuser with two integrated exhaust pipes.

A quick comparison (below) with the Q8 Concept shows the German designers will remain as close to the study as possible in terms of design. It will be interesting to see whether the final production model will come with the reflector LED strip connecting the taillights or no. Also, the diffuser appears to be slightly less aggressive, but that’s a natural effect of the transition from a concept to a production vehicle.

The Q8 will borrow its platform and technologies from the Q7 and the next-generation Volkswagen Touareg, and is set to become Audi’s flagship SUV. Expect to see a staggering price tag exceeding €100,000 (about $112,000) for the high-end versions. The model’s lineup will most likely include a range-topping RS version, as recently the German brand filled a trademark for the “RS Q8” moniker.

This spy photo shows Audi is probably in the final stages of the development and testing of the Q8, which hints the automaker will most likely live up to its promise and reveal the car next year. Production of the model is scheduled to start next year at Volkswagen Group’s plant in Bratislava, Slovakia. Our bet is we’ll get to see the vehicle in Detroit in January 2018, exactly one year after the debut of the Q8 Concept at the same event.