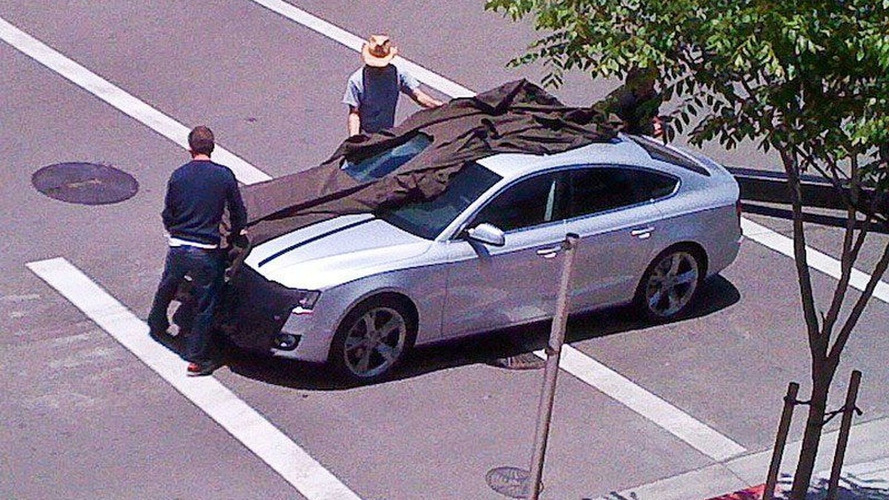 A beady eye has caught these clear images of an uncovered Audi A5 Sportback while it was being officially shot for what is presumably part of a marketing campaign.

The Audi A5 Sportback has been out and about it seems. These spy pictures of the four door hatch/ coupe were taken during a campus photo shoot in which the car was starring. Presumably the resulting official pictures will form part of a soon-to-launch marketing campaign, perhaps end up in a leaked brochure? We can only wish.

Nevertheless these are clear enough to indicate where the A5 Sportback lies in terms of positioning and styling. For the family man who desires the fastback action of the A5 coupe's lines but can't convince the missus of the importance of a sporty two-door GT to a man's overall wellbeing, the Sportback calls. Imagine 480 litres (980 with rear seats folded) of cargo space wrapped around the elegant alloy sheets and housing some of the most rewarding engines around. That is the Sportback; space plus performance.