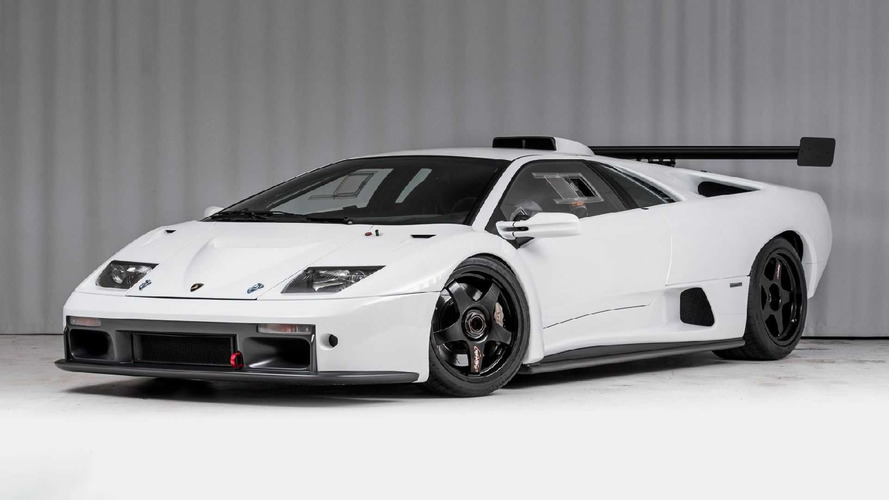 In search of a new soul mate? Forget Tinder, this rare Lamborghini Diablo GTR is anything you'll ever need in life. Introduced new in 1999 at the Geneva Motor Show, the hardcore Diablo comes pre-loaded with 590 horsepower (440 kilowatts), 472 pound-feet (640 Newton-meters) of torque, and an aggressive exterior. Only 30 original examples were built, but this has recently come up for sale on the used market.

Built on the body of the already impressive Diablo GT, the GTR added even more lightness with a stripped out interior, tipping the scales at just 3,076 pounds (1,395 kilograms). Things like the air conditioning, stereo, and sound proofing were scrapped in place of racing seats, a six-point harness, and a roll cage.

The aluminum alloy body panels were aided by new carbon fiber features like a front splitter and side skirts, as well as reinforced plastic throughout. The suspension was stiffened and lowered, and the racing-spec Brembo brake calipers were installed. This car was built specifically for use on the track, meaning it isn't exactly street legal.

Brand new, the Diablo GTR would set buyers back a whopping $310,000. Though the seller doesn’t say how much this used example will go for, don’t expect it to come cheap. Interested buyers can head over to the Formula Automobile website and inquire.