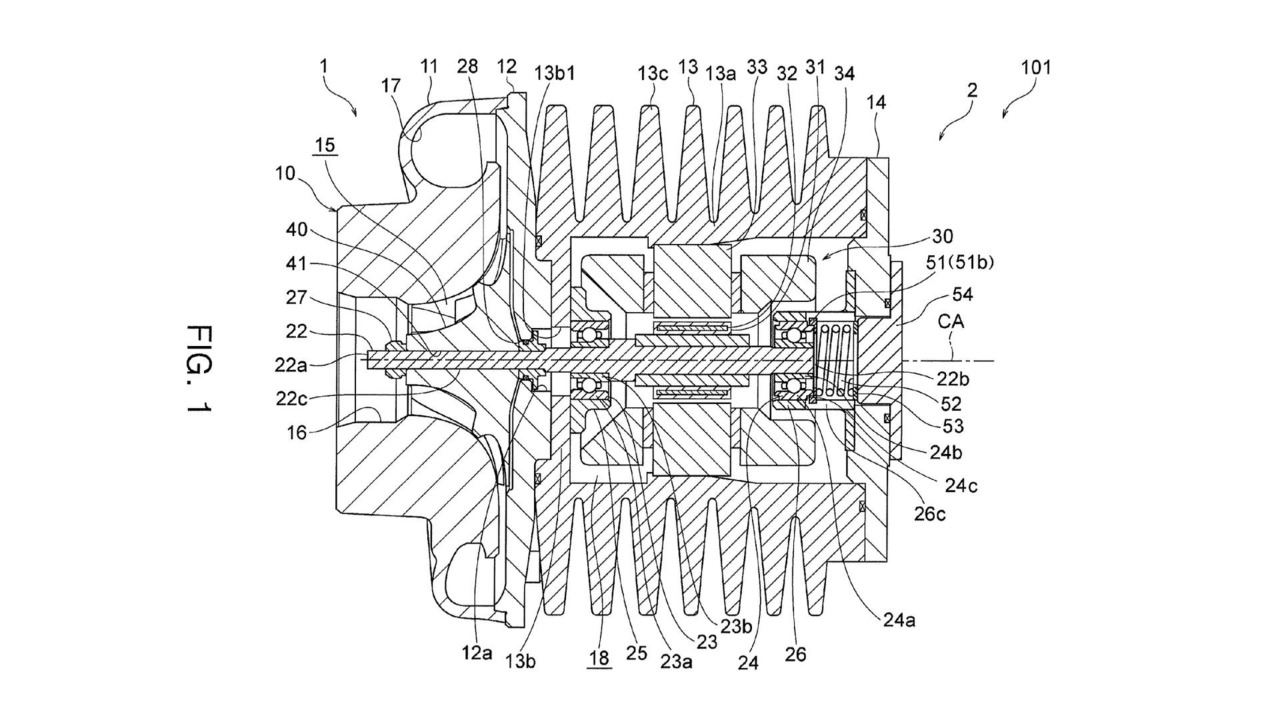 Toyota filing a patent for a better way to build an electric supercharger hints the company might put one into production.

A newly published patent from Toyota reveals the automaker’s work on an electric supercharger that would be easier to assemble and possibly more durable.

The explanation in the patent is highly technical and involves the assembly of the bearing that helps the turbo spin. Toyota’s idea uses a coil spring instead of plate springs. In addition to being easier to build, the new spring would apply more consistent pressure, which allows for better durability and higher performance when spinning at high speeds.

This document hints at several things about Toyota’s work. First, it shows that the company is at least looking internally at how electric superchargers work. Second, the patent indicates that development is far enough along for the automaker’s engineers to consider how they could build the parts better.

Toyota filed for this patent on May 8, 2015, and the United States Patent and Trademark Office published it on March 22, 2017. With access to this tech for so long, it’s possible that Toyota could begin incorporating it into production vehicles relatively soon.

The next-gen Toyota Supra is the first application that comes to mind for this tech. Many rumors indicate there could be a hybrid variant of the upcoming sports coupe. A boss at Toyota Motorsport GmbH also confirms that the engineers there are helping with an electrified engine that’s also turbocharged, but he doesn’t say whether the mill is for the new model. By using a motor to spin the impeller that sucks in air and compresses it into the cylinders, this patent could apply to that powertrain.

Audi already shows the promise of using electric supercharging on its latest SQ7 TDI. The extra assistance lets the 4.0-liter V8 diesel produce 429 horsepower (320 kilowatts) and 663.8 pound-feet (900 newton meters). It gets the big crossover to 62 miles per hour (100 kilometers per hour) in as little as 4.8 seconds.