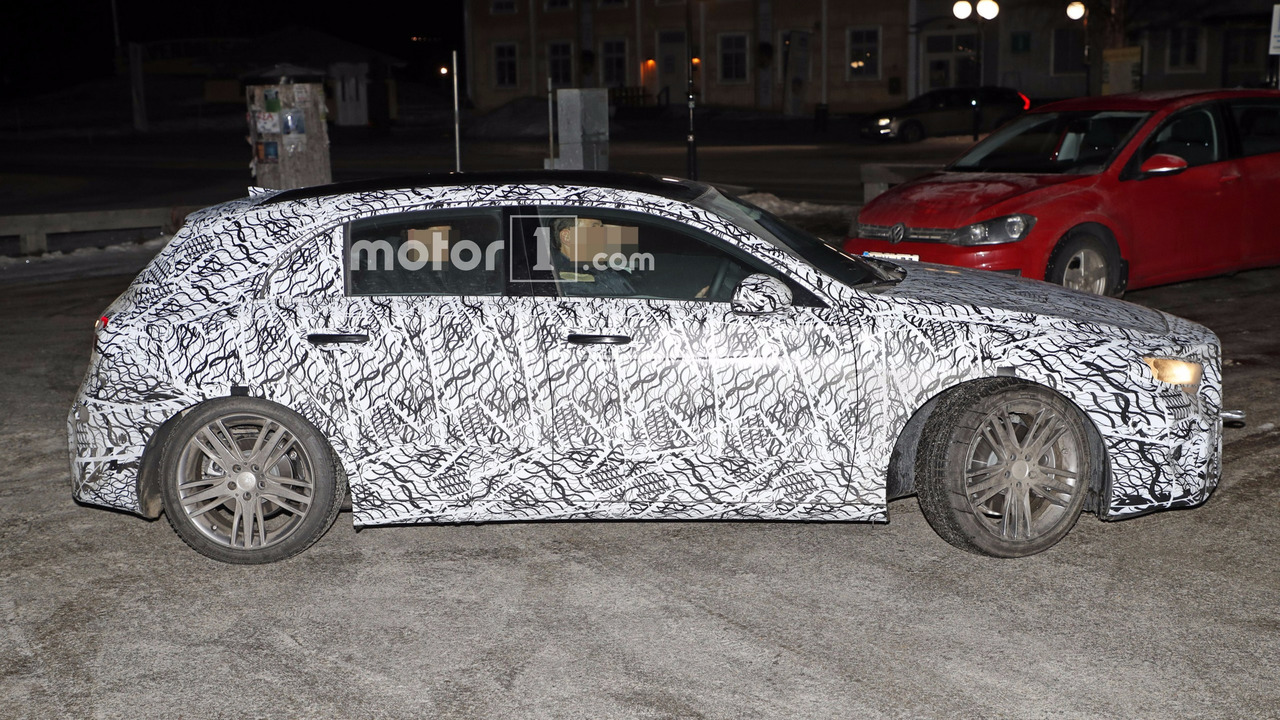 A fresh batch of spy shots is also providing a first glimpse of the interior cabin.

Work on the all-new, fourth generation Mercedes-Benz A-Class continues, as spy photographers have managed to take shots of a prototype, undergoing cold winter tests in Sweden. The test drivers of this car have decided to take a short break for some shopping, giving our spies the chance to spend some time around the vehicle taking photos of the exterior and interior.

The new A-Class is finally shedding the heavy disguise which is replaced by less obtrusive coverings. The camouflaged foil is now giving us a better look at the overall shape of the vehicle, which won’t change that much compared to the current model. The vehicle will be slightly bigger than its predecessor, which will result in a roomier cabin with more legroom and a bigger trunk. What’s even more important, the trunk opening will also be bigger than before, allowing for easier loading.

Speaking of the rear end, the prototype is finally ditching the fake taillights for what appear to be production clusters, positioned horizontally and split by the boot lid. These wider taillights not only enhance the visual feeling of a wider car, but once again suggest the new A-Class is actually going to be a tad wider than the current model.

Our photographers have also managed to get the first interior photos of the car, revealing major changes for the dashboard. The tablet-style center display of the current A-Class is apparently going to be replaced by a bigger screen, while the instrument cluster will be fully digital, just like in the E-Class and S-Class. Of course, this high-tech display won’t come as standard and will be offered for the higher-grade versions.

Based on the second generation MFA platform, the new generation of the German brand’s entry-level model will be the smartest A-Class to date. In addition to the new displays, it will likely be available with an array of semi-autonomous and safety systems, as previous spy photos have showed several cameras and radars mounted on the upper area of the windscreen.

We are still waiting for an official confirmation from the automaker, but sources say the new A-Class will make its global premiere at the 2017 Frankfurt Motor Show in September. Initially, Mercedes will sell the core part of the range, including the base three-cylinder version and other four-cylinder diesel and gasoline variants. They will be joined by the range-topping A45 AMG at a later date – probably turning the car into the first production A-Class with 400 horsepower (298 kilowatts).