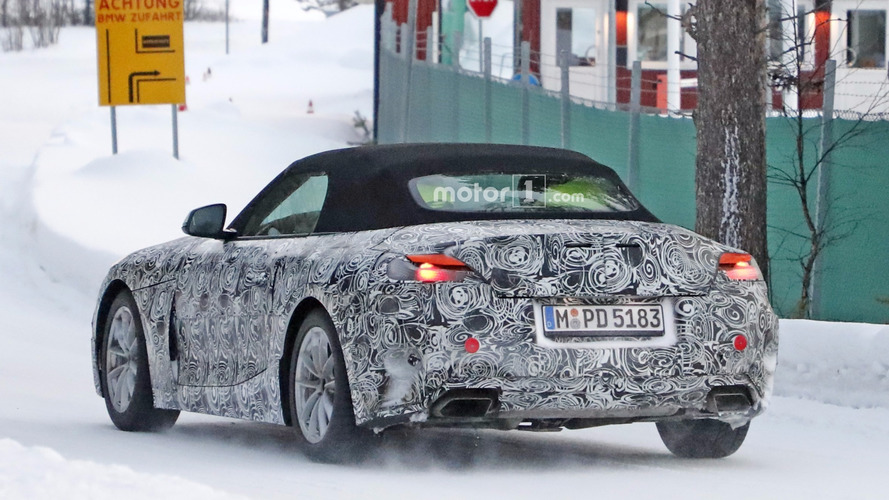 The two-seat ragtop is expected to get an AWD hybrid version.

The BMW Z4’s replacement was spied for the first time a little over a year ago and since then all of the batches of photos we’ve shared showed prototypes featuring circular exhaust tips. This test vehicle is different than all the others as it has more angular exhaust finishers and obviously different rear bumper cutouts. These still don’t look production-ready, but at least we have a better understanding of how the final version will look like.

The shape of the headlights and taillights is unlikely to change on the production model, while the body is still hiding its design under extra panels attached by using black rivets. You can see these on the trunk lid as well, so most likely the spoiler lip will not be as prominent as this prototype wants us to believe. BMW has applied the same type of double camouflage on its X7 luxobarge caught last week.

The Z5’s alter ego, the Toyota “Supra” (name not confirmed), was spotted just yesterday. While the former will be available exclusively as a roadster with a soft top, the latter will be sold strictly as a coupe with a fixed metal roof. By making the switch from the Z4’s hardtop to a fabric setup, BMW will be able to shave off a considerable amount of weight and also free up more space inside the trunk.

Expect the dynamic duo to share a variety of BMW-sourced four- and six-cylinder engines as well as a hybridized powertrain derived from Toyota’s Le Mans race car. A fully fledged M version of the Z5 has already been ruled out, so most likely the range topper will be the electrified variant said to offer all-wheel drive.

Both should be revealed before the end of the year and are reportedly programmed to enter production in 2018 at Magna Steyr’s factory in Austria where a total of 60,000 units will be made annually.