The RS trio will be more powerful than the Porsche Panamera 4S from where it will inherit the engine.

A Motor1 reader has sent us an image, which we’re not allowed to use, with a slideshow from a dealer presentation in Norway concerning three upcoming RS models from Audi Sport: RS4 Avant, RS5 Coupe, and RS5 Sportback. The fact that the first two will share a biturbo 2.9-liter TFSI V6 engine from the new Porsche Panamera 4S is not exactly news taking into account Stephan Reil, engineering boss of Audi's Quattro GmbH division, revealed the important information back in September last year. What he didn’t tell us is the two will have more power and will be joined by an RS5 Sportback.

Indeed, the Panamera 4S has 440 horsepower (324 kilowatts) and 406 pound-feet (550 Newton-meters) of torque on tap, while the new RS models will have 450 hp (335 kW) and 442 lb-ft (600 Nm). That’s going to be enough Porsche power to enable the hot Audis sprint to 62 mph (100 kph) in less than four seconds and top out at an electronically capped 155 mph (250 kph), according to the slideshow. Buyers willing to spend more to reach higher velocities will be able to ask Audi to loosen up the limiter and allow the RS models reach 174 mph (280 kph) via the optional dynamic package. 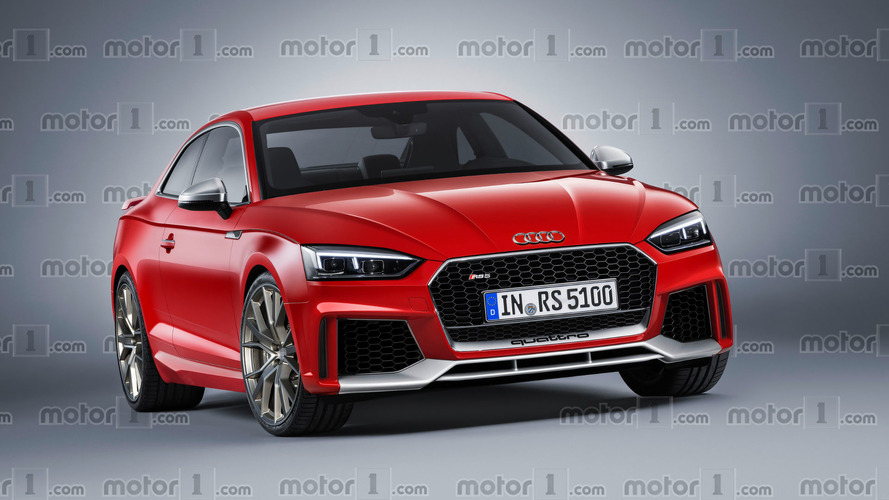 The dealer also spilled the beans regarding when the cars are going to hit the assembly line. The RS4 Avant’s start of production according to the slideshow will be in December 2017, while next to the RS5 Coupe was written June 2017. According to our reader who was at the presentation, the RS5 Coupe is production-ready while the RS4 Avant is currently in the last stage of development. As for the RS5 Sportback, it’s not clear from the photo when it’s due to enter production, but it will arrive after the other two.

Based on the production dates we have, the RS5 Coupe could be unveiled in March at the Geneva Motor Show whereas the RS4 Avant might debut in September in Frankfurt.