This is the first Bugatti Chiron crash 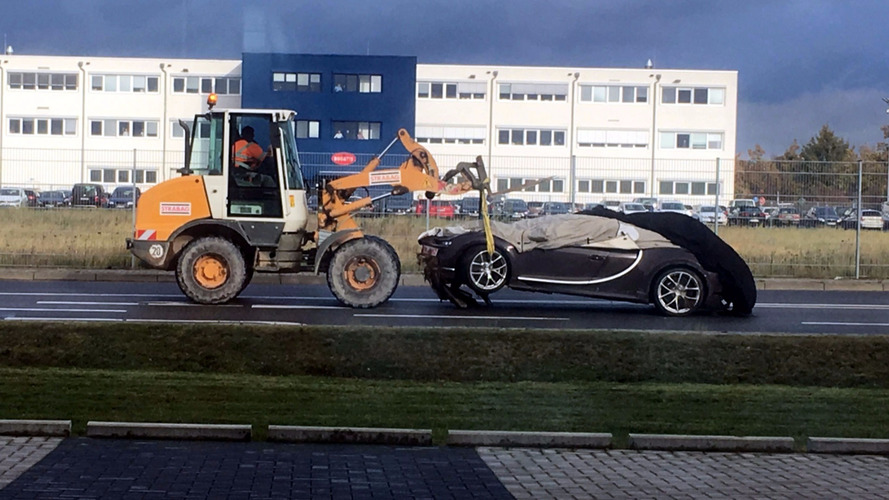 Someone has crashed a Bugatti Chiron already.

This particular Chiron can’t have been more than a couple of months old when it suffered this indignity. When the image first surfaced on GTboard’s Facebook page, little was known about the circumstances. However, German magazine Bild reached out to Bugatti for comment and spokeswoman Manuela Hohne responded: “The driver was unfortunately a little inattentive, which is why the car landed in the road ditch. Fortunately nobody was hurt.”

It still isn’t known where the crash happened - though the license plates on the cars in the parking lot would suggest this image was taken somewhere in Western or Central Europe. Equally, it isn’t known why the Chiron is being dragged along by a forklift, though it could be the vehicle that dragged the Bug out of its ditch.

Even with four-wheel-drive and nuclear fail safe-like traction control, injudicious use of the Chiron’s monstrous 1,500 horsepower (1,120 kilowatts) will quickly lead to big, big trouble. This is a car that will explode from 0 to 60 miles per hour in 2.5 seconds, and run headlong to a limited top speed of 261 mph (420 kilometers per hour), after all.

The damage here looks fairly substantial. Which is to say “expensive”. Remember, though, that the Chiron carries a list price of around $2 million. So even if it costs $200,000 to fix up, that’s still only a tenth of the sticker. Proportionately, you’ll pay just as much, if not more, to put a new bumper on a Toyota Corolla.