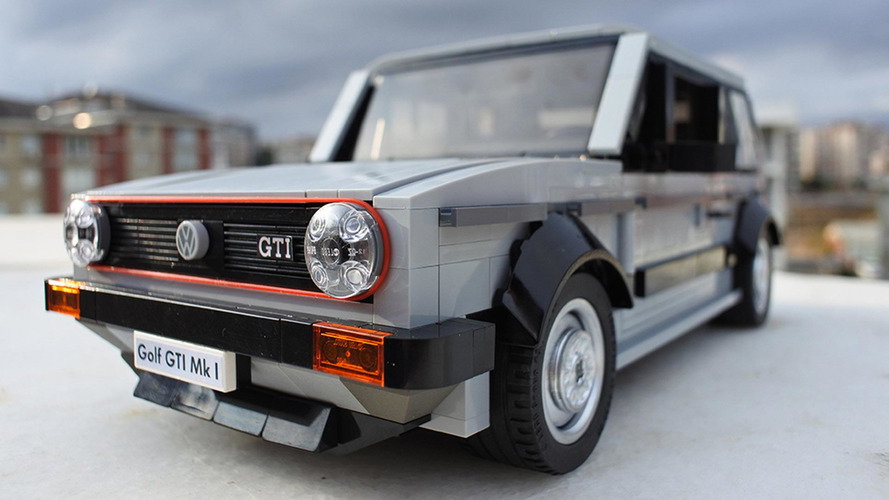 There's still a long way to go until you can build this kit and put display the tiny hot hatch.

The original Volkswagen Golf GTI is the definitive hot hatch, and its perfect combination of affordability, performance, and utility makes the little vehicle an icon. Unfortunately, even the newest examples of the MK1 GTI are pushing 30 years old, and it’s getting harder to find a good one. You might soon be able to park one on your desk, though. A creator on Lego Ideas is looking for support for the toy brick company to bring this attractive, little model into production.

The design mostly nails the GTI’s look, but the crease in the shoulder line is too exaggerated on this version. The builder really gets into the details, too. For example, there’s the right GTI emblem in the grille and custom decals on the rear. If work gets too overwhelming, it’s easy to imagine pushing the car around your desk and imaging taking some tight corners.

The interior’s construction is quite an accomplishment, too. There are custom stickers that recreate the GTI’s steering wheel and center stack. The striped seats are an especially cool touch, but we wish it were possible to recreate the real vehicle’s plaid seats in Lego bricks.

According to the creator, the model GTI uses 1,278 parts. A photo shows that it’s roughly in scale with Lego’s existing 1,167-piece VW Beetle model, and the pair would look fantastic together on a bookshelf.

As of this writing, the GTI has 1,339 supporters of the 10,000 that Lego Ideas requires before the company’s review board considers putting a kit into production. The project still has 589 days to reach that milestone, so there’s still plenty of time for getting another 8,661 votes.

A successful Lego Ideas campaign was responsible for the Caterham 620R kit that recently arrived on toy store shelves. Not only does the creator get the pride of seeing his or her creation on the market, but Lego also pays a royalty on the set’s sales.