More of a tall wagon than a trucky SUV, the Maserati Levante hits the sweet spot for enthusiasts and brand snobs alike.

Is there any logical reason for Maserati to build the Levante, the first sport-utility vehicle to emerge from an Italian performance car manufacturer? Ask a contatore di fagiolo in Modena, and it’s clear: the brand needs working capital to continue to build true sports cars, and an SUV is the path toward the ducats. When it comes to SUVs from unexpected manufacturers (i.e. performance brands), my expectations tend to be low. The race is no longer to build “a truck,” but to fashion a natural, truck-like extension of the brand. And Maserati, just like Rolls-Royce and Lamborghini, probably thinks it’s time that you stopped asking why a sports car brand also builds SUVs.

I’m thinking out loud, as I toss the Levante around a narrow stretch of road that snakes through the hills of the Monterey peninsula that’s a veritable Nürburgring for central California. In the first decreasing-radius, uphill turn, I drop down a gear and let the Ferrari-developed engine sing, hugging the inside while avoiding a precipitous, unguarded drop down the mountain. The Levante thinks nothing of taking on a downhill hairpin that would flummox a performance sedan of the same size, and it’s unfazed by elevation changes, wide-open stretches, and a sweeping corner. All this, while I’m practically surrounded by invitingly touchable leather more appropriate for handbags and gloves, coddled over eight inches above the ground.

Roads like this one are meant to allow sports cars to hustle, which is why it was a perfect fit for a first drive of the Levante. As I rounded the second hairpin, downshifting from second to first gear, the engine screaming and the exhaust note popping, everything made sense. This is just a taller Maserati. And it’s extremely likable, right away.

A high beltline gives the Levante stance and presence, causing onlookers to wonder if it’s the size of a Macan or a Cayenne. (It’s the latter.)

The Levante arrives at a turning point for the SUV market. Remember the Kubang, Maserati’s first take on an SUV concept? It was shown about five years ago, tantamount to an entire vehicle lifetime. Whereas it was once important for a car company to imbue rough-and-tumble toughness in an SUV to confirm its authenticity, the mandate has changed. The point of differentiation for automakers is now how effectively they can infuse the essence of the rest of their product lineup into a taller, ganglier ute. Witness the transformation of products like the Mercedes-Benz M-Class, which helped to define the segment, to the more refined, car-like GLE. The vocabulary to describe SUVs is changing.

The Levante continues the traditional Maserati nomenclature of being named after a famous type of wind; if you’re not a meteorologist, you can impress one by knowing that ‘levante’ refers to a Mediterranean wind associated with high-pressure weather systems. It’s a nod to tradition in an otherwise non-traditional product. Few Levante buyers will be concerned with the origin story, which includes contributions from the former DaimlerChrysler empire: from a German-engineered chassis to American-designed switchgear. Rather, they’ll have their eyes on the enormous trident on the vertical-slat grille that establishes the Levante as an Italian object of aspiration.

Borrowing a lot from the Porsche Cayenne in terms of shape and function, the Levante is wholly Maserati but feels like it has a doppelganger or two. That helps explain why the Levante resembles more of a hypothetical Ghibli wagon than a Toyota Land Cruiser. It does more than just look like a Cayenne: it feels like one, too, when you open the sizable front door and slide in at sedan-like height. A high beltline gives the Levante stance and presence, causing onlookers to wonder if it’s the size of a Macan or a Cayenne. (It’s the latter.) Despite its overall size, the Levante’s cargo space behind the rear seats falls short of the BMW X5’s and Porsche Cayenne’s – but owners won’t be using their Levantes to move 2x4s. 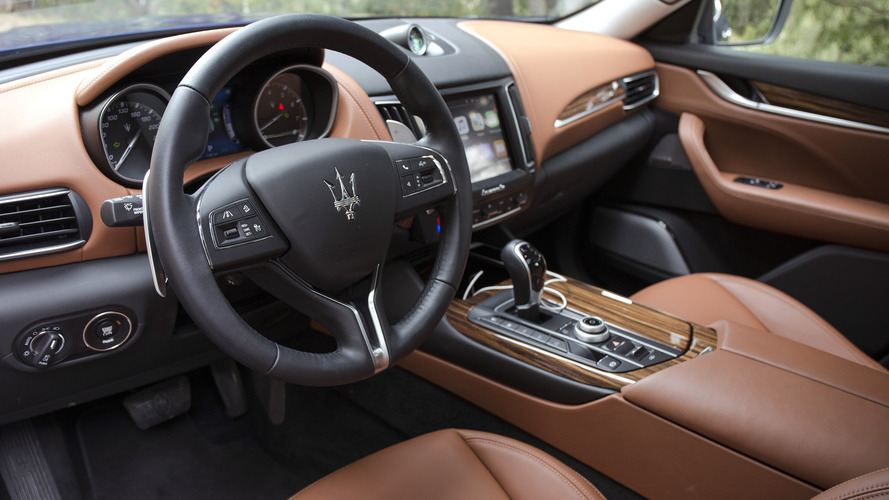 A closer look at its design reveals beautiful cutlines and surfacing on the outside, and exquisite stitching throughout the cabin.

A closer look at its design reveals beautiful cutlines and surfacing on the outside, and exquisite stitching throughout the cabin. Interior trim is sumptuous without being over the top, although you can order Zegna silk trim for the seats and door panels. (This tester did without the fripperies.) Yes, some of the switchgear looks like it came from a Chrysler 300 or a Ram 1500, but remember that those pieces derive from Mercedes-Benz models.

The infotainment system is at the top of its class, with a clever CarPlay interface and abundant features integrated into the touchscreen. By contrast, the user interface for drive controls could use a more logical rethink; you need a basic understanding of Maserati’s ABCs to understand what efficient I.C.E. mode does, compared to Sport and Off-Road. I.C.E. functions like some competitors’ Eco or Comfort modes, but the name reads more like a smartphone emergency contact. Tried as as I did, I wasn’t able to spend any time in Off-Road mode, where ground clearance increases to 9.7 inches, useful for muddy trails to the luxury cottage.

I hit the back roads of Monterey hard in an almost-U.S.-spec Levante S. There won’t be too many changes other than translating kilometers to miles on the gauges, and certainly no muffling of the sonorous engine note. The Levante will be available in standard and S trims, the latter designating increased horsepower and a wider roster of features included. Under the hoods of both models is a biturbo 3.0-liter V6, which makes 345 horsepower in standard form, and 424 in the Levante S. Maserati estimates a 0-to-60 time of about six seconds for the Levante and 5.2 for the Levante S, positioning the two as performance SUVs by default. Unlike the Ghibli, the Levante will be offered only with all-wheel drive in the United States. 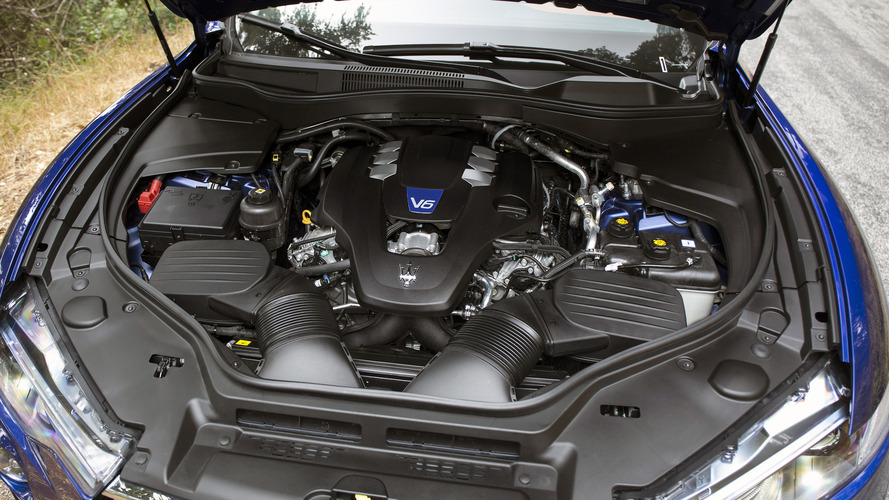 Step hard on the gas pedal and let the RPMs soar, and the exhaust note responds with atonal furiousness.

Step hard on the gas pedal and let the RPMs soar, and the exhaust note responds with atonal furiousness, huffing and crackling indeterminately between gearshifts. Left to do its own thing in automatic mode, whether or not in Sport mode, the eight-speed automatic transmission clicks off quick shifts with gusto. Over the undulating hills of my new favorite back road, the Levante felt its size, which is to say a little bulkier and more top-heavy than expected. Engage the sportier of the two sport drive modes and a firmer suspension comes to life – four-corner air suspension is standard on every Levante – but it doesn’t do much for the way things feel. Regardless of the chosen suspension setting, the firm ride exposes every undulation and cranny of tarmac. A Rolls-Royce Ghost, this is not.

I ran out of runway to try out the Levante at serious speed, but it felt solid and planted in hard-driven everyday travel. Quick steering with heft for accuracy, not effect, made it a pleasure in the switchbacks. The magic comes from the steering’s well weighted hydraulic assist, as opposed to the dialed-in electric power steering of most of the Levante’s competitors. In I.C.E. mode, the Levante calms down a bit, softening its reflexes for supposedly better efficiency. 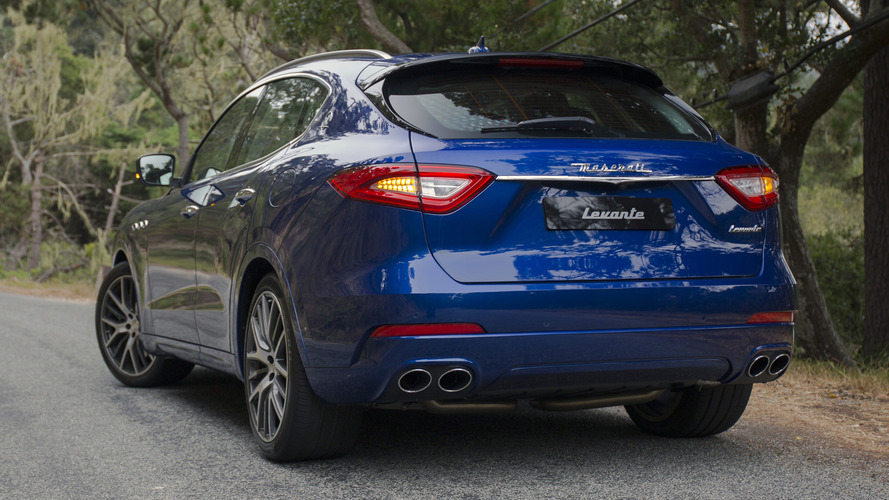 Maserati’s product portfolio exists in a bubble unto itself, and casting a wider net will only have a positive effect on the number of enthusiasts brought into the fold.

After just a short time behind the wheel, you come to love the way the Levante isn’t trying to fool you into believing it’s a low-slung hypercar. It’s a tall wagon tuned by Maserati. Enthusiasts should applaud Maserati’s candor, in this regard.

If the Levante has any significant flaw, it is existential. While Maserati was toiling to bring the Levante to life, in what seems like an eon since the aforementioned Kubang concept first debuted, the competition has grown ever stronger. The Jaguar F-Pace does almost everything the Levante can do, and at almost half the price. It’s unlikely that Maserati and Jaguar customers will cross-shop, but it’s worth noting how similar the two are – particularly the 380-hp F-Pace 35t R Sport – in terms of road manners and overall performance. Maserati’s product portfolio, however, exists in a bubble unto itself, and casting a wider net will only have a positive effect on the number of enthusiasts brought into the fold.

If you’re considering a performance-focused SUV, add the Levante to the list if you have the cash and value the trident that everyone else will see. Logic and reason will catch up shortly.