Can Autocrossing a 2016 Toyota Prius and RAV4 Hybrid Actually be Fun? First Drive 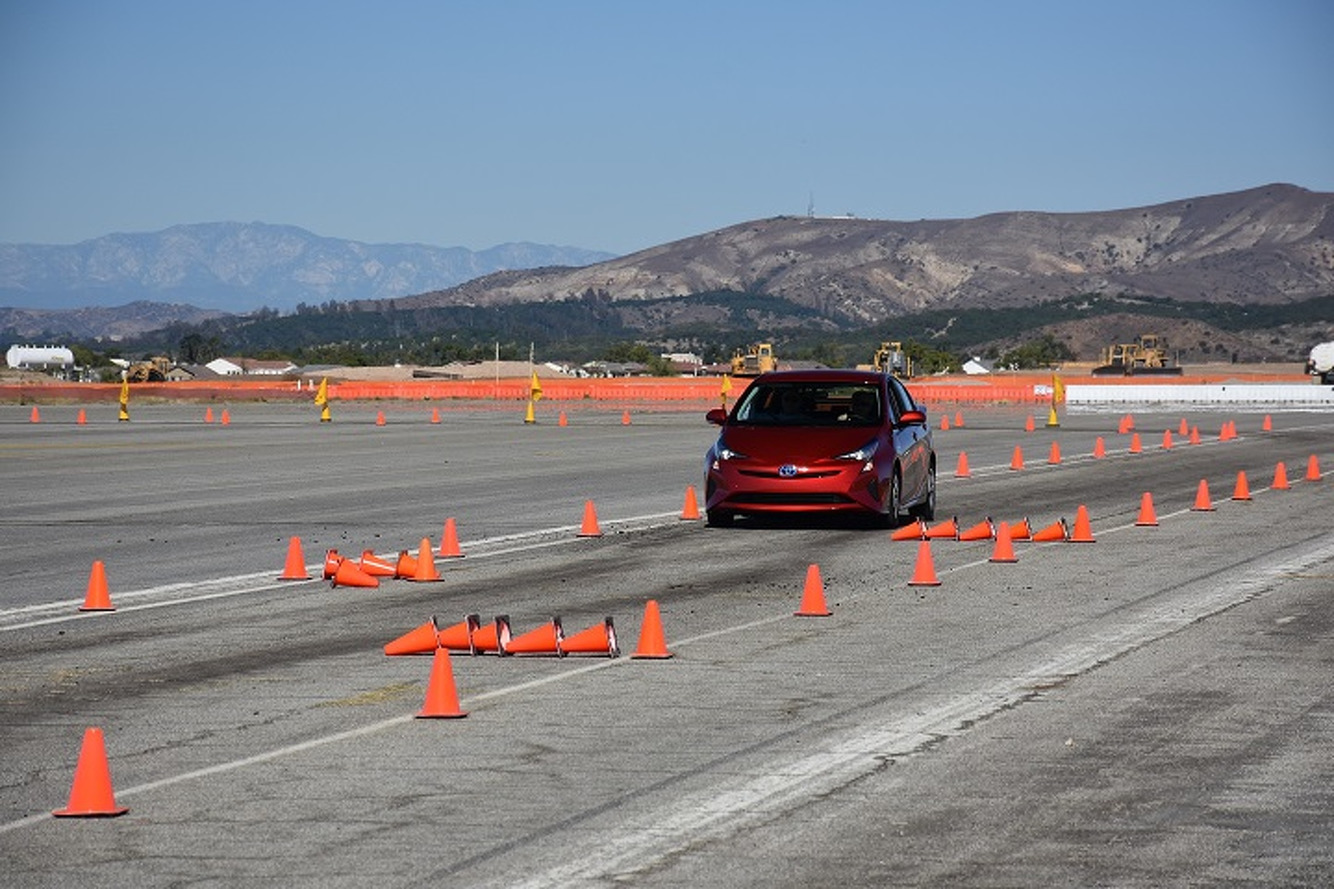 Can Autocrossing a 2016 Toyota Prius and RAV4 Hybrid Actually be Fun? First Drive

For the longest time, the term 'hybrid' was reserved for box-like economy cars taking up the left lane of the highway, going 15 mph under the speed limit, and usually donning a bumper sticker wishing harm to meat-eaters. Or so the old stereotype goes...

Standard hybrids typically aren’t meant to be driven with passion, they’re meant to be driven with efficiency and city commuting in mind. Yet there we were, behind the wheel the new Toyota Prius and RAV4 Hybrid staring down an autocross circuit. Whoever in Toyota's PR department thought this was a good idea was absolutely right about that.

The 'Boring' Stuff The new Toyota Prius and RAV4 Hybrid aren’t meant for people that turn up Deep Purple’s Highway Star blazing through the desert at three o’clock in the morning. These cars are meant to get you from point A to point B, return excellent fuel economy, and envelop you in a sense of safety that rivals some German brands. And after testing each on the highway, in traffic, and around town—they do exactly that, no questions asked. While driving the new Prius—as if by magic—we managed to return 60 miles per gallon. That’s with our right foot filled with lead and our fists full of ham. Swapping to the RAV4, it too returned equally brilliant fuel economy as we scythed our way through the canyons around Dana Point, California. This is what Toyota hybrids do best and we expected nothing less.

Furthermore, both the new Prius and the RAV4 Hybrid have almost every safety system known to man. These keep you, your family, and those around you, supremely safe. The Prius, when bought with the TSS package, additionally includes collision mitigation, and both cars come with enough airbags to blanket everyone in the vehicle. This ultimately gives you the peace of mind not to worry about an accident, if one did actually happen. Better still, the price of the new Toyota Prius and the RAV4 Hybrid start unbelievably low, with the Prius coming it at $24,500 and the RAV4 Hybrid at $28,370. These cars—given their ability to return stupendous fuel economy and safety—are absolute bargains for average consumers. However, we’re not average consumers, so our eyes glazed over during the presentation until the Toyota reps said one word: autocross. RELATED: See more images of the 2016 Toyota RAV4 Hybrid

So Fun It Should Be Illegal Imagine yourself sitting on a start line. On your left is a man in a Toyota jacket holding a green flag. But you’re not driving Scion’s FR-S, or anything from Lexus, but rather, an econobox and a CUV with hybrid systems meant to deliver great gas mileage. For years, you’ve sat behind both the Prius and RAV4 in the left lane, with the drivers acting like they cure cancer on a daily basis, and you and your V8 are the devil. All that rage, all the anger you’ve been building up over the years is about to be unleashed. Just as soon as that flag drops. You’re expecting a 0-to-60 time calculated in minutes, and a turn in response that makes a battleship look like a Lotus Elise. Instead, you chirp the wheels and the first turn comes quicker than you expected. It’s so unexpected that you mow down the first few cones. The second, third, and fourth turns are much better, and by the time you fully appreciate all the engineering Toyota has done to improve the Prius and RAV4 Hybrid, your first session is over.

Rather than an experience devoid of soul and fun, both are hysterical. The Prius’ CVT transmission makes it perfect for an autocross circuit since it holds the revs high through turns. That means you can get on the gas earlier and absolutely dominate chicanes. As for the RAV4 Hybrid, the chief engineer started his career as a chassis engineer, and that shines through. Even with its higher center of gravity, you can push deeper and deeper into its capabilities. We can’t expound enough on these two car’s brilliant chassis designs and the fun they allow.

The Verdict Honestly, you should probably buy at least one of them. Both the Prius and the RAV4 Hybrid are cheap, great cars with little to complain about. For instance, Toyota completely reengineered the sound deadening material in both, and at highway speeds, you can speak in hushed tones as if telling someone a secret. (That secret, Toyota built a fun Prius.) We never thought the day would come where we, as enthusiasts, would recommend any sort of affordable hybrid. Yet that’s exactly what we’re telling you. Toyota took something we normally hated, something that made our skin crawl, and turned it into something we didn’t want to get out of. If you don’t believe us, ring up Toyota and ask if you could autocross one of these cars. By the end, you won’t be able to stop smiling.