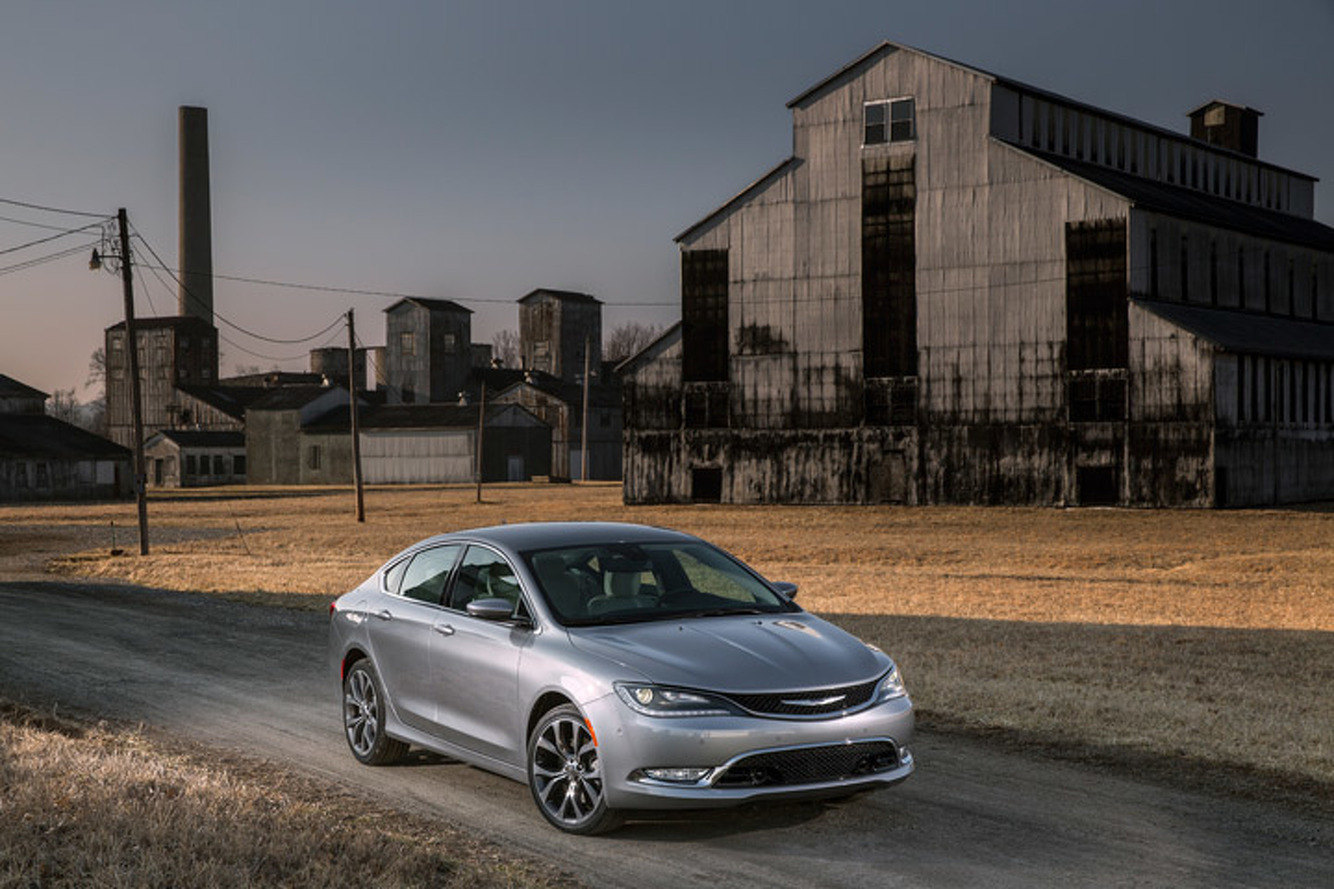 This isn’t your aunt's old Sebring.

Preconceived notions can be tricky. Keys in hand, I slid into the driver’s seat of the all-new 2015 Chrysler 200, already somewhat sure of what I was about to experience. I clicked through the rotary gear select, set off down the road, but after not long at all…the 200 hit me like a bolt from Cupid’s quiver.

This isn’t your aunt's old Sebring. Rather, Chrysler’s refreshed entry in the midsized segment is a big improvement on the previous model and a serious competitor for a spot in your driveway. The 200 ships in four different configurations, from the base model 200 LX ($21,700) all the way up to the V6-equipped and all-wheel-drive toting 200C (tested at a near fully-optioned $36,365), which I found myself in. The revelations came on quickly.

Chrysler has done a bang-up job on the performance of the 200C’s 3.6-liter Pentastar V6. Mated to the marque's all-wheel-drive system and standard nine-speed automatic, the 295-horsepower 200C feels comfortably planted on tight switchbacks yet remains smooth over dimpled pavement. The all-wheel-drive system can even vector up to 60 percent of engine torque to the rear wheels, not bad for a reasonably priced family sedan. And while there’s a certain school of thought that believes nine speeds are about four too many, it just isn’t true in the case of the 200. Shift the rotary gear dial into Drive and the automatic gearbox clicks relatively seamlessly through its cogs in normal driving, all the while providing adequate grunt for keeping pace on long inclines and in overtaking.

But the real fun lies in the 200’s wheel-mounted paddle shifters. Chuck it down two gears while cruising and the V6 belts out a sonata of surprising magnitude – a sense that some Fiat and Alfa Romeo DNA have made the migration across the corporate structure. While the previous 200 and its elder Sebring weren’t far from vanilla, the redesigned 200 evokes a bit more of a mint chip flavor – just the right amount of zest and palate cleansing. The 200’s new front fascia, equipped with its swooping LED lights and crescent grille, successfully pulls off an understated yet refined up-market look. Follow it along the car’s flanks and you’ll find an athletic shoulder line, leading into a clean and tucked rear end.

Inside, the 200C looks and feels more and more premium. Its well-sorted leather upholstery complments the 200’s amalgam of fine plastics and wood grain in the dash. The blue backlight gauge cluster is a welcome addition and remains easily readable, as does Chrysler’s Uconnect infotainment system. The 8.4-inch touchscreen corrals every function in one place, but thankfully for the less intuitive among us, many of those features can be readily accessed from the steering wheel or lower console. Safety and convenience features include stop-and-go Adaptive Cruise Control, full-stop Forward Collision Warning, Lane Departure Warning, and parking assists, among a variety of others.

Downsides? The midsize segment is already a packed roster with some truly exceptional offerings in performance, efficiency, and style. If you’re of a significantly vertical build (above six feet tall), you might find the rear legroom a bit on the tighter side. The 200’s four-cylinder and V6 net an admirable 36 and 32 miles per gallon highway, respectively. However, competitive gas-misers in its class like the Mazda6 offer up an even greener 40 mpg highway. It’s hard not to sing the 200’s praises though. When Chrysler first adopted the catchy “Imported from Detroit” slogan, I thought, “Hmm … clever ad men, but you can’t fool me.” Well, consider me a bit taken. The 200C is a likable, refined runabout that catapults Chrysler’s midsize offering to another strata. You’d be remiss not to give one a spin.