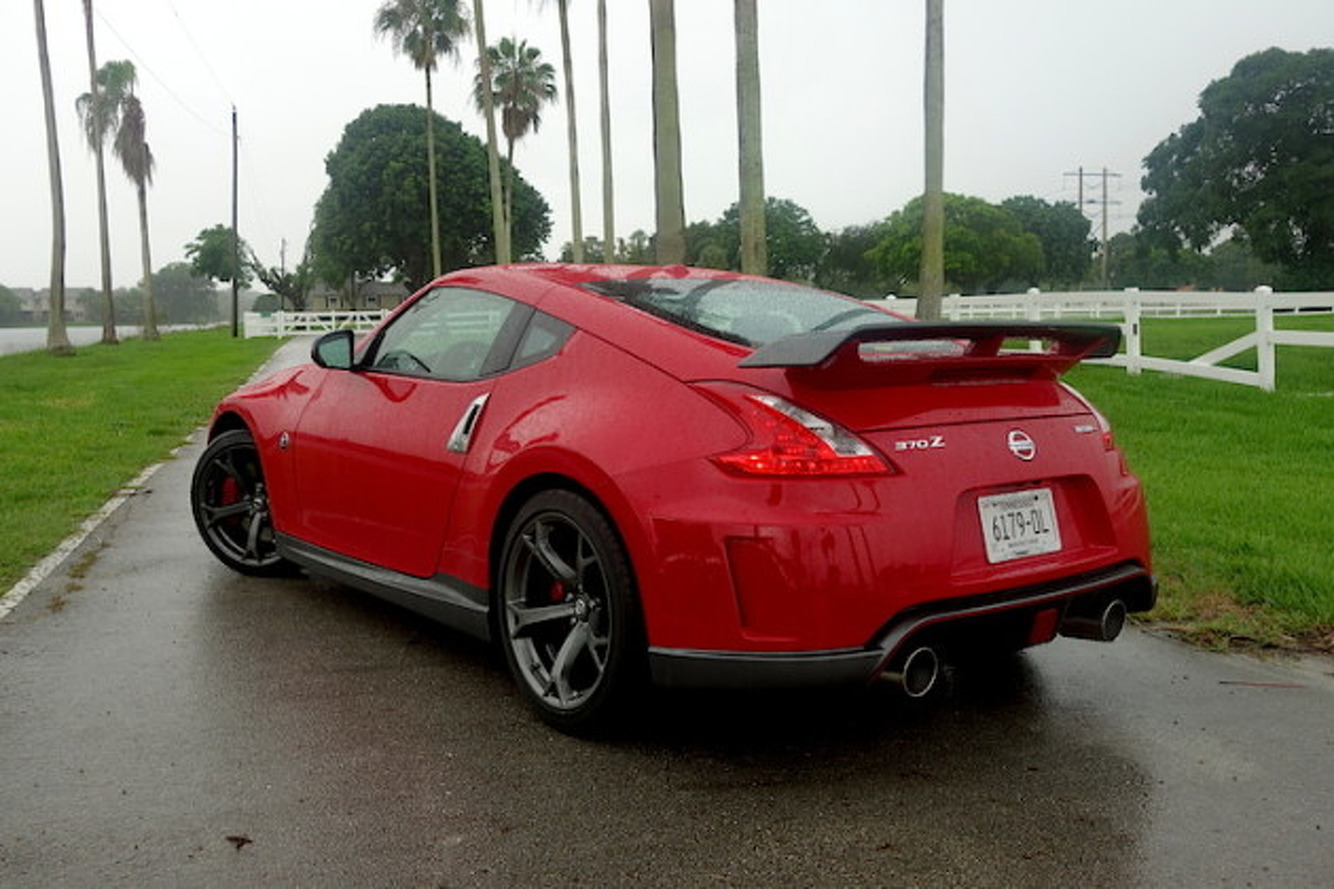 I don’t particularly like the Nissan 370Z. It’s too mushy and soft and the powerful-enough V6 doesn’t satisfy my appetite for performance around corners as opposed to straight lines. It’s not a bad car, per se, I just really don’t like it. But when Nissan told me they were giving me a 370Z Nismo to drive for the week I admittedly had two immediate thoughts: “It’s going to be red,” because it always is. And, “I’m going to not like it so much,” because of my previous predispositions. But boy am I about to look dumb.

You see, where the 370Z misses out in agility and personality like the FR-S or BRZ, the Nismo tuning department makes up for it with wings and suspension bits and a shiny red paint job. Yes, it was red. I like red. So, with my original notions on the 370Z taken out back and put out of its misery, how much better was the Nismo-spec on a scale of one to 10? Like, one trillion times better. For all the trillions worth of better-ness, you get the parts mentioned above— a massive rear wing, newer, stickier tires, side skirts, some Nismo badging— pretty much everything but the kitchen sink. And, you get a re-tuned, naturally-aspirated V6 good for 350 horsepower. No turbo necessary, no siree.

Granted, 350 horsepower may not seem like much of an increase over the standard 370’s 332 horses. But the Nismo packs some giddy up. It takes off to 60 mph in just about 4.7 seconds, while the standard 370 falls in at about 5.1 seconds. But the real difference is in handling. Unlike the standard 370 (which I said was soft and squishy, remember?), the Nismo handles like a heat-seaking missile. Sharp corners, haywire bicyclists— it makes any quick turn look like it was already planned out. And even at speed, the backend only wanted to come out ever so slightly on occasion.

Complaints? I don’t really have many. I would say the clutch is a little fidgety— there’s a perfect spot that you have to get right every time that leaves very little room for mistake. And there is a bit of noise on the highway. Otherwise, the interior is well-finished even without navigation or Bluetooth, and it’s definitely more spacious than comparable roadsters. And did I mention it looks good? Because it looks freakin’ good. And it was red; nice and flashy, just how I like it. All in all, here's what you need to do: take my lead and toss everything you know about the Nissan 370Z out the window. You don’t need it. The Nissan 370Z Nismo is a whole new animal that makes its younger sibling look like the loser that it is. In one word, it’s superb.

As tested, you’re looking at about $47,000. And like I said, it has no Bluetooth or navigation or anything else other than air-conditioning and a steering wheel. But that’s what makes it so damn fantastic. It’s an ok road car, but it's a perfect track toy— and a cheap(er) alternative at that. I mean, what other track toys can you get for under $50K? A Boss 302, maybe. Or a Camaro 1LE, although I wouldn’t suggest it. Oh, how about you go and buy that $45,000 Mini? No? Nissan 370Z Nismo it is then.