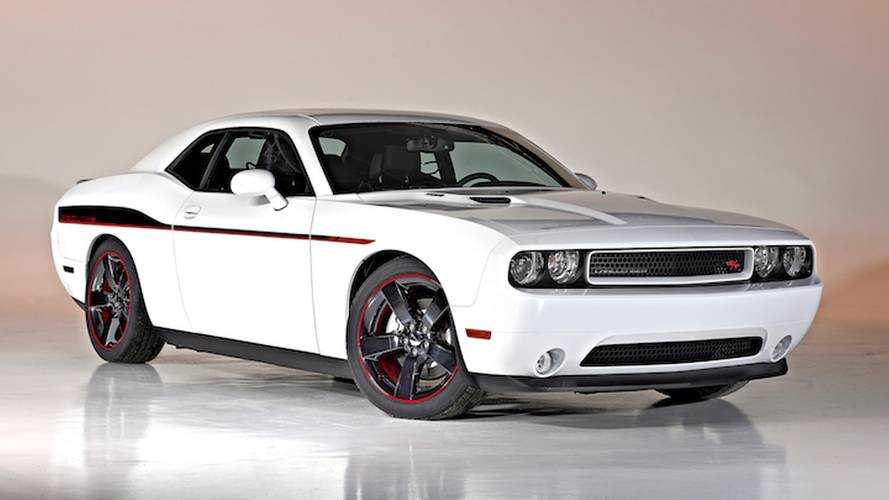 Throughout the years, brands like Ford, Chevy and Chrysler have learned to evolve. Muscle cars are getting lighter and smaller, and for the vast majority of consumers, that’s not necessarily a bad thing. But for muscle car faithful, it marks the end of life for their beloved V8-powered boats.

So when we got behind the wheel of the 2014 Dodge Challenger R/T Redline, it was a lot to take in. Under the hood was a monster HEMI, an old-school six-speed manual was fitted (automatic pictured), and the large leather seats were more than enough to handle all that ‘Merican mass. But is the muscle car still alive? Or is this just another stepping stone before it's gone for good? It was time for us to take in all this American goodness for ourselves.

The first thing that catches the eye is the stunningly beautiful design. The whole “retro” thing is sort of losing its traction, but the Challenger compensates beautifully with an overly-retro look. The long swooping hood paves the way for a hugely impressive body. The backend gives off a presence unlike any car you’ve ever seen, and the single light bar makes the iconic Challenger even more so on the open road. Other features included in the Redline package were new wheels that felt awfully cheap, a not-so-subtle graphic design on the rear quarter panel, and a few other adjustments like a front lip and a new rear spoiler. All in all, the outside was pretty, relatively cheesy and perfectly American. Inside though, was a whole different story.

The dials and knobs felt like they came out of a parts bin, the speedo and tachometer were circa 2001, and the navigation screen was less-advanced than an etch-a-sketch. It’s a breath of fresh air though to know that the 2015 Challenger (which was introduced in New York) has a fully revamped interior (and a 600 horsepower engine). But where these glaring interior cues end, the 5.7-liter HEMI V8 begins. Somewhat. Naturally the HEMI is one of the most famed engines in the world. Fanboys flock from here to nantucket just to get a look. But I’m not exactly sure what all the fuss is about. Yes, the Challenger manages to get up and go despite its monster size. And yes, it does feel very “old school” with the lingering six-speed manual, but the problem was that it all felt a little too old school to be able to compete here and now in 2014.

Other than the look, the engine, interior and controls all felt very outdated and in need of some rescuing. As mentioned, there is a brand new Challenger on the way towards the end of this year, which thankfully, keeps its handsome design and makes up for interior and performance flaws. So we'll let all these flaws slide, for now. For $38,870, you wouldn’t dare waste your time on the R/T Redline, instead, opt for a standard Challenger. That way, you can lease it for a year, and then trade in when the 2015’s come around. It’s definitely a fun car for a short while, and it catches some eyes. But for the money, you’re better off spent somewhere else.