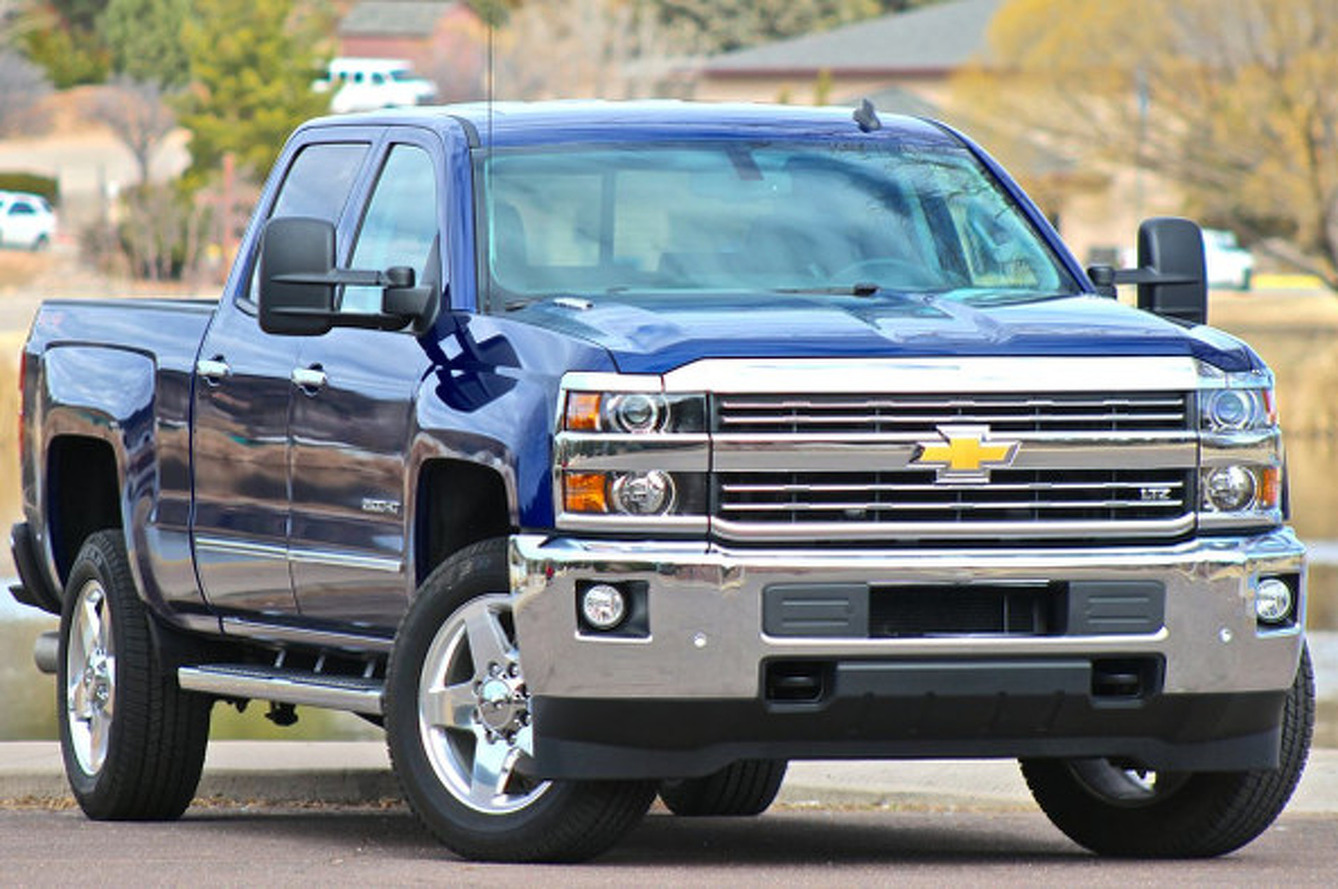 Heavy Duty truck owners are real men, that do real men stuff. By comparison, everyone else is just a bunch of  puny wimps that cry when we watch “The Notebook.” Ok, that might be a bit of an extreme, but the SUV has given way to the crossover and the light duty pickup has become quite domesticated. Thus, the heavy duty market is the one place where contractors and fleet purchasers can look for a vehicle and know they won’t have to option up to get the power and capability they need– it’s brawny right out of the box.

But even heavy duty pickups are succumbing to the endless march of buyers expecting more creature comforts out of their car. That is the impetus behind the 2015 Chevrolet Silverado and GMC Sierra Heavy Duty truck lines. The 2500 and 3500 models for each respective brand are as powerful and capable as ever, but are also quieter and have received more upscale features than ever before. Auto industry insiders call full-size trucks a “profit center,” which is PR speak for “we make a ton of money on ‘em.” $50,000 used to be the upper limit for a pickup truck, but you can option up a Silverado 1500 LTZ for more than $50K. Now trucks like the GMC Sierra 3500HD Denali–essentially a luxury pickup– are carrying sticker prices upwards of $70,000. For a pickup.

According to Chevrolet, two thirds of HD buyers opt for diesel, which comes as no surprise. Every contractor and landscaper I know runs a fleet of diesel pickups. But these guys are not factored into GM’s figures, because they are buying second hand. Apparently, first owners of HD diesel trucks are characterized as wealthy owners buying for personal use.

Without considering the contractors buying pre-owned, you cannot really make any solid conclusions about the diesel truck market. A new 2015 Chevrolet Silverado 2500 HD starts at $31,310, and when properly equipped, a Silverado or Sierra HD can tow 17,900 pounds and has a max payload of 3760 pounds.

To find out what a $50,000 pickup could do, we took to the mountainous region northeast of Phoenix. The first leg of the drive had many long uphill and downhill stretches of highway. Our first test vehicle was a 2015 GMC Sierra 2500HD Denali. It has a unique leather sticking design, special aluminum cladding, and a wealth of chrome all over the place.

One of the most surprising things about the truck was how smooth it was at highway speeds. You could barely hear the burble from the 397 horsepower Duramax Diesel engine. The automatic transmission ratios are such that the engine barely has to sweat. The fact that it has an insane 765 pound feet of torque helps with that feeling of effortlessness. At one point, I looked down and I was doing 90 mph and immediately slowed down– the truck is that quiet and smooth.

The rolling hills have way to more abrupt mountains, and the road ebbed and flowed to match. The GMC and Chevy HD trucks now have a brake pressure feature for diesel engines. It works with the cruise control and is essentially like a Jake-Brake in a big rig truck. When in cruise, it changes the gears and turns the engine into one big compressor, which keeps the truck at a constant speed on sharp downhills. Ever heard a big Mack truck making a chugging sound as it's going down a hill? That’s a jake-brake hard at work.

We followed the test drive up with some towing comparisons. The GMC Sierra HD and Chevy Silverado HD feature integrated trailer brake sway control systems. We pulled massive loads, like a massive horse trailer, up and down hills, with roads that curved sharply. There were moments when the comparative Ford Super Duty’s trailer started to dance on us, while the Sierra HD maintained much better control.

Typically, when we review a car, the automaker sends out the nicest version of the vehicle, but I couldn’t help but feel like that does HD buyers a huge disservice. Sure, there might be plenty of gentleman farmers in Texas that buy loaded up HD trucks with leather to the nines. But far more truck buyers are salt-of-the-earth guys, who would turn down a truck if it had leather– on the grounds that it was too ostentatious.

The men and women that take these big trucks to work have little need for the high-end features that we got to play with, like heated and cooled seats or lane departure warning system (which is useless on a dually), but they are immensely powerful and capable. Here’s hoping two of the most capable trucks on the road are actually affordable one day for the people who use them most. All photos: George Kennedy