Hydrogen, Electric or Diesel? We Drive All Three 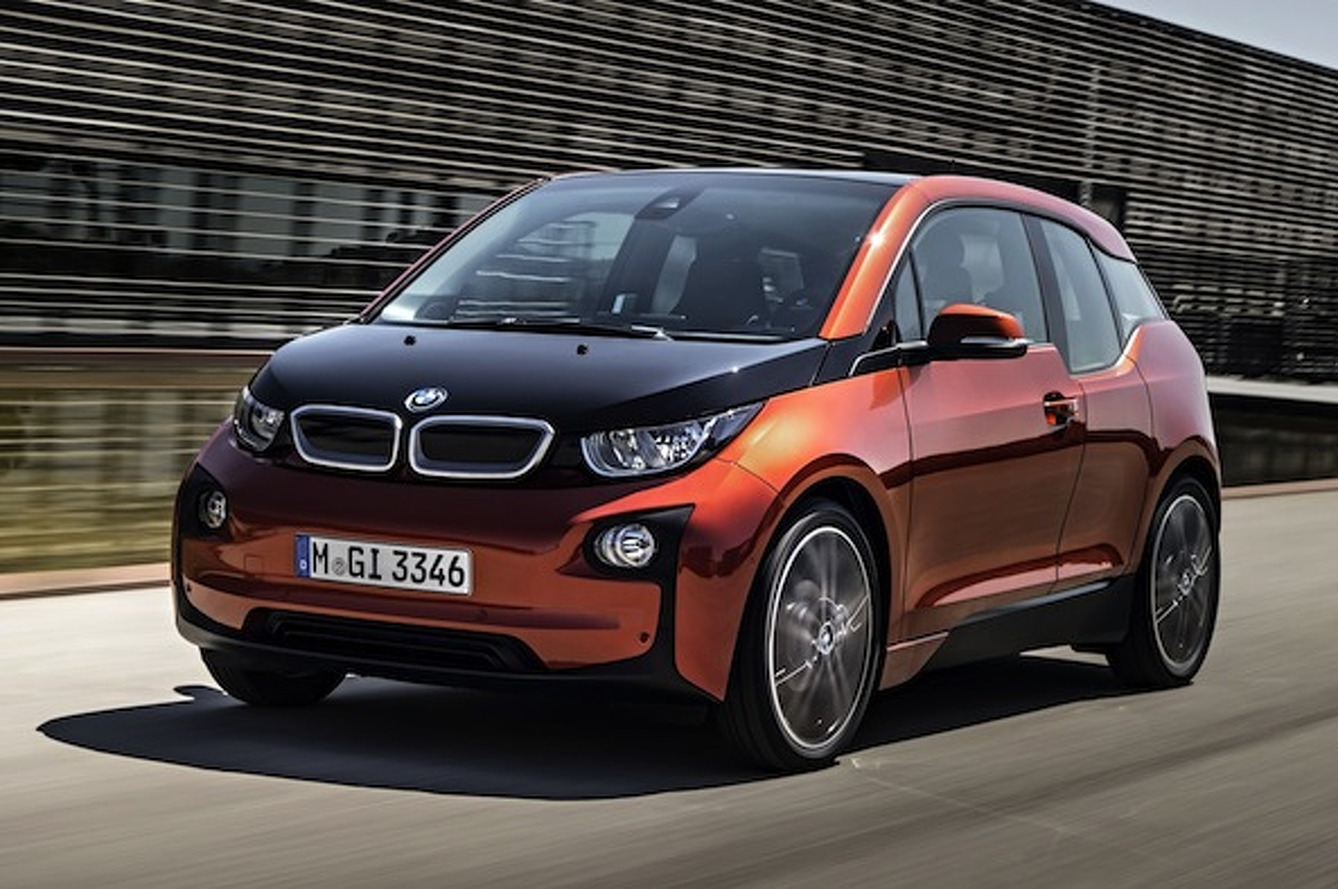 Tucson, i3 and Grand Cherokee

"Green" and "efficiency" are two hot-button words that have been floating around the auto industry for nearly a decade. There's much debate as to which forthcoming technology is here to replace the aging gasoline engine; diesel, electric or hydrogen? And there are plenty of opinions as to which is best. Tesla and CEO Elon Musk has made it eminently clear that he thinks electric is the way to go, and the hydrogen fuel cell is but a pipe dream. German companies like Audi and BMW are going the clean diesel route, but also pitching us new electric vehicles.

So, the debate rages on. But just this past week at the LA Auto Show, we got a chance to test all three of these green technologies and give our opinion on which one we think could be "the future" of the auto industry.

At first, the thought of driving this funky futuristic compact hatch was something for which we were quite eager. But then we got in the driver's seat...and were more confused than a dog at a catnip convention. Why does green automatically equate to confusing? The style is eye-catching indeed, but the interior switches and the one-pedal gas and braking system seemed like something from another world. Naturally, like any new car, it's something you have to get used to. But we're not fully convinced that people swapping out of their Toyota Camrys, who may not yet be swayed by green technology, are ready for something this foreign. Keep it simple, BMW.

Unlike the i3, the Jeep Grand Cherokee was comfortable and easy, being that it was essentially just a Grand Cherokee. The diesel engine isn't as punchy as the gas engine, of course, but it provides plenty of low-end torque — which should help on the trail. Naturally, diesel isn't a new technology, but it's cleaner than similar engines from decades past. Diesel is definitely here to stay, but we're not fully convinced that it's the green technology savior we've all been searching for. It still uses petroleum as a base, which is a big problem. Biodiesel, BTL (biomass to liquid), and GTL (gas to liquid) though, do not, and are all viable, non-petroleum alternatives. While diesel may be the greener answer right now, it's still far from being the future of efficiency.

The Hyundai Tucson fuel cell is going into production only next year, and it's the first time Hyundai has featured this version Tucson anywhere before. But what makes the Tucson better than the Jeep and BMW? That brings up two good points: familiarity and clean energy. Let's start with the first. Unlike the i3, when you get behind the wheel of the Tucson it feels mostly, well, like a Tucson. The gear lever is in the center, brake on the left, gas on the right. Everything's exactly where you would expect it to be, and that's a good thing. As mentioned earlier, people are still hesitant to new green technology, especially in their cars. So it's refreshing when you get behind the wheel of something that's new under the hood, but feels familiar behind the wheel and on the road.

Now on to my second point: clean energy. This is a biggie. Think about where electricity comes from. Until factories that produce electricity can maintain less of a carbon footprint, hydrogen fuel cells will be cleaner, easier to produce, and often more efficient. And diesel still puts down a large carbon footprint. And the buck doesn't stop there. As the Tucson fuel cell goes on sale next year (in California), Hyundai teamed up with California legislature to pass a bill calling for over 100 new Hydrogen fuel cell filling stations. This to go with the Tucson's free (yes, free) hydrogen refueling for the full 36-month lease and a $2,500 California rebate for driving green. Following in the footsteps is Toyota and Honda with new fuel cell technology of their own, hopefully to go on sale within the next few years. Overall, each of these technologies provide both benefits and drawbacks. Diesel still uses a heavy petroleum base, electricity isn't as clean as everyone wishes it was, and the infrastructure for the hydrogen fuel cell just isn't there (yet). But we're getting there. Automakers learn everyday, and it will be only a matter of time before we find that technology or technologies that propel us into a greener future.