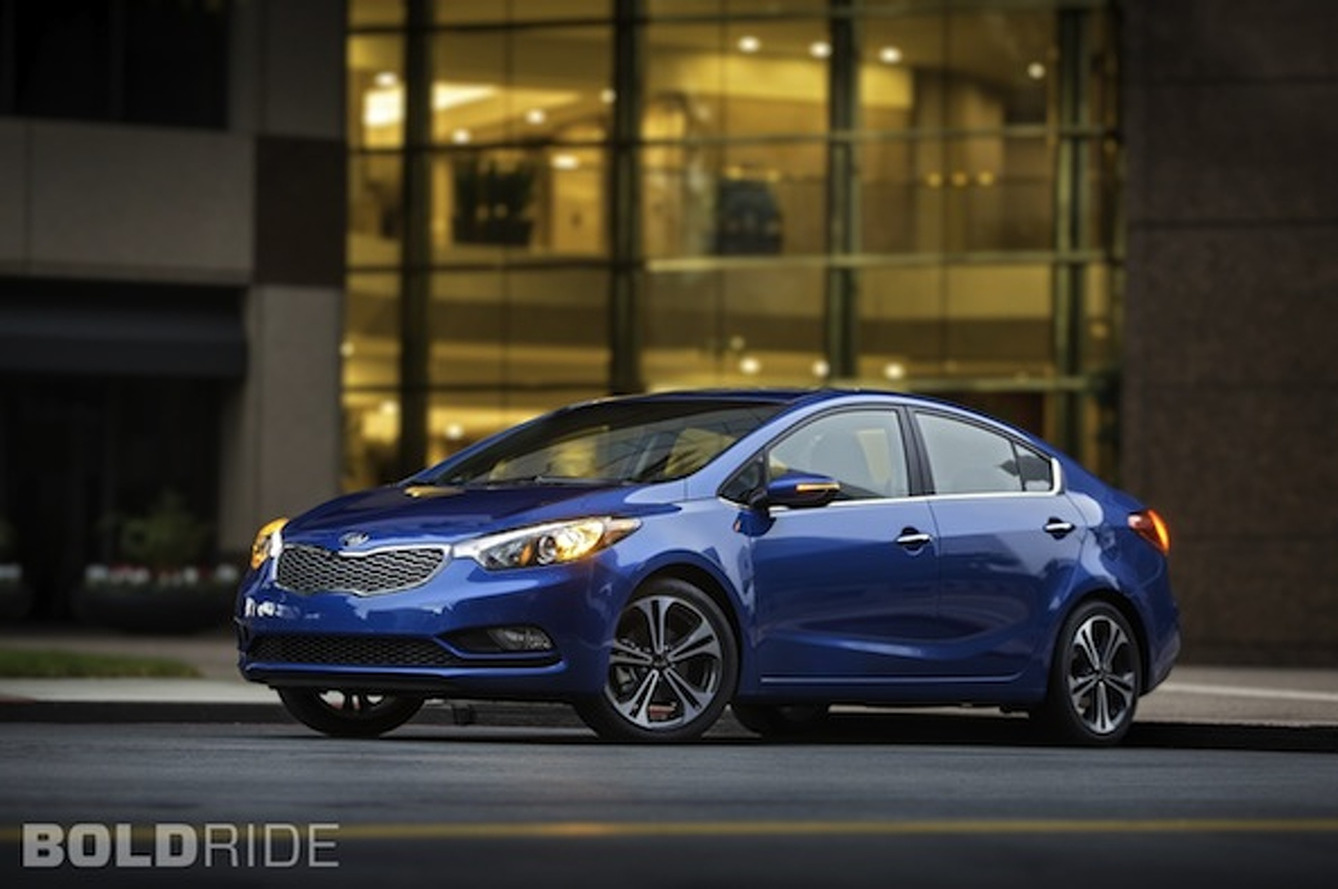 The sedan market is hot right now with fresh new vehicles from just about every automaker. Mazda, Ford, Hyundai, Toyota, and of course, Kia with the new Forte. Kia hopes the second generation Forte will be hot on the heels of many of today's world-class compact sedans. Whether it actually is, could be determined by sales figures. Our immediate impression of the Forte was its lackluser quality behind the wheel. Which is hard not to overlook, even in a small sedan. But keeping in mind that it wasn't built for Mario Andretti, the Forte did have a lot to offer. What you get is loads of space, a clean setup, and some technology to keep you entertained. Here are the full details:

As mentioned, behind the wheel was overall lifeless. But just because it didn't have that "sporty" drive like a Focus or Mazda3, doesn't mean it wasn't fun in its own way. There was so much room for activities — natural light coming in from every angle, it had a nice moonroof, and the windshield was like looking out through a set of bay windows. And between the bouncy suspension and the Lazy Boy style seating, I felt like I was sitting on a cloud the whole time. For many drivers, that will be a welcomed experience.

You get loads of interior space and room enough for five (and the aforementioned leather seating option). The backseat was comfy for my 6-foot frame, even with my regular driving position in place. The trunk was roomy, too. (Tested with luggage, not human beings)

Technology: There Was Some

The UVO in-car technology was really forgettable. It is essentially the first generation version of Ford's SYNC technology, which was never brilliant. I never really had any problems with it, but I never had an "aha!" moment that made me consider the Forte's equipment any more acknowledgeable than a Toyota Corolla, or any lesser comparable sedan. It had Bluetooth, it had navigation, and it had XM. While the navigation was optional, Bluetooth was standard and so was a three-month subscription to XM.

Unlike its predecessor, the new and improved Forte is a good looking car. It resembles a shrunken down version of the Kia Optima, which is a good thing. Our fully-loaded Forte came with 16" alloys, a polarizing "Abyss Blue" paint job, LED lights, and power folding mirrors. On the front, we see the face of the current Kia lineup with that signature butterfly style grille. In the back, some smooth LEDs, and from the side, a body line reminiscent of some sort of large legume. Overall, it's really not a bad looking car, but the Optima is unquestionably the hotter older sister. Overall: 77%

I give the new Kia Forte a C+ for being the just above-average middle child. No one really gives much of a damn, but eventually we know it will grow up to be a minor success — like work in accounting, or something. While the Optima and Cadenza clearly outshine the Forte, it does show some signs of goodness. The 2.0-liter 4-cylinder engine puts out 173 horsepower and returns a below-average 28 MPG. It's slightly fun, it's averagely equipped, and it's priced right at only $25,515 (as tested; or $15K base). But that doesn't stop it from still being one an assumedly well-selling little sedan in the future. To compare though, we'd say the Focus, Mazda3 and Corolla all outweigh the new Kia.