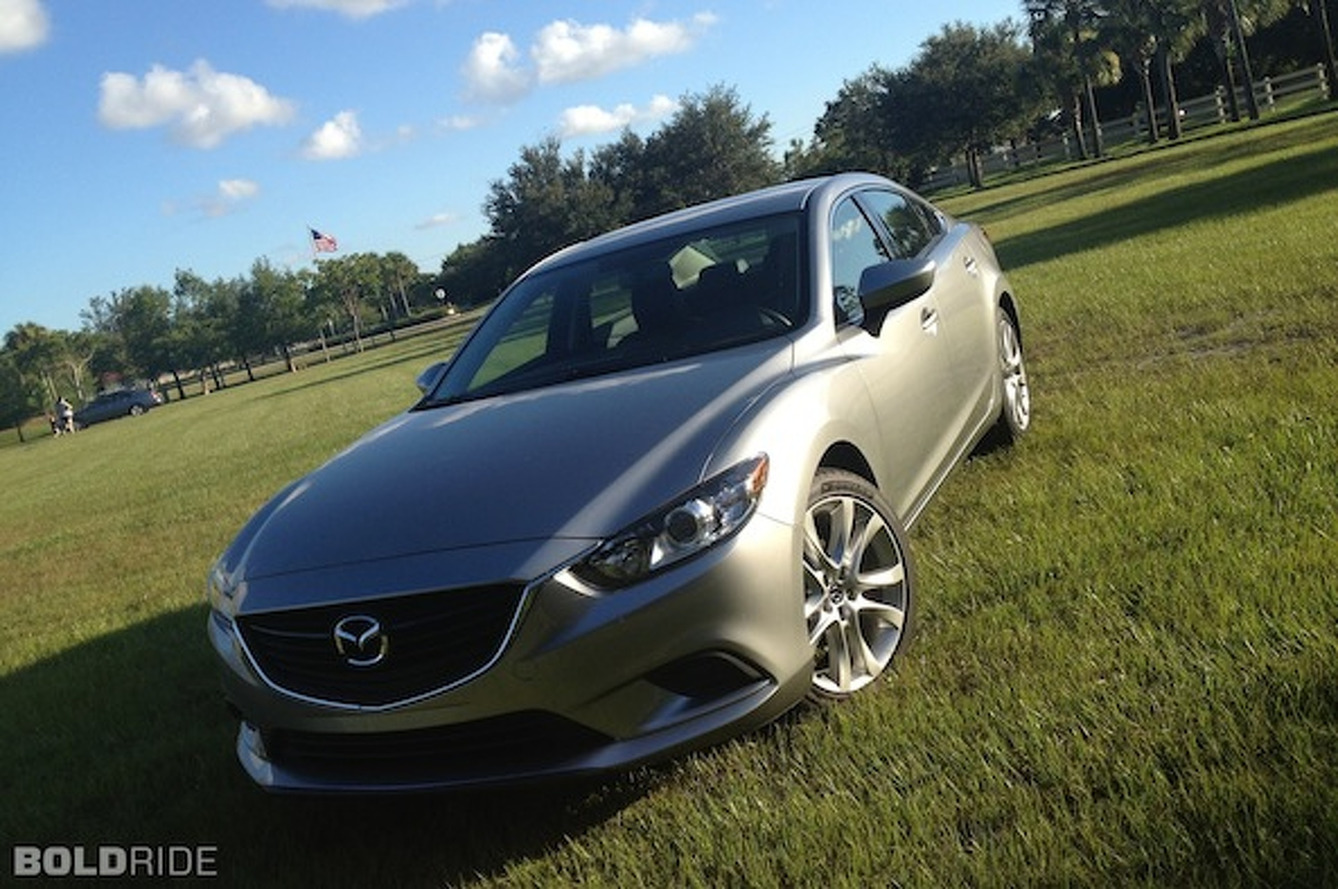 There's a lot to love about the new Mazda. The CX-5 is arguably one of the best looking and best-performing crossovers on the market, the new 3 received a handsome set of upgrades, and the much-loved MX-5 is getting attention from Alfa Romeo before it hits showrooms sometime in the next few years.

So, where does that leave the Mazda6? Mazda's mid-size sedan has always been an underdog in the market (albeit well-performing, good looking and a bit thriftier than most). For 2014, Mazda pulled out the big guns in both the design and performance departments to highlight its mid-size sedan as a real "sporty" player in the market.

Out of all the mid-sizers currently on the available today, the Ford Fusion is the only offering that comes close to the 6 in outward appearance. Other than the massive wheels, nothing about this car screams overly-designed, but at the same time, nothing screams beige Toyota Camry either. It is very, very handsome. Sporting Mazda's new "Kodo" design language (which you can also see on the CX-5 and 3), the angular grille and headlights give way to a streamlined 4-door-coupe sense of styling, topped off by a tamer rear end and dual exhausts.

Inside, unfortunately, it doesn't sport much of the same eye-catching look. Quality built, nice to look at- but for the most part, comparatively staid. Now granted, we opted for the mid-range i Touring (the highest spec with a manual transmission), but even then, just the overall look didn't really jump out and impress anyone. That said, unlike the mess of buttons in the competitors' interiors, at least everything here is well laid out and easy to manage.

As of late, Mazda's been touting its new Skyactiv powertrain solutions. And only now did I find out why- it's amazingly thrifty. You get nearly 40 highway mpg (37), 25 in the city (overall 29 mpg), but you don't get that lack of power you find in many other soft sedans or hybrids currently on the market. Like we mentioned earlier, we opted for the mid-spec with a 6-speed manual transmission. Not because we thought the automatic would be complete crap, but because Mazda has a history of making rather ordinary cars a little less boring than usual. Unlike the Speed6, the new sedan didn't do much to inspire. The manual is there, but the passion and performance that goes into that manual may have left the station.

It's saving grace was the more-aggressive-than-most suspension, which wasn't deathly undriveable on a Sunday drive either. Only up to speed did you occasionally get that "sportier" feeling from Mazda's so-called "sporty" sedan. Overall: 81%

The new Mazda6 was a very good car. No two ways about it. But to lay claim as the "sporty sedan," it still needs a bit of refinement under the hood. Drivability was there, fuel efficiency was there, dependability was there- we were just longing for a little more oomph to live up to its reputation. As the market sits, the 6 is somewhere near the top of our list as a mid-size option (maybe just below the Fusion). Total cost, as tested, was an affordable $24,710. Opt for the top-spec, complete with all the bells and whistles, and an automatic transmission, and you'll be sitting just shy of $30K ($29,495). Not a bad bargain, not a bad bargain at all.