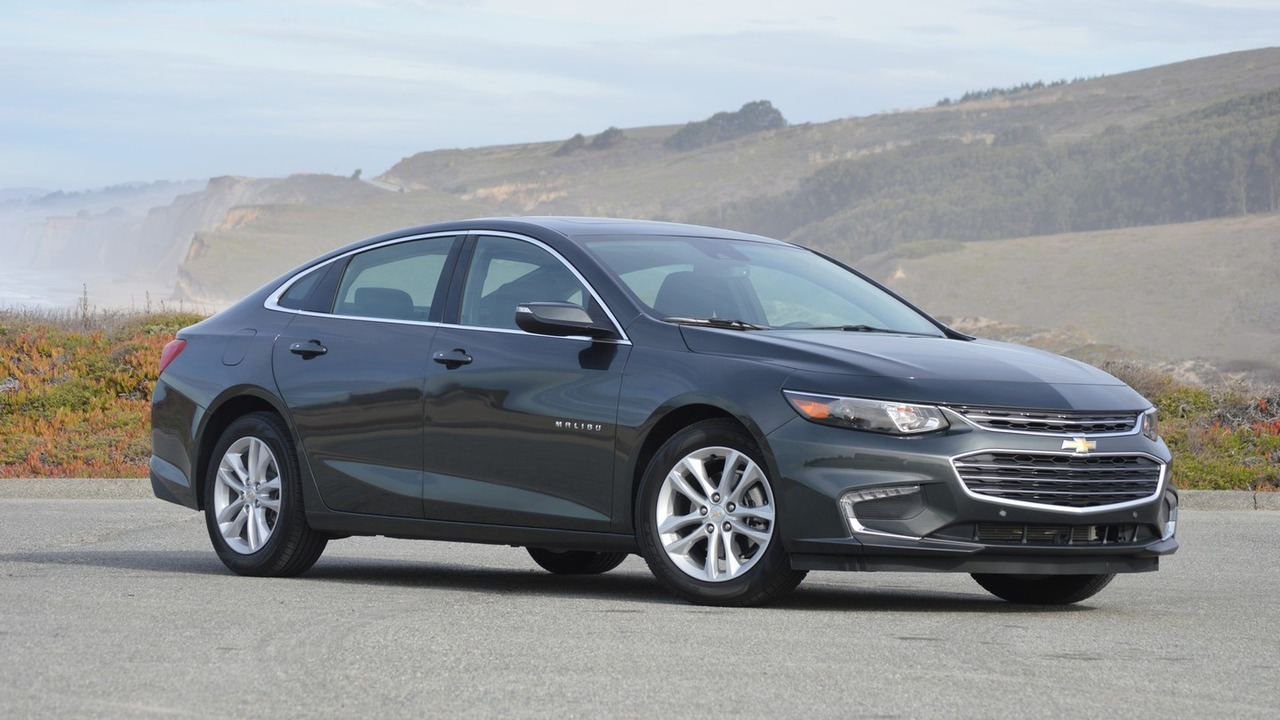 Chevy brings us, and its new mid-size sedan, to Silicon Valley, for a drive and musings on the future of car tech.

It’s just past 6 a.m. local time, but I’ve been up for hours, having recently flown from Detroit to Palo Alto to drive Chevy’s new, 2016 Malibu. You read that right. I’m in Silicon Valley, not Motown, for the launch of the Bowtie’s monumentally important mid-size sedan.

Frankly, there’s a lot of technology stuffed into this midsizer.

Palo Alto is a weird town for cars. It nearly goes without saying that Teslas cover the city streets like a thick-pile EV carpet. Yesterday I saw three Fiat 500e models in the span of six blocks, and Nissan Leafs are hardly scarce, either. Prius are everywhere.

With that landscape taken as read, and with Google and Apple world headquarters some dozen miles away, it’s clear that Chevy is trying to drive home a tech-first image for Malibu. And, frankly, there’s a lot of technology stuffed into this midsizer. GM has been leading the charge in rolling out the wonderfully intuitive Apple CarPlay and Android Auto to its full line, and the Malibu offers up the system on a fast, responsive, and pretty eight-inch touchscreen. What’s more, the car can be had with native 4G LTE WiFi onboard, meaning backseat denizens can connect and keep quiet. The latest iteration of Chevy’s MyLink software is quite good to use, as well. So there’s a pretty impressive tech story happening inside Malibu’s new sheet metal.

Residents of Palo Alto might never find that out though, as the design of the model-year 2016 car is, while quite tidy, hardly of the idiom changing variety. I understand that for conventional cars in this class any design might struggle to unstick software engineer eyes from the Model S bodysides, but the Malibu seems very conservative on the streets around here. Back in Michigan, cross shoppers of the Chrysler 200 or Toyota Camry will no doubt appreciate the Chevy’s improved stance and understated profile, but it hardly seems attractive enough to earn conquest sales on looks alone.

The design is, while quite tidy, hardly idiom changing.

Inside the front door, I find more of the same (roughly speaking). The mid-level LT model you see in the pictures here has cloth seats and a basic-black color scheme, though the shapes and the detail work are still pleasing. Specifically I love what Chevy has done with the trim panels on dash and doors, with a cool woven fabric recalling BMW’s i car lineup. That big, bright infotainment screen is prominent and easy to use. And, when paired to my iPhone and using CarPlay, represents perhaps my favorite way to navigate and use digital music in a vehicle today.

More expensive versions of the Malibu can be had with leather seating and trim, of course, but I honestly don’t like them as much as I do this budget-friendly version. The foam filling those fabric seats might feel somewhat doughy – I did get the sense that the mild bolstering might breakdown quickly after heavy use – but overall you can’t go amiss at the mass-market end of the Malibu range.

That thought, and the technology story, can be extended to the Malibu powertrain lineup, as well. The base engine for the Chevy is now a turbocharged, 1.5-liter four-cylinder, which produces 160 horsepower and 184 pound-feet of torque. It’s a damn good motor. Connected to a surprisingly refined six-speed automatic transmission, the 1.5T is a clever motivator for the 3,100-pound sedan. Even in a bigger car, the lag-free action of the turbo engine reminds me very much of Honda’s new mill from the Civic. Gearing is spot on for the kind of low-speed acceleration requests that I experience regularly in city driving.

The base engine is a turbocharged, 1.5-liter four-cylinder, producing 160 hp and 184 lb-ft of torque. It’s a damn good motor.

Malibu will also offer both a 250-hp turbocharged 2.0-liter, and a proper gas-electric hybrid. I drove both cars for a bit – the 2.0T feels whoppingly fast after the 1.5T, and more comfortable passing at 80 mph+ on the highway – and we’ll have full review content for both as they come through the Detroit media fleet. Suffice it to say, in my first, gut-level reaction, I’d save money and stick with the very competent 1.5T if it were my money paying off the loan/lease.

The second-most impressive feature of this Malibu redux, is the fine work done to reduce noise, vibration, and harshness. Anyone that’s driven or ridden in a late-model Buick will find a similar level of quiet in this Chevy, dual-pane glass keeping all but the most strident road noises under wraps. A smooth, unfussy ride compliments that low-key nature; engineers have clearly put a premium on smoothness and filtering out broken, bumpy roads. Naturally, the soft ride starts to feel a bit mushy when I push the Chevy through aggressive corners – this isn’t a sports sedan. Still, it’s nothing like the barge-type handling you might expect from a domestic sedan, merely not overtly athletic. (Some of that sense, I’ll admit, comes down to power steering that lacks feel.)

Pricing is cutthroat in the American mid-size sedan scene, and to a certain extent, the latest mover always has the advantage. As expected then, Malibu’s starting price of $22,500 (with delivery and destination) undercuts the sticker of basic sedans from Ford, Honda, Nissan, and Toyota (the Mazda6 and Hyundai Sonata are a few hundred dollars cheaper). And as the freshest product, the Chevy is equally competitive when the options start flying. I think that my LT trim, with the $895 Convenience and Technology Package, and the $1,195 Driver Confidence Package, is how most people will buy this car. Netting out at just under $28K, you get the nicest, 7-inch infotainment screen, the coolest software package, USB charging ports for the kids in the back, and slew of safety assists, and more.

“More” in this case includes Chevy’s very cool Teen Driver package, which is sure to be a pain in the ass to high school kids the country over. The suite of software, activated by a pre-ordained key fob you’re to give to the kid, basically serves as a nagging, invisible parent. It sets off a speed warning, mutes the radio if the driver’s seatbelt is unfastened, and provides a report of miles driven and speed data to parents after the fact. I would’ve despised something like this when I was 17, but then again, I rolled my Suzuki Samurai into a ditch at that age… lessons should be less dangerous to learn.

This is a tremendous leap forward for the Malibu badge; the 2016 car is miles ahead of the outgoing model. Still, sitting here in this hub of innovation, I wonder if it goes far enough forward to impress shoppers my age (37 years old) and younger? On the home field of the Model S, it’s unlikely that any even remotely conventional car would turn heads. But General Motors, and Chevy, have all the engineering talent and design capacity for creating truly taste-making objects, the corporate will just has to be there. Sure, a nice powertrain and good fuel economy numbers (37 highway, 27 city, by the way) will earn a lot of legacy sales in the fat middle of the U.S., but they aren’t enough to make the car a desirable thing for a 25-year-old software engineer, I’m guessing. My question is: even if Malibu is good enough to compete with Camry and Accord, is that good enough for the brand, for the long haul? Then again, I’ve probably been in Palo Alto too long…

For today’s landscape, and today’s very conservative sedan buyer, there’s no question Malibu is an excellent offering. Even if the sex appeal of the high-tech it offers is somewhat lower than skin deep.