Our team of experts break down the best radio scanners on the market and why.

By: Aidan Pounder
Listen to this article 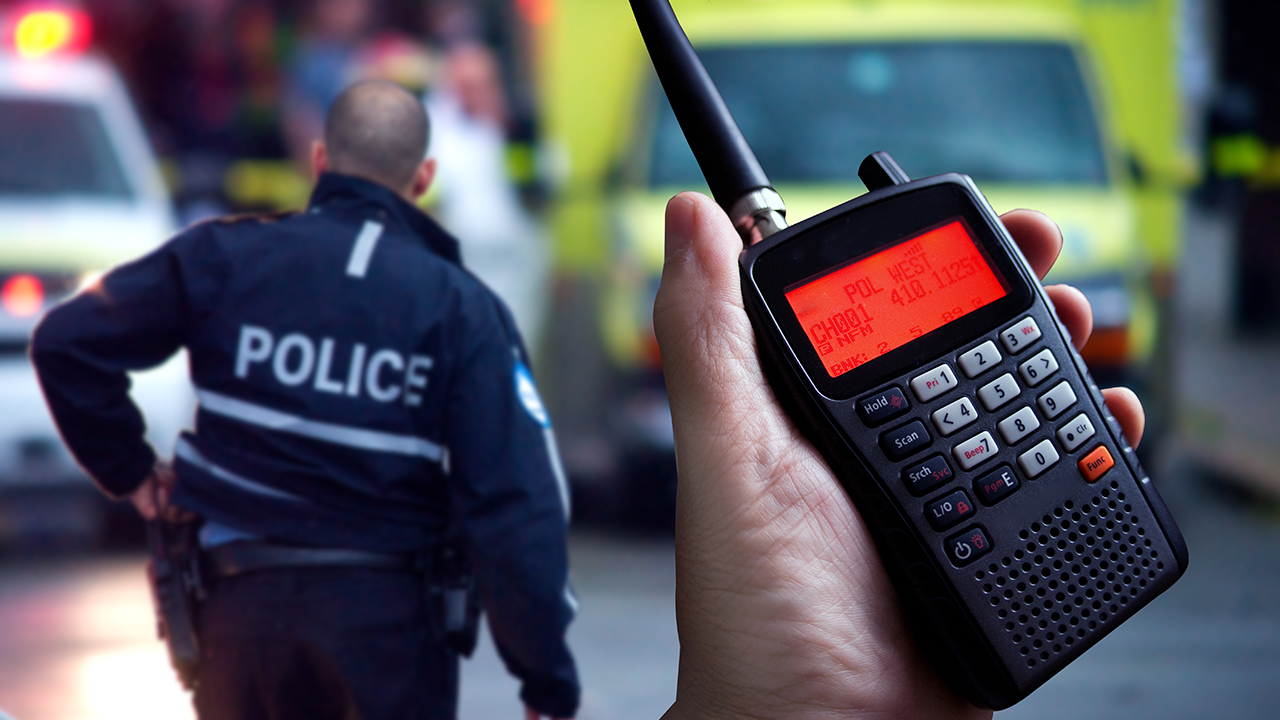 A high-quality radio scanner can help you stay in the know during your drive. Regardless of what type of police scanner suits your needs, you won’t need Wi-Fi as the best radio scanners will simply operate by being plugged into an AC adapter or by use of batteries.

The number of options available for those interested in radio scanners can be overwhelming, and it can be tough to distinguish what exactly you need. Our review team prides itself on the honest and unbiased review of products to help further customer understanding of the industry and the top-rated police scanners available.

The Cobra RAD 480i features an updateable IVT filter with anti-falsing circuitry that can intelligently reduce false positives and alerts from vehicle avoidance systems. Digital signal processing offers faster processing for incoming laser gun signals to more quickly make you aware of a signal before it’s right in front of you. Additionally, this radio scanner offers real-time alerts through its police scanner app, iRadar.

The reason the Cobra RAD 480i was our review team’s choice as the Best Overall radio scanner is due to the Cobra’s new LaserEye technology. LaserEye technology allows your police scanner to detect radio transmissions from both the front and rear of your vehicle to provide complete protection from all sides.

Not much outside of the bare necessities are included with purchase of the Cobra RAD 480i. Customers can expect to receive the RAD 480i police scanner itself, 12V power cord, suction cup windshield mount, and a hook loop fastener for mounting unit to dash.

Featuring over 10,500 customer reviews on Amazon, the Cobra RAD 480i is one of the most well-reviewed radio scanners in the industry. An overwhelming majority of reviewers – 84 percent – rate this scanner 4 stars or higher. A total of 69 percent of reviewers rate this police scanner 5 out 5 stars.

Individual reviews marvel at how far a distance this scanner works and note the dependability of the Cobra RAD 480i’s alerts. A large number of reviewers mention the scanner’s connectivity to a USB cable and the scanner’s overall compact design.

Featuring a dynamic memory system and 25,000 channels, the Uniden BCD996P2 Digital Mobile TrunkTracker V Scanner was our review team’s choice as the Best Digital Trunking Scanner. This scanner offers National Oceanic and Atmospheric Administration (NOAA) weather access and S.A.M.E. weather alerts, in which a code for your area will pick up nearby transmissions concerning inclement weather. This scanner is not for amateur radio enthusiasts and isn’t known for ease of use.

The Uniden BCD996P2 also includes the latest APCO Project 25 Phase II systems and continuous band coverage of 25 MHz to 1.3 GHz, but it’s the Close Call RF Capture technology that separates this police scanner from its competitors. The technology is unique to Uniden and can operate by itself or in the background while scanning or searching to catch signals that are particularly close to you.

When purchasing the Uniden BCD996P2, customers can expect to receive a variety of parts and accessories as well as some relevant literature. Upon delivery of this product, you will open up the box to find the BCD996P2 scanner, AC power adapter, vehicle accessory power cord, three-wire harness, mounting bracket and hardware, USB cable, and an antenna.

As far as relevant literature is concerned, customers will receive an owner’s manual, APP form, and FREQ form amongst several other printed materials.

With about 1,000 reviews on Amazon, customers are on the whole pleased with this mobile scanner. About 87 percent of reviewers rate this product 4 or more stars, while only 6 percent rate the trunking scanner 1 star. Overall, customers rave over this police scanner with approximately three quarters of reviewers rating it a perfect 5 out of 5 stars.

A large number of reviewers are impressed with this trunking system’s ability to pick up fire departments, EMS, public safety, and local police bands. Specific reviews note that the radio system can be difficult to figure out for beginners but are impressed with the lengthy capabilities of the police scanner.

The Uniden Bearcat BC125AT, not to be confused with the similarly named Uniden BearTracker, was recognized by our review team as the Best Budget Scanner available in 2022. You can listen to over 40,000 frequencies with this radio scanner with compatibility to both civilian and military bands. This scanner has 500 alpha tagged channels as well as the Uniden-specific Close Call RF capture technology.

The biggest differentiating factor that the Uniden Bearcat BC125AT has in comparison to the competition is the fact that it’s a handheld scanner. Although you will be unable to conduct trunking or digital radio system monitoring as this is a handheld scanner, it is extremely portable. The lightweight portable design allows for this radio scanner to go just about wherever you go.

Customers can expect to receive the handheld scanner itself, civilian and military aircraft bands, and a USB cable. Outside of the box, there is free downloadable software available online.

Featuring more than 5,000 customer reviews on Amazon, this handheld scanner received 5-star ratings from 60 percent of customers. Only 11 percent of reviewers rated the product 1 star. Overall, customers were satisfied with this product.

Specific customer reviews note that the radio scanner is not an AM or FM radio and is meant to be programmable, while others simply appreciate being able to listen to weather alerts in real-time. Many reviewers mention the impressive VHF and UHF air bands connectivity and easy-to-use programming software. Negative reviews mention the low quality of the antenna.

Featuring digital capabilities, the Uniden HomePatrol-2 can receive all unencrypted, non-proprietary radio systems, including APCO Phase I and II, Motorola, EDACS, LTR, and even conventional analog. This radio scanner has range controls that can be selected based on your location and the system’s location. Additionally, small range settings can be adjusted through a few simple taps of the radio scanner’s touch screen.

What separates the Uniden HomePatrol-2 from its competitors is it’s playback capabilities. Hit quick-record to document whatever radio transmissions you want, and the playback feature will allow you to replay any transmissions that you recorded. The quick-record action will be saved on the 2GB MicroSD card.

Before you purchase the Uniden HomePatrol-2, you may be wondering what exactly comes included in the box. Our review team found that customers receive the HomePatrol-2 scanner, flex antenna, desk stand, USB cable, 4 x AA NiMH rechargeable batteries, and an SMA to BNC adapter. It should be noted that an AC or DC power adapter is not included in the box.

The Uniden HomePatrol-2 has about 900 reviews on Amazon, and the reviews are overwhelmingly positive. About 78 percent of customers rate this radio scanner 4 stars or higher. A small minority – 9 percent of reviewers – rate this product 1 star.

Individual reviews point to the police scanner’s easy to use LCD touchscreen and alpha tagging abilities. A large number of reviews mention being impressed with the frequency range of this radio scanner and the sheer number of radio frequencies it is able to pick up. Negative reviews mention the scanner sometimes struggles to find CB radio and the battery life is less than ideal.

The Whistler TRX-1 is a multi-system adaptive digital trunking scanner with unencrypted channel monitoring capabilities. This handheld scanner has a relatively unique feature compared to other scanners we’ve reviewed, as this scanner has alarm clock functionality. The SD card included with this radio scanner allows you to record up to 50 hours of audio and then the playback feature allows you to replay transmissions.

The Whistler TRX-1’s largest differentiating feature compared to other police scanners is its dedicated SkyWarn button. The SkyWarn software allows you to spot storms when using the SkyWarn button while the radio shuts out all interruptions. Though the TRX-1 may be a police scanner, this handheld scanner doubles as a weather alert system as well.

The Whistler TRX-1 is one of the few radio scanners with a relatively extensive list of accessories that come included in the box. Customers can expect accessories such as a handheld scanner, detachable antenna, MicroSD card, swivel belt clip, two inserts, a wall charger, and protective case. Additionally, customers will receive an owner’s manual and a quick start guide.

Individual reviews note the loud and high-quality audio as well as the ease of programming frequencies. Many reviews speak to the quality of the scanner and easy-to-use interface. Negative reviews mention difficulty programming and the fact you aren’t able to program this police scanner with a Mac, as you’ll need a PC.

Prior to buying a radio scanner, our review team strongly recommends figuring out what exactly you want out of your device. Does your radio scanner need to be portable? Do you need digital or analog capabilities? These are just a couple of the questions that need to be answered for you to find a radio scanner that fulfills your needs.

There are three different types of radio scanners. Each uses standard technology but varies in usage.

Two common types of scanners that you are likely to encounter as you research the best radio scanners are digital and analog scanners. The type of radio scanner you choose will depend on the kind of radio transmission you are looking to monitor and potentially even where you live.

To select the five radio scanners in this review, our team searched Amazon for top products, looking at factors like Prime shipping eligibility, customer ratings, Amazon superlatives, and price.

What should I look for in a police scanner?

Is it legal to own a police scanner?

Are all police scanners the same?