Read on to learn about typical car accident settlement amounts and how to receive maximum compensation.

The side effects from a car accident can linger long after a crash occurs, especially when injuries are involved. After the initial shock has passed, you might wonder what the typical car accident settlement amounts are and whether you’re entitled to compensation.

Due to the various factors that affect compensation, it’s difficult to determine exactly how much money you’ll receive in a car accident settlement. The payouts after car accidents range from a few hundred dollars for minor vehicle repairs to millions after severe injuries and fatalities.

According to the Insurance Information Institute (III), the typical car accident settlement amount for bodily injury was $15,785 and the average compensation for property damage was $3,841 in 2018.

This is a broad term that covers any financial losses you may have suffered due to the auto accident. It can include money you lost from your vehicle being damaged or totaled, medical expenses you had to pay to treat injuries from the accident, or even wages you lost out on because you had to miss work due to the accident.

The Severity Of Your Injuries

In general, walking away from a car accident with a few bruises or minor whiplash will result in a much lower claim than being hospitalized with severe injuries. However, injuries aren’t always physical. In the legal world, personal damages typically fall under two categories:

There are 12 no-fault states:

If it’s easy to prove you didn’t cause the car crash, expect to be granted fair compensation. However, the typical car accident settlement amount could be reduced if there’s any room for debate over who’s the at-fault driver. If there’s no obvious negligence concerning either motorist, you may have to head to court to settle the car accident claim.

Some auto insurance companies have policy limits that can affect the typical car accident settlement amount. If one of the people involved in the crash doesn’t carry car insurance, they could face penalties even if they’re not at fault for the accident.

How To Calculate Car Accident Damages

After adding up the factors above, you’ll have a reasonably accurate starting point for how much money you could receive from a car accident.

How To Maximize Your Car Accident Settlement

It may be extremely difficult to collect evidence after a car accident, but any evidence will help when you file an insurance claim or attempt to show the court you deserve compensation. If there were eyewitnesses at the scene, exchange information with them so they can provide statements later on.

Get A Medical Evaluation

Even if your injuries aren’t severe, you should get checked out by a doctor or psychologist following your car accident. That way, any type of injury or mental suffering will be documented and verified by a medical professional.

It’s better to file your car accident claim as soon as possible, especially when injuries are involved. A simple reason is that you could receive your compensation sooner if you file early.

Moreover, you’ll need that compensation as soon as possible if you’re facing mounting bills resulting from the accident. Each state has its own time limit for filing a car accident claim, called the statute of limitations. The typical time limit is three years, but it ranges from one to six years depending on the state.

How Long Does A Car Accident Settlement Take?

There’s no exact time frame for the length of car accident settlements. It generally takes anywhere from a couple weeks to several months or years for a car accident case to be settled.

The amount of time it takes to determine the typical car accident settlement amount often depends on the severity of the collision and the requested compensation. The larger the damages, the more time you could take fighting for a fair payout.

Should You Hire A Lawyer For A Car Accident Settlement?

Many people believe hiring a car-accident attorney is an easy way to ensure they'll be fairly compensated for their personal-injury case. While it's nice to have an expert advocating for you in the case of serious injury, data shows it doesn’t guarantee a higher settlement payout.

A 2014 study from the Insurance Research Council (IRC) showed that car accident injury claimants who hired attorneys received lower net payments on average than those who never hired them. However, a 2018 study by the IRC found that attorney involvement led to higher utilization rates for post-accident treatment, specifically for physical therapy, chiropractor visits, and expensive procedures such as MRIs and CT scans.

Is It Worth Contacting A Lawyer?

Most personal-injury lawyers offer free consultations and case evaluation for those involved in car accidents, so it can't hurt to reach out to discuss your options. Additionally, there are several reasons you may want to reach out to a law firm following a car accident:

Whether you hire an attorney is up to you. While an attorney may be able to fight for a bigger personal-injury settlement after your car accident, legal fees may mean you won’t net a bigger net payout than you would if you represented yourself. 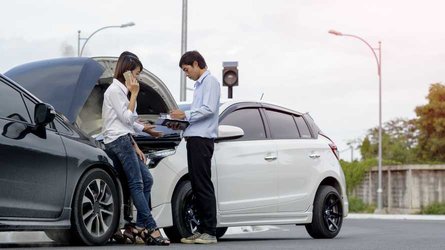 Do You Need A Lawyer After A Car Accident? 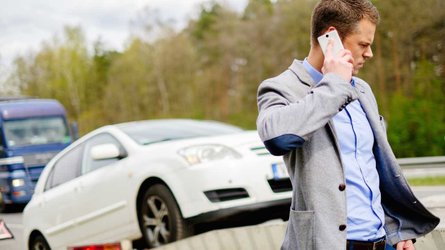 How To Get The Most Money For A Car Accident 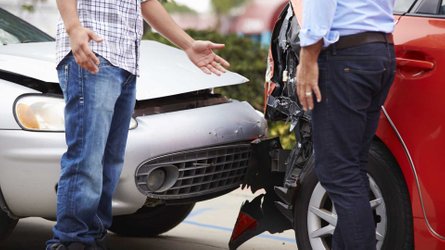 What To Know About Suing After A Car Accident 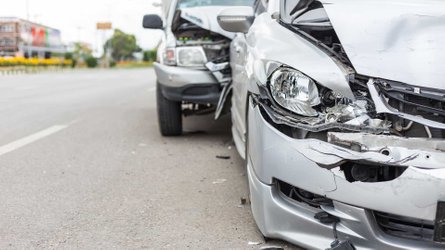 How To Calculate Pain And Suffering Damages
By: Brogan Woodburn
++