This small dash cam records at a high frame rate and is very easy to install. 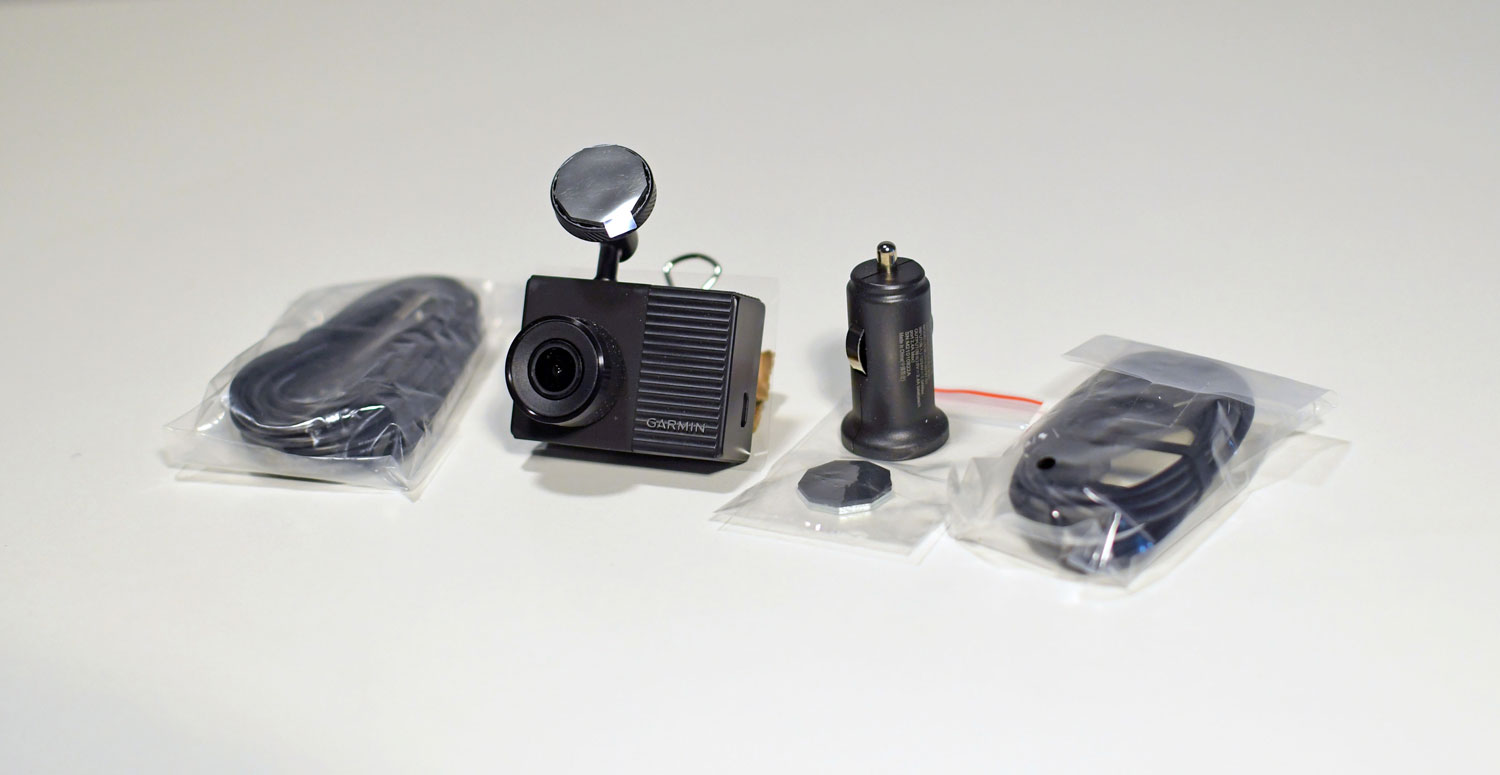 The Garmin Dash Cam 56 is one of several dash cam options offered by Garmin. While Garmin has since released the 57 model, you can still purchase the 56 online at a lower cost. This low-profile dash camera comes with useful extra features such as voice commands, a built-in g-sensor, and event detection parking mode.

After reviewing several of the best dash cams on the market, our expert product team designated the Garmin Dash Cam 56 as one of our most highly recommended models. Read our review to learn more about this dash camera and how it performed in our tests.

The Garmin Dash Cam 56 is an extremely compact dash cam. We liked what we saw when we tested the Garmin 56 and believe it has one of the better dash cam mounting systems.

The dash camera is equipped with the following:

*Price accurate at time of publication

The Garmin Dash Cam 56 comes with the Garmin camera as well as the following:

As with most dash cameras, you will need a class 10 microSD card to record and save video footage on the Garmin 56. This is not included with the camera, so you must purchase it separately. This type of memory card typically costs around $15. 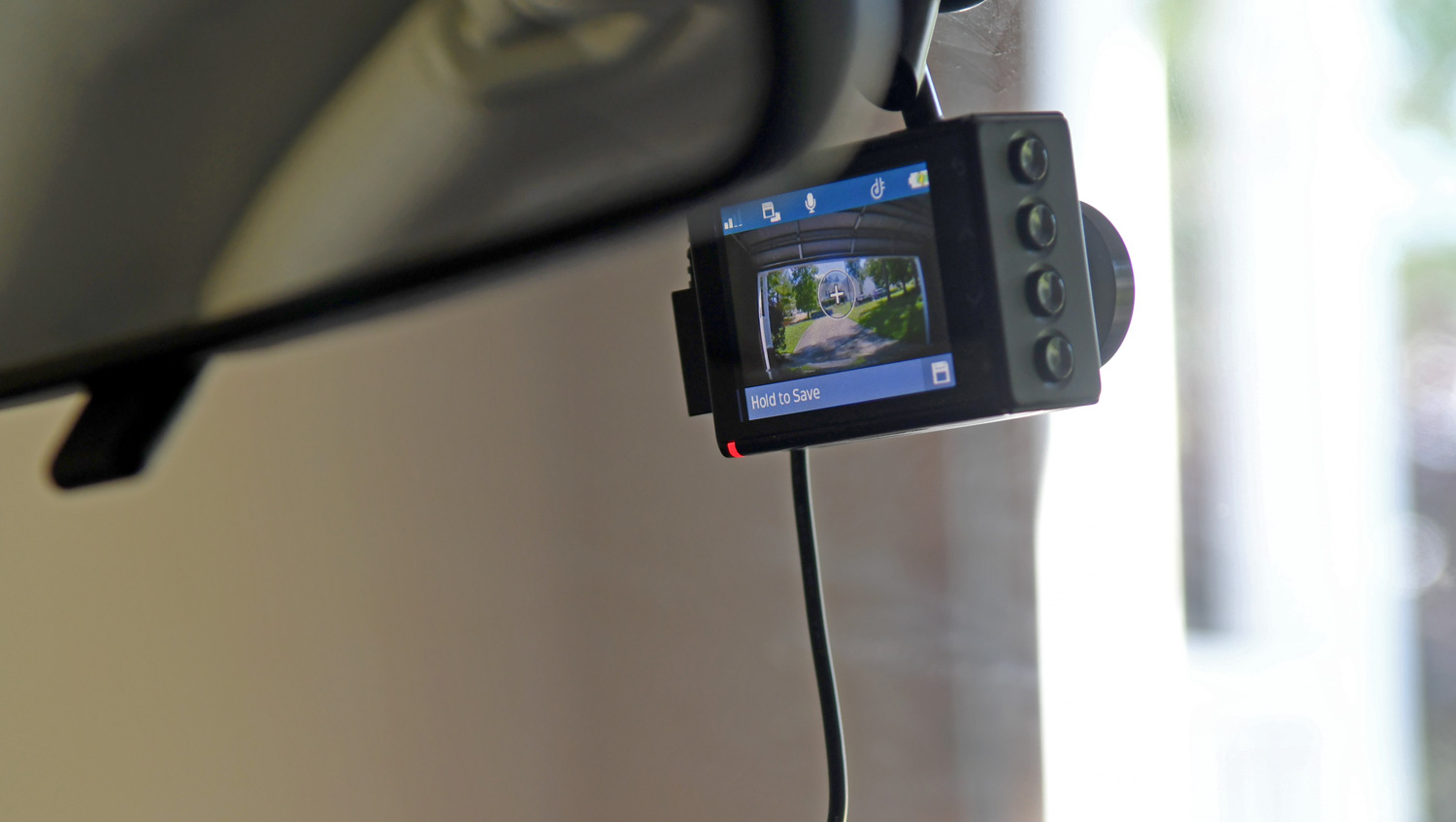 Our review team tested several dash cams and evaluated each camera based on the following criteria:

To install the Garmin Dash Cam 56, you attach a small hexagonal adhesive magnet to your windshield or dashboard. This mount features a swivel arm that easily allows you to reposition the camera to face in any direction. 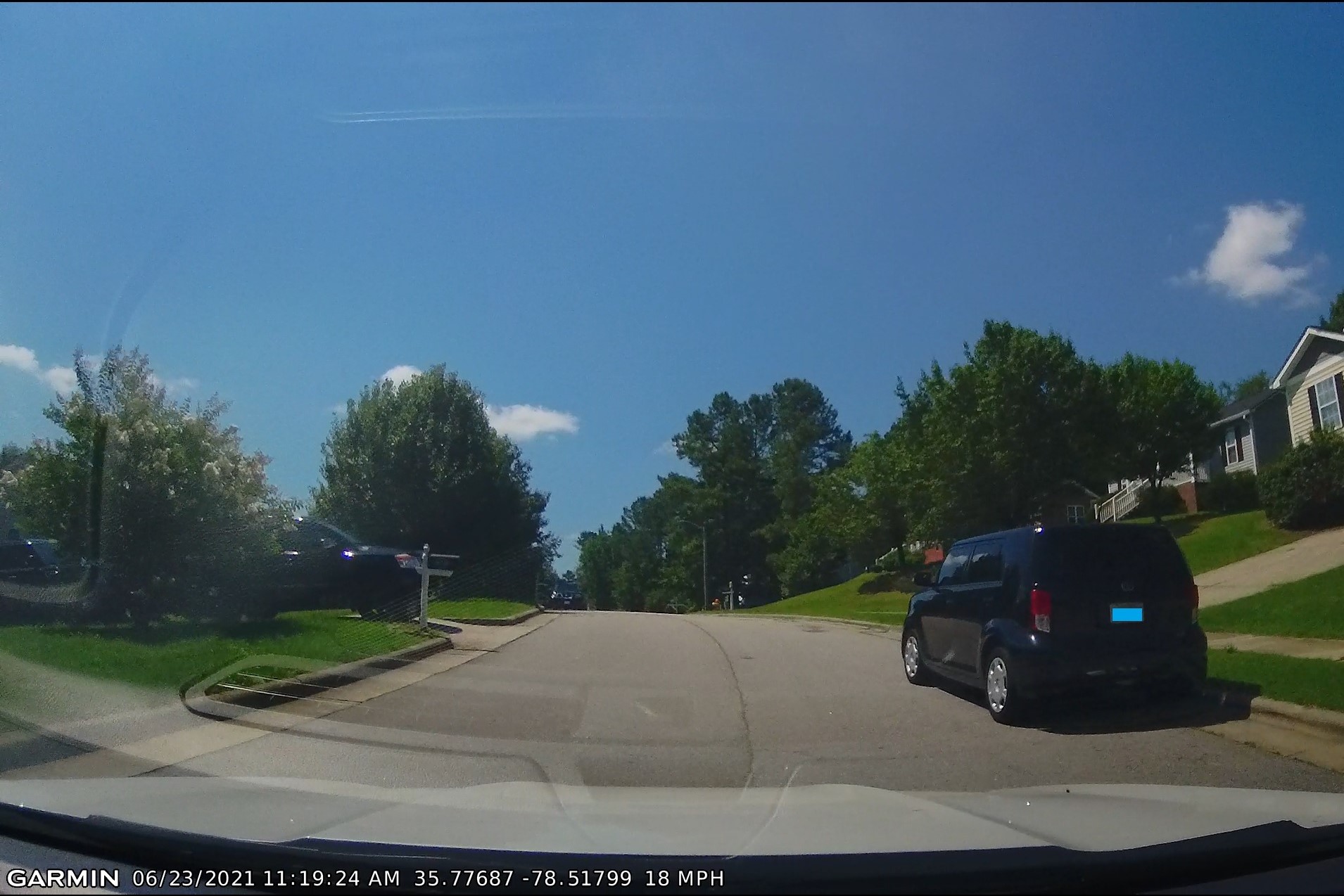 The Garmin Dash Cam 56 records up to 60 frames per second at 1440p resolution. This framerate is especially high, and the footage Garmin produces is very clear during the day. 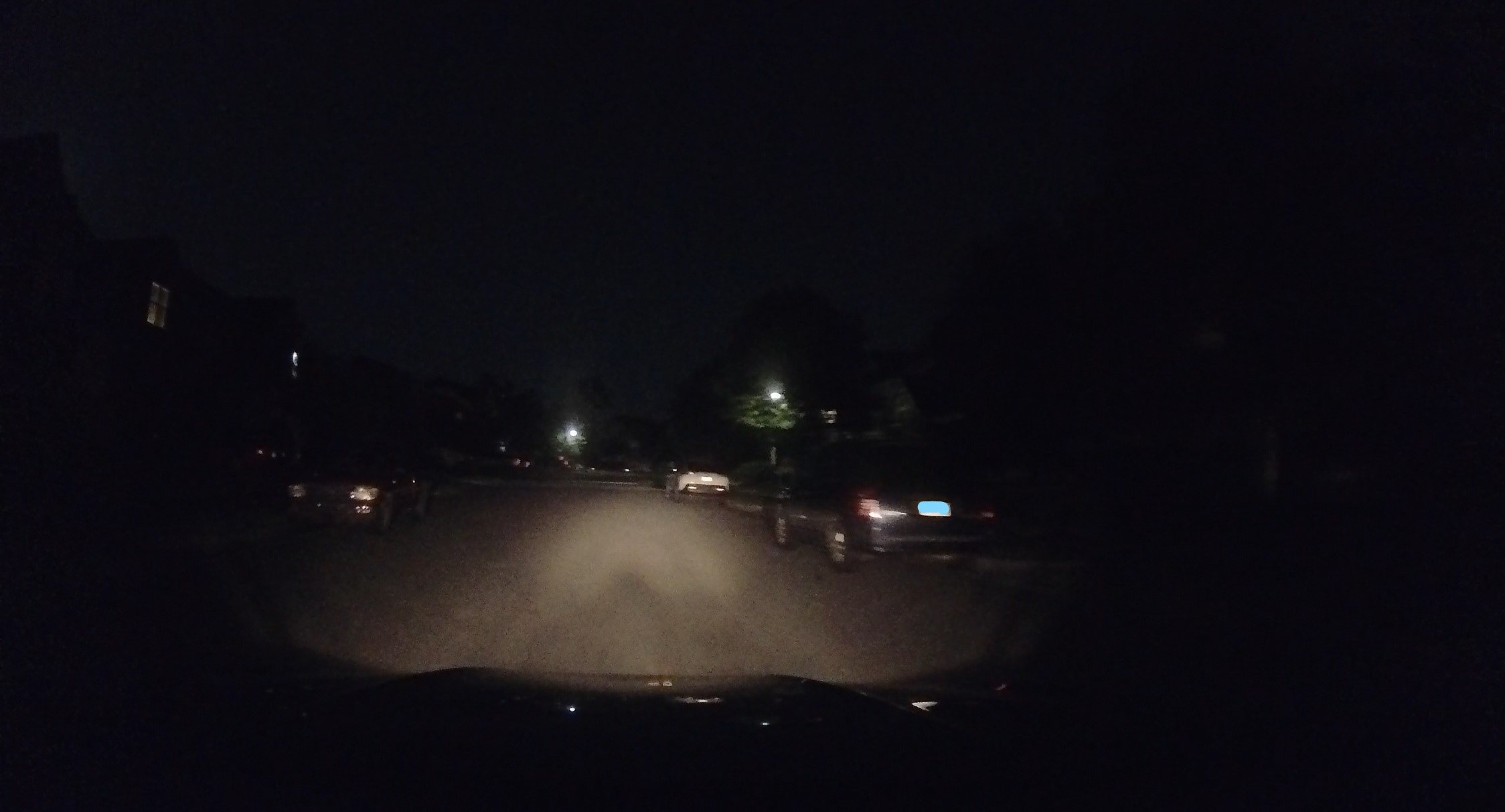 Nighttime recording quality is a bit lower with the Garmin Dash Cam 56, but this is typical of cameras in this price range. We had trouble distinguishing details at night, especially outside of well-lit areas and streets.

The field of view on the 56 model is somewhat narrow. If this raises concerns, you might try the Garmin 66 or 67 model for their slightly wider field of view.

In addition to voice commands, the Garmin’s useful features include:

This car dash camera can alert you when you cross a lane and once traffic begins moving after a red light.

Another benefit of the Garmin 56 is the ability to link multiple Garmin cameras to one account, which makes the Garmin 56 a great option if you want to monitor multiple vehicles. Small business owners tracking vehicle fleets or households with multiple cars may appreciate this capability.

Like many dash cameras, the Garmin 56 has a parking mode with incident detection that immediately begins recording if someone hits your vehicle while it is parked.

We appreciate the Garmin Dash Cam 56 for its compact size, easy-to-use voice interface, and high-quality video recording. The low-profile magnetic mount is among the best adhesive mounting systems we’ve encountered (suction cup mount systems are the most versatile). You may find extra features, such as driver alerts and voice command integration, useful as well.

The Garmin dash dam also includes Wi-Fi smartphone app integration, which allows you to connect multiple devices to the same account. Plus, you can connect the camera to a compatible smartphone using Bluetooth.

We believe the Garmin Dash Cam 56 is a solid option, especially if you’re keeping tabs on a fleet or several vehicles.

What We Don’t Like About The Garmin Dash Cam 56

The Garmin Dash Cam 56 has a slightly narrower field of view than other dash cams at this price point. If you need a wide-angle dash cam, we suggest upgrading to the Garmin 57.

While the Garmin Drive app worked well for us and is highly rated in Google Play and the App Store, some users have complained about issues, the biggest being that recorded video data transfers slowly and the app causes phones to slow down considerably.

Reviewers on Amazon give the Garmin Dash Cam 56 an average rating of 4.5 out of 5 stars. Eighty-seven percent of the more than 4,000 reviews award the product 4 or 5 stars.

“Setup and use could not be easier. The magnetic mount works great. It sticks to the windshield just below your rearview mirror, and then the camera is held magnetically to it. It doesn't move around at all."
– G Flannagan via Amazon

“Garmin may not be the cheapest dash cam out there, and their devices sometimes have bugs, but I feel the way they stand behind their products is second to none. I have no reservations fully recommending the Dash Cam 56. It has been fantastic in the couple weeks I have owned it, especially now that all advertised features are working flawlessly."
– sptimmy43 via Amazon

The Garmin Dash Cam 56 doesn’t have many negative reviews on Amazon, but some users mention the camera’s adhesive falling off the magnet.

“Has terrible adhesive and fell off after an hour. I had to get another epoxy to get the metal mounting part to stay up."
– not a bear via Amazon

The Garmin Dash Cam 56 is a terrific pick if you’re looking for a low-profile dash cam you can easily tuck behind your rearview mirror. The multi-cam pairing capabilities also make it a wonderful choice if you need several dash cameras to monitor more than one vehicle.

Like many dash cams in the $100 to $150 range, the Garmin does not have the best image quality at night or in very low-light conditions.

Which Garmin dash cam is the best?

We believe the Garmin Dash Cam 50 series offers the best value and is a good all-around dash cam option. However, each Garmin dash cam has strengths and drawbacks, so the best one depends on your needs.

Yes, the Garmin Dash Cam 56 has a GPS feature that records your speed while driving.

Does having a dash cam lower your insurance?

Having a dash cam can lower your insurance, depending on your insurer. If you have a dash cam with anti-theft features, you may be eligible for an anti-theft discount. However, the insurance benefit of a dash cam usually comes when you need to file a claim. If you are not at fault for an accident, you can use a dash cam as evidence so you are properly reimbursed.

No, dash cameras are not illegal in any state. However, the law prohibits drivers in some states from hanging vision-obstructing devices on their windshields. If you live in one of these states, you’ll need to mount your dash cam on your dashboard. 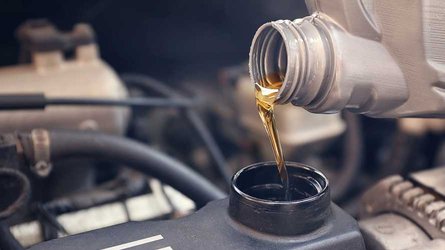 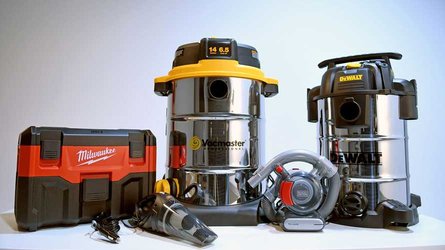 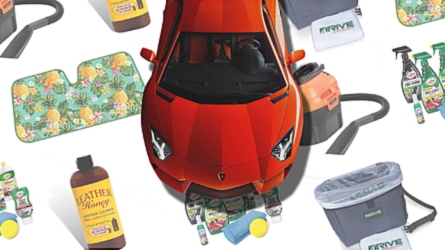 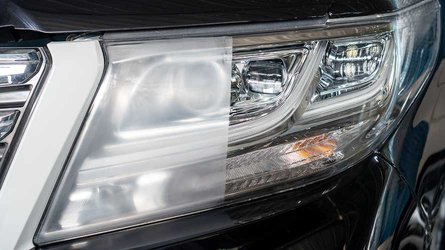 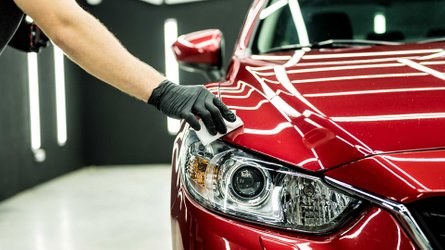 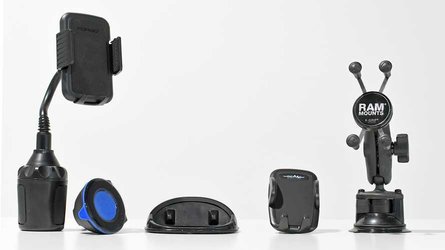 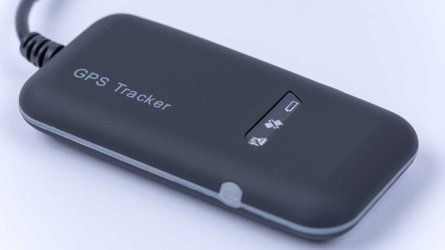 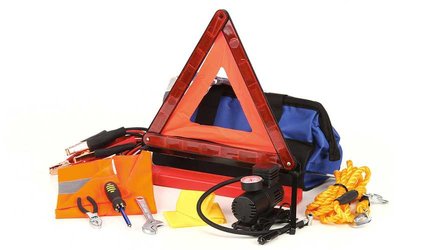