The latest Huracan is also the most hardcore.

Even with the air conditioning blasting cold air at me from every direction, I felt a bead of sweat run down my face as I came over the crest at Turn 6 at Willow Springs International Raceway, pushed the throttle to the floor, and fired off another upshift.

Roughly 45 seconds earlier I had flirted with 160 miles per hour before standing on the brake pedal to scrub off speed for Turn 1. And not long after that, I was dialing in some opposite lock to bring the rear end back in line while climbing the hill between Turns 3 and 4. The Lamborghini Huracan STO was making me earn that lap time – or at least feel like I was.

The term “track-tuned” gets thrown around a lot in the performance world, but very few road-going vehicles own it like the Lamborghini Huracan Super Trofeo Omologato does. Ostensibly a homologation special derived from the Huracan Super Trofeo EVO and the Huracan GT3 EVO race cars – the latter of which won its class at the 24 Hours of Daytona three consecutive times between 2018 and 2020 – the STO is the distillation of the Huracan down to the core essentials required for road course prowess.

I know, I know – you’ve heard something along those lines before. But while Lamborghini also developed the Performante with the track in mind, the STO embodies a significantly different development philosophy and benefits from a range of new technologies that were introduced with the debut of the Evo back in 2019. It might be easy to dismiss the array of scoops, vents, and winglets as simply Lamborghini being Lamborghini, but the Italian automaker has been adamant that form follows function in the case of the STO.

The term “track-tuned” gets thrown around a lot in the performance world, but very few road-going vehicles own it like the Lamborghini Huracan STO.

To illustrate this, Lamborghini invited me out to put this new weapon through its paces on a course that’s known as “The Fastest Track in the West.” What I discovered is that the myriad of circuit-honed tweaks on hand not only make the STO a formidable performance machine, but they also result in what may be the most exhilarating road car Lamborghini has ever produced.

Although the STO is eligible to wear a license plate, it’s clear even from a glance that the track is its natural habitat. Sporting bodywork that’s now 75-percent carbon fiber, the hood, front fenders, fascia, and splitter are now a single piece that Lamborghini has dubbed the “cofango,” while the unique rear fenders take inspiration from the Super Trofeo EVO and score NACA-style air intakes.

Speaking of intakes, in case you missed it, that roof snorkel is new, as is the engine cover. Both are designed to improve engine cooling, while the integrated shark fin is part of a larger aerodynamic strategy that includes a new manually adjustable, three-position rear wing.

“A car must be balanced in order to instill confidence in the driver to push further,” said Maurizio Reggiani, Lamborghini’s chief technology officer, during our technical briefing. And aerodynamics, he explained, play a significant role in that balance.

To that end, Lamborghini engineers looked to the Super Trofeo Evo and GT3 Evo’s aero package rather than seeking to build upon the Performante’s. Mimicking the high-pressure zones of the race cars at the front and rear, engineers were able to net 53-percent more downforce than the Performante as well as a 37-percent improvement in aero efficiency.

Although the STO is eligible to wear a license plate, it’s clear even from a glance that the track is its natural habitat.

Braking consistency was another area where Lamborghini sought out significant enhancements over the Performante, turning to F1 technology in order to take the STO a step further. Supplied by Brembo and known as CCM-R, the STO’s brake discs provide four times more thermal conductivity than traditional carbon ceramics while also improving stress resistance by 60 percent, maximum braking power by 25 percent, and longitudinal deceleration by 7 percent. The upshot is a braking system that’s predictable, easy to modulate, and far more resistant to fade during extended track sessions.

Rear-wheel steering joins a new, fixed-ratio steering rack, along with stiffer suspension bushings, STO-specific anti-roll bars, and recalibrated MagneRide 2.0 dampers. The chassis tweaks work in concert with two newly developed Bridgestone Potenza tire options: D.O.T.-legal high performance rubber that’s available in Sport and Race iterations. The Race tires will ultimately provide the most grip and resistance to overheating on the track, but it comes at the cost of tread life and, presumably, wet handling.

The interior of the STO is a no-nonsense affair, featuring carbon fiber door panels with racy pull straps, aggressively bolstered sport seats, and the bare minimum of extraneous creature comforts. On the infotainment front, the HMI touchscreen system gains a connected telemetry feature that allows drivers to monitor and record their on-track exploits and analyze the data using the Lamborghini UNICA mobile app.

The STO also eschews the Huracan’s usual Strada, Sport, and Corsa drive modes for STO, Trofeo, and Pioggia (Italian for “rain”) in those respective positions from top to bottom. And here’s a piece of trivia that’ll impress your friends on cruise night: Trofeo (the middle position on the steering wheel-mounted drive mode switch) is actually the STO’s most track-focused setting, while the Pioggia is designed to be used in wet weather but occupies the bottom position where Corsa (the most aggressive performance setting in all other Huracan models) normally would be.

Although the STO is 95 pounds lighter than the Performante – thinner window glass and lightweight magnesium wheels join the carbon-intensive bodywork – it’s actually a bit slower in a straight line with a 0-60 time of about 3.0 seconds. The revised 5.2-liter naturally aspirated engine deserves some of the blame. It’s still connected to a seven-speed dual clutch transmission and dishes out the same 631 horsepower as the Performante, but it’s been recalibrated for more direct throttle response, and that comes at a penalty of slightly less peak torque.

The real culprit, however, is that while the Performante is all-wheel drive, the STO sends all of the power exclusively to the rear wheels. That yields a considerable change in dynamic behavior when compared to a Performante, and as it turns out, it’s a big part of what makes the STO such an adrenaline-pumping monster out on a road course.

Unchanged since it opened in 1953, Big Willow is a fast, nine-turn road course that tends to test driver technique and bravery in nearly equal measure. In many high horsepower cars you can be deep into triple-digit speeds for more than half of the course, and wrong moves in some sections can have significant consequences. As such, I approached my first stint behind the wheel of the STO with a measure of caution. The aesthetic alone makes it clear that this is not some softly-sprung GT with a splash of track intent, and approachability isn’t really a hallmark of hardcore track cars.

With its slimmed down windows and minimal sound deadening, the wail of the V10 feels particularly visceral in the STO’s cabin, but it’s the sound of air being pushed through the roof snorkel as the numbers on the speedometer climb that really adds a sense of occasion to the proceedings. Well, that and the sheer pace that this thing can muster in incredibly short order. Somehow, though, Lamborghini has made the STO’s capability approachable.

Trofeo mode allows for an admirable amount of rotation even without disabling traction control, but because the STO is tuned for linearity and precision, surprises are few and far between. There’s no sudden rush of power as turbos come on boost, or a variable-ratio steering rack that requires mid-corner corrections to get back on the intended line. Every system in this car doles out its response in the exact amounts that are called upon.

Holding the car at the limit of adhesion felt particularly intuitive on Big Willow’s long sweepers thanks to the linear throttle response and the abundant grip provided by the Potenza Race rubber. At times when I exceeded the limits of traction on corner exits, the rear-wheel steering actually made it easier to collect everything back up and didn’t distract from the proceedings otherwise. I think we have the new fixed ratio rack to thank here – the STO’s steering never feels twitchy in the way that the Evo coupe did when I drove it here a few years ago. 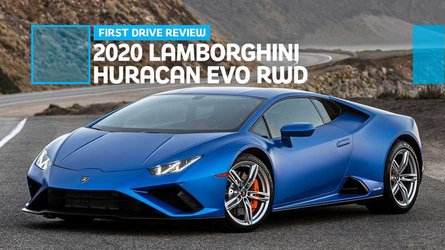 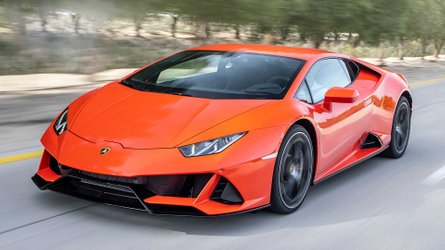 Like most track-focused compounds, the Potenza Race doesn’t provide a ton of warning at the edge, but they’re quick to recover if you’re a bit overzealous. It’s worth noting that they also managed to handle repeated lapping sessions throughout the day in 95-degree heat without turning to goo.

The brakes deserve high praise as well – not necessarily because of their thermal management (I’d have to do more than four or five laps at a time to really get a sense of their fade resistance) but because of the excellent pedal feel they provide. The predictable response allowed me to build up confidence and brake progressively later with each lap, unconcerned that I would unsettle the car or be caught off guard by discovering less stopping power than I expected for a given amount of pedal travel.

And the more speed I was willing to carry through a given section, the more the aero assisted in the proceedings. It was particularly helpful for gaining courage when setting up for Turn 8, a long sweeper with corner entry speeds of well over 120 mph. The tarmac between 8 and 9 is notoriously bumpy, too, which tests high speed stability and encourages drivers to either back off or dig in. The Huracan STO always seemed to be ready for more.

There are sections of the course – like the horseshoe between Turns 3 and 5 – where it seems clear that if power were sent to the front axle, the STO might be easier to wrangle and deliver quicker lap times.

But as focused as the STO is, I don’t think lap times are the ultimate target here. This is more about leveraging technology to make this level of performance accessible without feeling lifeless. The STO is designed to make you look and feel like a hero, and it accomplishes that goal in spectacular fashion.