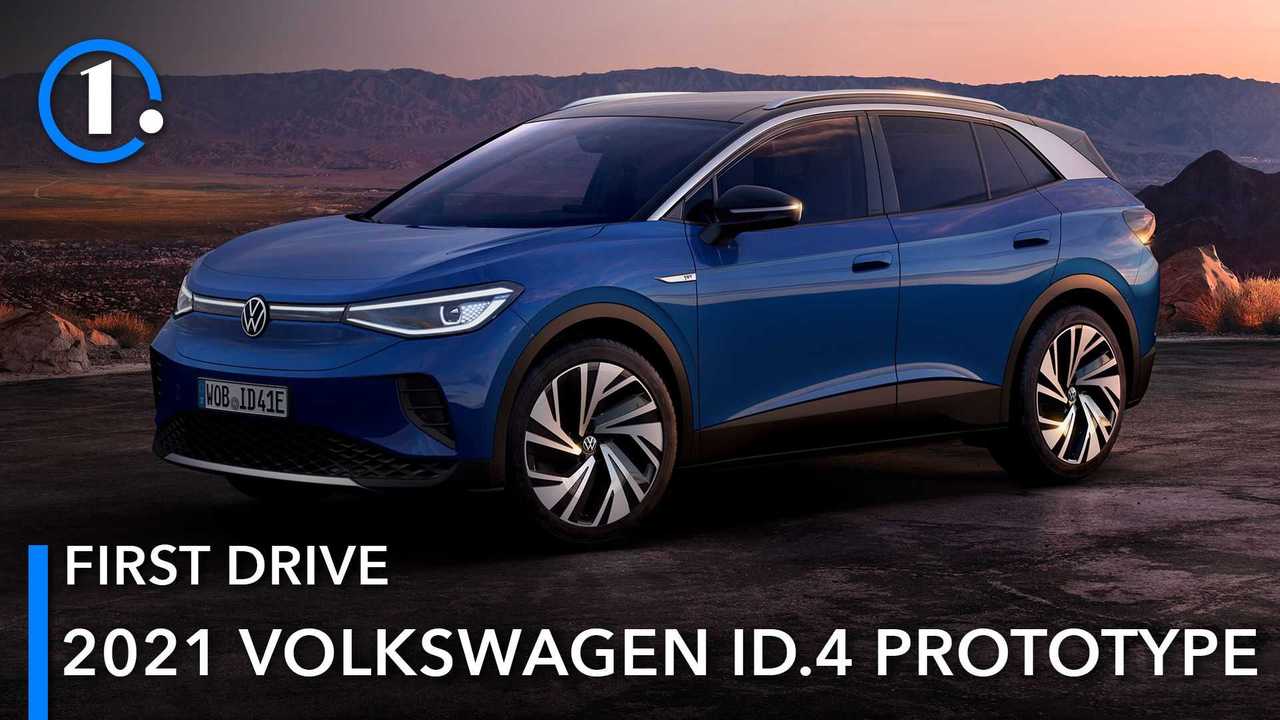 Ignore the electric powertrain – the ID.4 is a just a very impressive modern crossover.

Two things bookended my brief test drive of a 2021 Volkswagen ID.4 prototype. As I was getting familiar with the car in the parking lot of a local dealer, which VW corporate had requisitioned for this test, a 20-something Honda Civic Coupe owner walked out of an adjacent dealership, saw the car, and shouted, “That's the best-looking VW I've ever seen,” before asking a number of other questions.

After my test, a 50-something man in a suit, also at the adjacent dealer, met me at the car's door to ask about the ID.4. I've been driving new Volkswagen products for 15 years and have never seen such a reaction, let alone twice in an hour, to one of the brand's products. This is a vehicle quite unlike anything the German brand has done before.

Editor's Note: Due to the prototype status of our test vehicle, Volkswagen requested that we not capture any exterior images. For that reason, the shots you're seeing are from the ID.4's debut.

That's not because it's particularly different, though. The ID.4 is your typical compact crossover, from its form factor to its innocuous demeanor. It innovates though, exploiting the advantages of an electric vehicle platform to offer a more spacious cabin and a more pleasant driving experience, while at the same time using clever aerodynamics to introduce more attractive exterior design. This feels like the first mainstream vehicle from a conventional automaker that treats its electrification as a benefit rather than a raison d'être, mainly because it doesn't beat you over the head about being an EV.

That's not to say the ID.4 is short on EV quirkiness. The exterior design is clean and focused on slippery aerodynamics, with a low, two-tiered nose and prominent lower fascia designed to channel air around to the sides. In back, a full-width LED light bar ties the taillights together and mimics the shape of the headlights – look from front to back and the symmetry of the styling is hard to ignore. The ID.4 is, as our Civic Coupe–owning friend pointed out, pretty darn handsome.

On the surface, the cabin takes a similarly modern tack that feels a little derivative at times. The 5.3-inch digital instrument cluster, which like the center touchscreen – 10.0 inches standard, 12.0 optional – has the tablet look that's all the rage. The cluster itself sits atop the steering column, like an early 2000s Mini. Attached to the right side of that display is a twist-knob gear selector, like a BMW i3.

The cabin is spacious and thanks to the standard glass roof of my 1st Edition prototype, the experience is airy and open, too.

Get over these details and their starkly beige finish and the benefits of the ID.4's modular electric platform shine through. The floor is as flat as the day is long, with a low center console that hides significant amounts of reconfigurable storage, a wireless charge pad, and four USB-C ports (two for the folks in the back). The cabin is spacious and thanks to the standard glass roof of my 1st Edition prototype, the experience is airy and open, too.

The driver's seat has a wide range of adjustability and massage functionality, in addition to heating. In the back, there's adequate legroom, even with the front seats all the way back. With the front chairs in a position for my 6-foot-2 self, though, the cheap seats are borderline cavernous, with enough legroom for full-size adults to sit comfortably as the driver whittles away the ID.4's 250-mile range. There's suitable headroom, while the flat floor makes the middle seat tolerable over short stretches – if you routinely fill every seat in your crossover, the ID.4 likely represents an upgrade for the poor soul that's stuck in the center.

The ID.4 feels like an upgrade on the road, too, despite similar power figures to gas-powered alternatives. The 82-kilowatt-hour lithium-ion battery energizes a 150-kilowatt (201-horsepower) electric motor, making the ID.4 slightly more powerful than the 184-hp Tiguan. Torque is almost equal between the two products, with 228 pound-feet in the ID.4 and 221 in the gas-powered CUV.

Despite the immediate torque delivery, the upgrade comes not from performance but the uninterrupted acceleration and the silence of the drivetrain. The ID.4 feels only marginally quicker than a comparable gas-powered car, but it's immeasurably more pleasant and refined while accelerating. At the same time, the performance tapers off noticeably at around 50 miles per hour. Aside from at low speeds, the ID.4 performs more like a gas-powered vehicle when asked to go faster. That's good news for first-time EV owners, who will feel right at home with the way the ID.4 accelerates.

The ID.4 feels only marginally quicker than a comparable gas-powered car, but it's immeasurably more pleasant and refined while accelerating.

Volkswagen's one polarizing decision in regards to the powertrain seems aimed at those same first-time EV owners. Twist the gear selector to D – it takes one detent – and the ID.4 coasts like an ICE-powered vehicle when the driver is off the throttle. Twist the selector again to B and there's some regen, but the car doesn't decelerate quickly enough for one-pedal driving. Moreover, this is the lone level of regeneration. That relatively fixed approach might appeal to folks unfamiliar with the on-off nature of some EVs, but it does leave me concerned about maximizing real-world range.

That figure currently sits at 250 miles on the EPA cycle for our rear-drive 1st Edition tester, although one of the Volkswagen folks that briefed me said he'd seen estimates as high as 297 from the car's on-board computer. The weather blunted my experience, meanwhile, as high winds and the coldest temperatures of the season so far sapped electrons from my ID.4.

I started the roughly 23-mile, highway/city test route with 222 miles of charge and returned with around 175. Considering the wind was gusting past 30 miles per hour, the temperature was around freezing, and I was cycling through the ID.4's three drive modes while making sudden bursts of acceleration, the lost range feels reasonable. That said, I'm eager to give the ID.4 a real-world test in more agreeable conditions.

On such a short route, there was no need for charging during my test. But it's worth noting the ID.4 accepts a 125-kilowatt rate at DC fast chargers (enough to take the battery from five to 80 percent in under 40 minutes) and comes with three years of free charging at the ever-growing Electrify America network. Along with the 250-mile range, I'd call the ID.4 suitable for occasional interstate journeys. 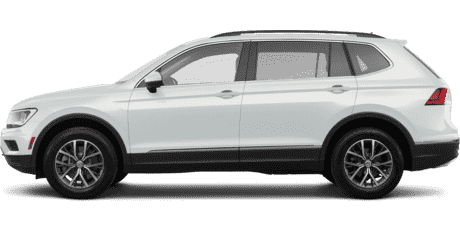 The short, frigid test route was a poor exercise of the ID.4's range, but Michigan's pockmarked roads proved a suitable challenge to the EV's suspension. In short, the ID.4 feels comfortable and composed on rough roads, with its strut-type front/multi-link rear setup managing expansion joints, potholes, and other imperfections without disrupting the driver. There is some annoying road noise, though.

Handling is a tougher thing to judge on such a brief route, although like the car's straight-line performance, outright agility doesn't feel like a priority – in the few bends I encountered, the ID.4 rolled more than expected from a car with such a low center of gravity. Still, the stiff body and MEB architecture meant that these ample body motions felt controlled rather than sloppy. The ID.4 can't outmaneuver a Mazda CX-5, but it's acceptable for the segment.

Volkswagen ID.3: Everything You Need To Know

Some corners of the internet have grumbled over the ID.4's rear drum brakes, but they're irrelevant in everyday driving. The regenerative brakes handle stopping duties in most situations and they operate via a predictable, solid-feeling brake pedal – the brakes aren't grabby or difficult in any way. As with so much else on this car, it feels like Volkswagen went out of the way to make the ID.4 as approachable as possible to first-time EV drivers.

Each variant is available with a pair of option packages – the $4,500 Statement pack adds worthwhile equipment like the 12.0-inch touchscreen, glass roof, and hands-free liftgate, while the $1,500 Gradient pack is mostly aesthetic – but the base ID.4 Pro packs plenty of stuff. Standard features include heated front seats and a heated steering wheel, a wireless charge pad, the 10.0-inch touchscreen, a 30-color ambient lighting system, and most importantly, a full suite of active safety gear under the ID.Drive trademark.

A healthy roster of standard equipment, a comprehensive active safety suite, an attractive design, a spacious cabin, and a sub-$40,000 price tag is about all I ask of a modern crossover. The ID.4 offers all of that plus a 250-mile range, three years of free charging, and a more refined driving experience than any comparable combustion-powered car. In terms of potential, there are few products that I'm more excited to see hit the market than the new ID.4.