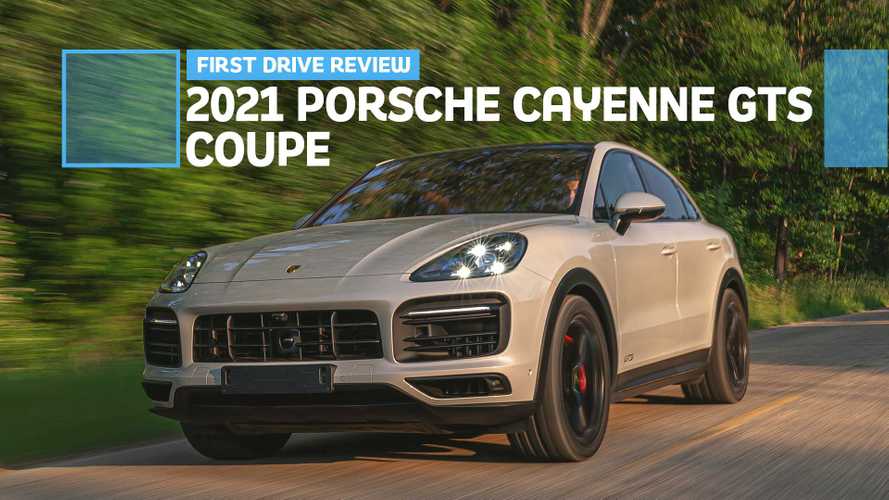 As Porsche’s in-betweener trim arrives on the Cayenne Coupe, it remains the one to get.

It's hard to describe Porsche as being a good value. Don't get us wrong, the entire range is excellent, from the entry-level 718 Boxster to the new 911 Turbo S – it's always a good day when there's a Porsche in your driveway. But regardless of which model you're shopping for, we have one important suggestion: if it's available, get the GTS.

Yes, this is an argument we've made before. But it remains pertinent as 2021 Porsche Cayenne GTS and Cayenne GTS Coupe roll out. With the range fleshed out, from base to S to Turbo to E-Hybrid, the latest GTS trim hits the sweet spot of performance, driving character, style, and price – as it’s done for years.

Being familiar with a vehicle before testing a new variant is always helpful, and as luck would have it, Porsche booked our date with the Cayenne GTS Coupe a few days before we received a Cayenne S Coupe. In fact, we returned the latter the day we drove the former. And while that made it easy to home in on the GTS' additional grunt, the true separator between these two products is their character.

The Cayenne S is, for all intents and purposes, a (very) sporty luxury crossover with more relaxed reflexes and a powertrain that takes a bit of prodding to provoke. It's a bunch of fun, but the Cayenne GTS is so much more invigorating. From its standard sport exhaust to its retuned, standard air suspension, there's an assertiveness to the way the GTS model drives.

That starts, of course, under the hood. Instead of a twin-turbocharged 2.9-liter V6, the GTS boasts a detuned version of the twin-turbocharged 4.0-liter V8 found in the Cayenne Turbo. This is the tried-and-true approach for Porsche's GTS models, taking a car's most powerful engine and turning down the wick a smidge. In the Turbo's case, the 4.0-liter normally packs 541 horsepower and 567 pound-feet of torque – in GTS trim, power falls to a still-respectable 453 hp and 457 lb-ft.

But don't let those seemingly minor increases in output over the 434-hp, 405-lb-ft Cayenne S fool you. The 4.0-liter is a different animal, feeling more intense from start to stop. The V8 revs eagerly, just like in every other Volkswagen Group product it's found in, and with peak twist spread lavishly between 1,800 and 4,500 rpm there is always the sense that this engine is ready for fun.

Save Thousands On A New Porsche Cayenne

When we dug into the progressive throttle, the Cayenne GTS surged ahead on a relentless wave of torque. The power delivery was sudden but easy to predict, which only encouraged us to exercise the V8 further. You'll get to 60 in 4.5 seconds, although cars carrying the Sport Chrono package can do the deed in 4.2 thanks to launch control. Each stat represents a four-tenths improvement over the equivalent Cayenne S.

Unsurprisingly, the V8 delivered a richer sound, too, thanks both to the extra pair of cylinders and its standard sport exhaust. Our GTS tester improved on the upgraded setup with its Lightweight Sport package, which, among other things, ditches the standard pipes for twin center-offset exhausts like you'd find on a 911. This upgrade shaves about 10 pounds off the GTS' standard exhaust but delivers an even brawnier exhaust note.

As rich as the GTS sounds, though, it's worth noting that American-spec cars will sound even richer than the European-spec models we drove. As was the case with the 911 and other Porsche models, the European Union mandates a gasoline particulate filter that muffles some of the sound out the back – since we live in a country that can't be bothered by global climate change, US-market GTS models don’t use the filter and will sing freely.

Powertrain tweaks aside, US-market cars stand apart with a no-cost air suspension, a ticked option on our European tester that takes the place of traditional steel springs. Porsche Active Suspension Management adaptive dampers are also standard on the GTS line – both PASM and the air suspension are options on the Cayenne S. This setup means the GTS sits nearly 1.2 inches lower than its S-badged sibling

Our tester added Porsche's excellent Dynamic Chassis Control (PDCC) – which is a marketing name for active anti-roll bars that take the “anti” part of their name more seriously – as well as four-wheel steering. The only thing we were missing on the performance front were the pricey brake upgrades – Porsche's surface-coated brakes carry a $3,490 price tag, while the carbon-ceramic setup demands $9,080, making it the most expensive single option in the Cayenne GTS catalog by a healthy margin.

The Cayenne GTS is just a joy to throw around.

But the standard stoppers, 15.3-inch discs with red six-piston calipers up front and 14.1-inch rotors with four-piston binders in back, are more than up to the job of slowing the 5,000-pound Cayenne GTS. And once at an appropriate speed – which is far higher than you'd think – the GTS can assault corners in a way vehicles weighing 1,000 pounds less could only dream of.

Turn-in, aided by a lower center of gravity and our tester's carbon-fiber roof (another Lightweight Sport pack feature), is immediate with the GTS Coupe seemingly taking a bite out of the road. Once in the corner, PDCC does its thing and delivers a flat, balanced character. The Cayenne accepts throttle in the turns better than you'd expect, while the standard Porsche Torque Vectoring Plus and the optional rear-wheel steering system curb the worst urges to understeer. The Cayenne GTS is just a joy to throw around.

A GTS Through And Through

The GTS feels considerably more sporting than the Cayenne S, but the non-monetary costs of the upgraded trim are pretty reasonable. The optional 22-inch wheels have some impact on the ride relative to the air-suspended Cayenne S with 21s we tested previously. We noticed more road noise from these wheels and additional exhaust noise from the Lightweight Sport-spec exhaust, but both models show excellent control of wind – the GTS we drove won out slightly, as it carried the optional noise-insulated glass, a $1,130 option.

The cabins of the two models are broadly similar, too, with the main differences being our GTS' houndstooth fabric and black leather and the Alcantara-wrapped steering wheel (another Lightweight Sport addition). You'll find the same excellent seats, offering plenty of support and comfort, although we preferred the adjustability of the GTS' optional 18-way chairs. All of this is to say that while the GTS was inarguably more dynamic and enjoyable to drive, customers that value comfort will still find it in spades.

Porsche has found a happy middle ground in its largest product's lineup.

But while the figurative cost is low, there's a literal cost to the GTS, which starts at $107,300 for the standard body and $110,500 for the coupe body. Those are increases over the Cayenne S of $22,200 and $20,600, respectively. But if price is really an issue, here are three things to remember: the GTS offers a lot of the Cayenne S' optional equipment as standard (the air suspension, PASM, and the sport exhaust alone are $5,400 normally), it has noticeably more torque, and you'll be saving about the same amount compared to the 541-hp Cayenne Turbo. So really, Porsche has found a happy middle ground in its largest product's lineup.

Which makes sense. Porsche's GTS line has always been the Goldilocks trim, offering enthusiasts a just-right blend of performance and comfort at a just-right price, all while introducing some noteworthy aesthetic touches that make it feel just a bit more special than a run-of-the-mill S or Turbo. That's certainly the case with the 2020 Cayenne GTS. 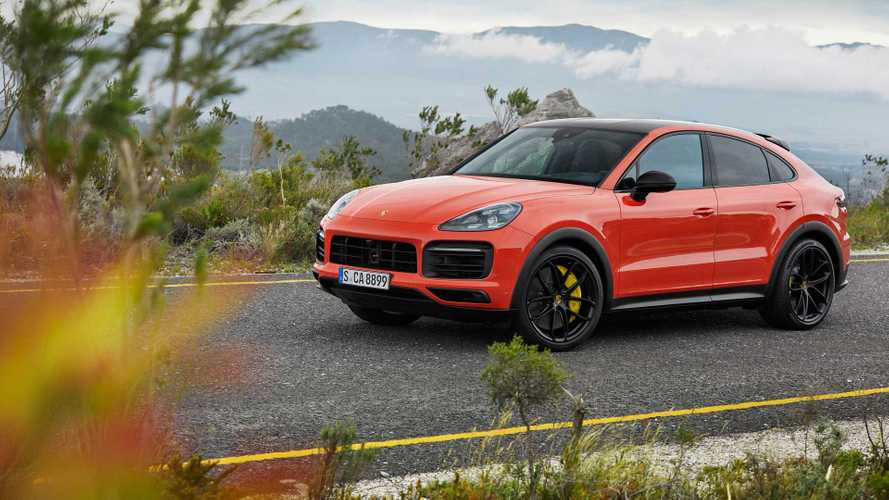