The Most Affordable Car Insurance In New Jersey 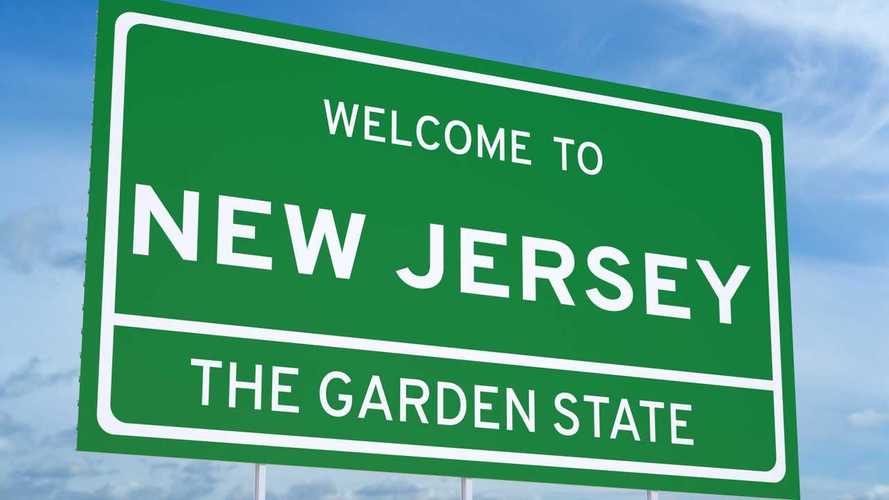 Learn how to navigate car insurance in the no-fault state of New Jersey.

With its high population density, New Jersey has some formidable traffic, both on parkways and on local streets. As a driver, you want to have the best New Jersey auto insurance coverage to brave that traffic. At the same time, it needs to be affordable.

New Jersey Is A No-Fault State

Before we get into the details, we need to let you know that New Jersey is a no-fault state. That means drivers seek compensation for medical bills from their own insurance companies, regardless of who is at fault in an accident. It also means that a driver can file a first-party claim with their own insurance company to cover property damages or file a third-party claim with the at-fault driver.

While most states have insurance requirements, no-fault state requirements are usually different from what at-fault states require. These requirements are also called financial responsibility laws. Many states give you the option to forego insurance if you can prove that you have the means to cover repayment after causing an accident. If you cause an accident without insurance and can’t cover the cost, your license and registration may be revoked or suspended. Many states will also require you to file an SR-22 form, which verifies that you will carry insurance for the next three years.

New Jersey car insurance requirements are a bit different from other states, so we’re going to cover the basic coverage definitions first:

You actually have two options to satisfy minimum coverage amounts for New Jersey auto insurance. The bare minimum is called the Basic Policy, and it is best for people with few assets and minimal family responsibilities. While you technically satisfy minimum requirements with a Basic Policy, New Jersey recommends that you purchase at least a Standard Policy if you are able to. Here’s what the Basic and Standard Policies look like:

You can see that the main difference between a Standard Policy and Basic Policy is found in the first box – bodily injury liability. While everyone is required to carry PIP to cover their own medical expenses, $15,000 is not much to work with. The extra liability insurance under the Standard Policy can come in handy when you cause a serious accident.

New Jersey car insurance plans also allow drivers to purchase up to $250,000 in PIP coverage. PIP benefits require a $750 deductible, and raising or lowering that deductible will change the total cost of your PIP premium. You can also reduce the cost by naming your primary healthcare provider as your PIP provider.

Finally, each time you file a PIP claim in New Jersey, you’ll also have to make a copayment. The copay amount is 20 percent of the difference between your deductible and $5,000. If that sounds like a headache, it is. For example, let’s pretend you have a $1,000 deductible. You get into an accident and need to file a PIP claim that’s within your coverage limits. First, you’ll pay your $1,000 deductible. Then, you’ll pay a copay that’s 20 percent of $4,000, which is $800. Just for fun, here’s what your PIP expenses would be for different deductible amounts:

There’s another difference worth mentioning between the Standard Policy and the Basic Policy. Under the Standard Policy, drivers have the Unlimited Right to Sue for both economic loss and pain and suffering. Drivers with a Basic Policy can still sue for economic loss (lost wages and medical bills), but they can only sue for pain and suffering if they experienced a permanent injury.

Since New Jersey has the highest population density out of the 50 states, you’d expect N.J. auto insurance to be expensive. In fact, it is. However, it’s not the worst. According to The Zebra’s State of Insurance report, Michigan residents pay the highest annual premium, which is $2,693. The same report found that New Jerseyans pay $1,671 on average. Compared to the national average of $1,470, that’s not so bad.

Average prices for the state minimum are $877 per year, while full coverage (100/300/100 liability plus comprehensive and collision) averages $1,782. Notice that the term “full coverage” doesn’t include medical coverage, uninsured/underinsured motorist coverage, or extras like Guaranteed Asset Protection (GAP) insurance. A policy with minimum liability coverage plus comprehensive and collision can cost between $1,360 and $1,490 – depending on your deductible.

To get this data, The Zebra used a profile of a 30-year-old single male with a clean driving record and a 2014 Honda Accord. So, you might find different rates when you apply for quotes. New Jersey car insurance quotes are influenced by many things, such as:

If you find an N.J. car insurance quote that’s below the state average, we’d say that’s a good deal. However, make sure you know exactly what the policy covers, so you aren’t caught off guard later on.

Another thing to know is that the New Jersey car insurance market is never stagnant. Prices can fluctuate over time, and many other states have seen huge growth in premiums over the past 10 years. However, as a New Jersey car insurance policyholder, you’re lucky. The State of Insurance report found that N.J. auto insurance prices only rose 3.28 percent between 2011 and 2018. In contrast, 17 other states experienced increases of 40 percent or more. Ouch.

How To Lower Your New Jersey Car Insurance

The quickest way to lower your own insurance costs without switching companies is to increase your deductible. You can lower your yearly premium by about $200 by increasing a $500 deductible to $1,000. However, make sure you’d be able to pay your deductible if you had to. You might be a great driver, but many other drivers on the road are not.

You might also consider downgrading your coverage, though that’s a risky game. First of all, if you financed your car, your lender requires you to have a certain amount of coverage. That coverage is probably more than the state minimum, and many lenders require you to have collision and comprehensive coverage. Also, do you want to risk a lawsuit? Other drivers can sue you if your policy doesn’t cover all of the damages from an accident.

The state of New Jersey has almost 39,000 miles of public roads, and its drivers traveled over 77.5 billion miles total in 2018. The state also has about 6.3 million licensed drivers, and there were 278,413 reported crashes in 2018. If we assume that an accident involves two drivers, New Jersey drivers had a 10 percent chance of getting into an accident during the year. Looked at another way, the average driver would experience an accident at least once every 10 years. That might not sound very often, but you never know if an accident will happen today or five years from now.

In our research of the top car insurance companies, USAA stood out for its price, customer service, and claims process. We named it best overall, and we think it also offers the best auto insurance rates for New Jersey. Here are a few things we like about USAA:

USAA is available to military members and candidates in commissioning programs. It’s also available to spouses and children of USAA members who have or have had auto or homeowners insurance. Once a military member signs up for a USAA policy, they can pass on eligibility to their children, grandchildren, and so on.

Progressive wrote $27 billion in premiums in 2018 and is the third-largest company for private car insurance. It has an A+ rating from AM Best, though it performed average on both of the J.D. Power studies mentioned above.

In addition to standard coverages, Progressive offers coverage options like roadside assistance, loan payoff, custom parts coverage, and insurance for rideshare drivers. The company has some decent car insurance discounts, too. You can lower your rate with the Snapshot app, and you can save $50 toward your deductible for each policy term you have without a claim.

The Best Auto Insurance Companies In 2020

AAA Car Insurance Review: All You Ever Wanted To Know

Our Review Of Progressive Car Insurance