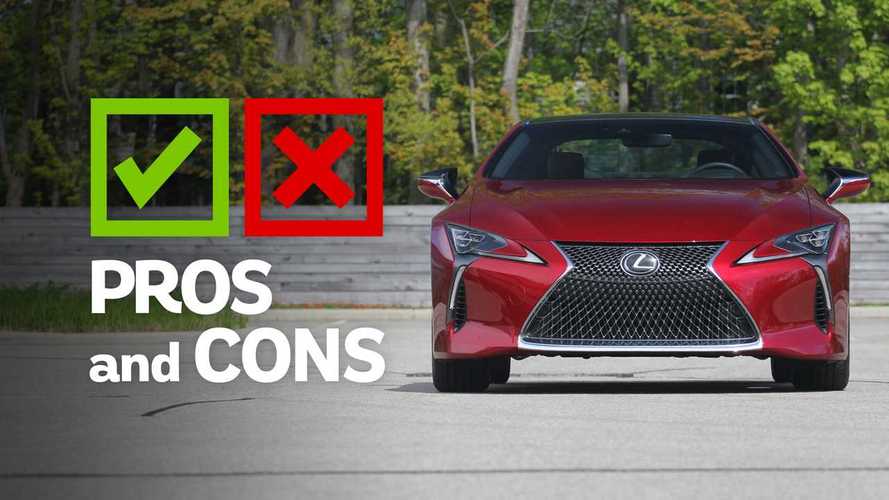 A traditional GT, powered by an old-fashioned V8, that looks like a work of modern art.

For some time now, Lexus has been trying to shake the stodgy image it earned in the first two decades of its existence. Look across its current lineup and you’ll see vehicles whose styling looks nothing like the conservative exteriors of the brand’s early years.

All About The LC:

The poster car for this revolution is the Lexus LC 500 luxury sport coupe, which wears the most undiluted interpretation of the company’s current design language. This is a gorgeously designed car, undeniably so. But it’s also powered by a big, naturally aspirated V8 (a hybrid powertrain is also available). Front-engined and rear-wheel-drive, the LC 500 is at the same time a look forward for Lexus and a throwback for the rest of us.

The LC 500 started life as a concept car called the LF-LC, which debuted at the 2012 Detroit Auto Show. It took some six years for that concept to reach production car status as the LC, but what’s remarkable is how little the car changed in the process. I was there in 2012 when the concept was revealed and remember thinking, “It’s gorgeous, but there’s no way Lexus has the guts to build it like this.” Lexus proved me wrong, remarkably so, by bringing the LC 500 to market with very little of its exterior changed. The interior, though, is a different story; the concept car’s cabin was too out there to survive the transition to production. Instead, Lexus gave the LC 500 a more traditional interior, but still lets loose with some striking color options.

The venerable V8 engine has lost lots of market share recently, ceding ground to smaller engines aided by turbos and superchargers (and sometimes both at once). That’s why it still warms the cockles to hear a rumbling V8 bark to life at the command of your right foot. The LC 500’s 5.0-liter V8 meets that magic displacement mark and produces 471 horsepower and 398 pound-feet of torque, all of which is routed through a 10-speed automatic transmission connected to the rear wheels. Pushing your foot into the carpet is like hitting play on your favorite mix-tape from the ‘80s – this is arguably the best sounding V8 on the market. Manufacturers are making fewer and fewer engines like this every year, which makes the LC 500’s an increasingly rare and special powerplant.

Many cars that offer multiple drive modes don’t do a good job of making each mode feel distinct. While they’re supposed to modify vehicle systems like the steering, suspension, and throttle sensitivity to match your driving mood, some will change those variables in such a narrow range that it’s not worth switching the modes ever at all. The LC 500 is not like that. It offers five driving modes: Eco, Comfort, Standard, S Sport, and S Sport+). All are well defined and modify the car’s demeanor to precisely fit their description. My favorite mode was actually S Sport, which made the car extra responsive, as well as loud, but was still accommodating enough for daily driving.

The LC 500 looks like a supermodel from 20 yards away, but upon closer approach, there are some rather blingy details I wish were absent. The worst offender to my eyes are the rear taillights. While their triple-armed shape is cool, the material used to surround the lightning elements looks like textured plastic chrome. It’s merely a poor material choice on an otherwise expertly designed exterior, but it stands out all the more because of the beauty that surrounds it.

The LC 500’s transmission uses a first-gear lockout feature to facilitate smoother takeoffs, but the sluggish acceleration from a stop can give you the impression this car isn’t as powerful or quick as it really is. Yes, you can bypass the lockout by pushing harder on the accelerator, but that means you’re never surprised by the LC 500’s accelerative force because it has to be intentionally summoned. Likewise, when left in auto mode, the transmission felt hesitant to downshift quickly or deeply enough unless your right foot was pushed past the point of propriety. This behavior was slightly less prominent in the car’s two sport modes, but still there. Fortunately, you can shift gears yourself in manual mode using the LC 500’s sublime paddle shifters.

Nearly $100,000 doesn’t necessarily buy you a great infotainment system.With Lexus vehicles, it buys you what may be the industry’s worst. The Lexus Enform infotainment suite in the LC 500 features terrible input controls – a trackpad that moves a sticky mouse cursor on the screen – and the same tired graphics and ancient menu structure as every Lexus before it in the modern era. Yes, the trackpad is new and replaces the even more clunky mouse controller, but it’s barely an improvement. This Japanese luxury carmaker doggedly persists with this terrible setup despite years of critical thrashing. Would it deter me from buying or recommending an LC 500? It might, considering the level of competition in this class. At least it finally has Apple CarPlay (though not Android Auto) compatibility.