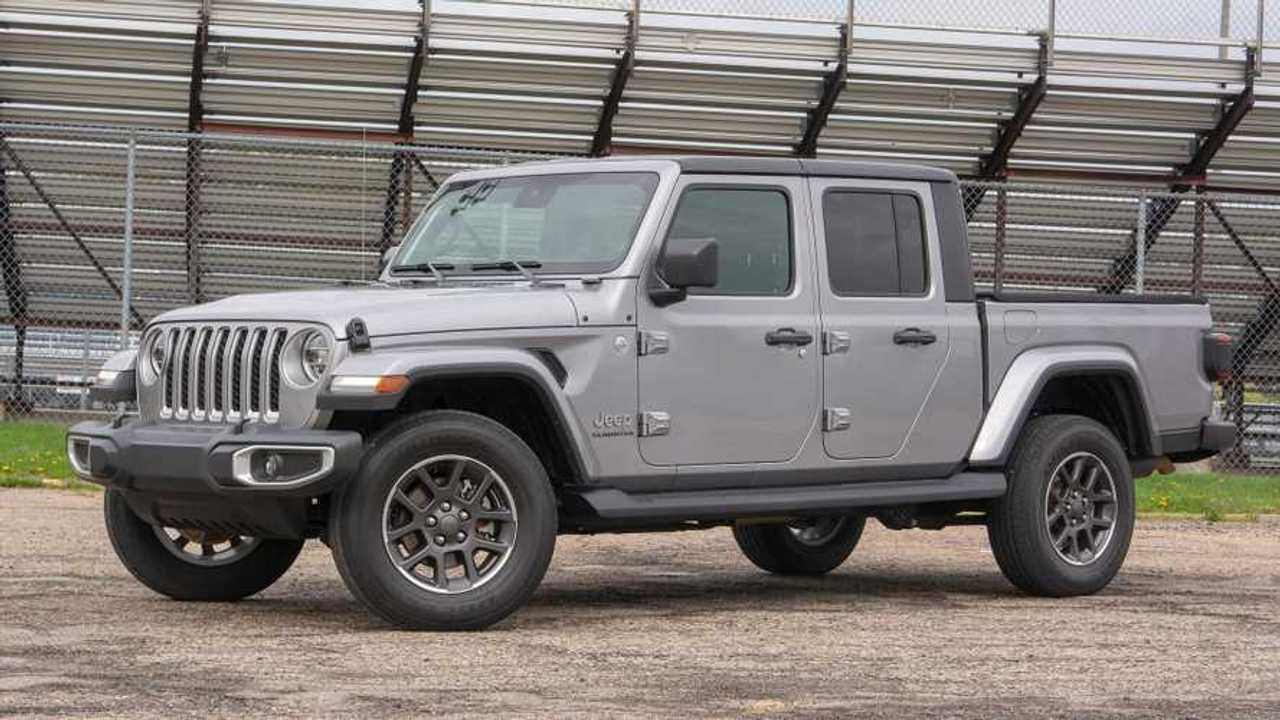 A better Wrangler, but not a great pickup.

The 2020 Jeep Gladiator is a better Wrangler Unlimited for most people. I know… that’s a big claim. The Wrangler is a freaking icon, quite possibly the most identifiable vehicle on the planet. But anyone that’s ever driven one knows that its historic style hides a ridiculously antiquated on-road experience.

My Name Is Gladiator:

The Wrangler is uncouth and uncomfortable, and it’s easily disturbed by imperfections. It takes a level of craziness to want to deal with it on a daily basis. But the Gladiator offers all that the Wrangler does – military style, capability, and genuine coolness – without feeling nervous or difficult. This is the Wrangler driving experience distilled into something that’s more likable and easier to manage.

It’s easy to classify the Gladiator as nothing more than a Wrangler with a bed, but there’s more to it than that – this is a better Wrangler. But better also means pricier, and while the Gladiator refines the Wrangler driving experience, it doesn’t make it any safer or more efficient. Meanwhile, failings as a pickup truck hurt the Gladiator’s overall score relative to the vehicle it’s based on.

Scores updated in March 2021. A vehicle's ratings and verdict are relative only to its own segment and not the new-vehicle market as a whole. For more on how Motor1.com rates cars, click here.

Unfortunately, the Gladiator has easily the highest starting price in the mid-size truck segment. The base Sport trim starts at $33,545, while base versions of the Chevrolet Colorado, GMC Canyon, Toyota Tacoma, and Ford Ranger sit in the mid- to low-$20,000 range. But those prices reflect two-wheel-drive, regular-cab examples with base four-cylinder engines. The Gladiator, instead, comes standard with four-wheel drive, a V6 engine, and four full-size doors. Factor that in, and the Gladiator’s price isn’t so egregious.

As for our tester, the Overland trim adds $6,850 to the base price, which makes for a starting sum of $40,395. It adds 18-inch wheels, a body-color grille, dual-zone automatic climate control, a leather-wrapped steering wheel, a 7.0-inch touchscreen infotainment system (over the base 5.0-inch screen), and USB inputs for the second row. More importantly, it grants access to a host of additional option packages, and my tester had nearly all of them.

In terms of a la carte options, my tester also carries the $2,000 eight-speed automatic transmission, the $595 Trac-Lok rear differential, a $495 proximity key, a $1,195 hardtop roof, a $295 wireless Bluetooth speaker, and a $495 tonneau cover. The only option missing, oddly, is leather upholstery.

While both the fully loaded Chevrolet Colorado ZR2 Bison and Toyota Tacoma TRD Pro – vehicles that challenge the rugged Gladiator Rubicon, are more affordable, my Gladiator test vehicle carries significantly more kit (even if it can’t keep up off road). If you can afford the Gladiator, it’s safe to say that it has all the gear you could need.

It’s a Wrangler with a pickup truck bed on the back. This is what you asked for. Are you not entertained?

Russell Crowe quotes aside, transforming the Wrangler into a truck has an unfortunate effect on its proportions. Stretching the wheelbase and switching from a two-box to a three-box design, while retaining four full doors isn’t a great move from a styling standpoint – the Gladiator simply isn’t very attractive, especially in profile.

Like the exterior, the Gladiator’s cabin is essentially a straight port from the JL Wrangler. That means improved materials, a rugged aesthetic, and chunky switchgear. It all works well and looks pleasant. But if you were hoping Jeep took a second look at the Wrangler’s cabin while designing the Gladiator, prepare for a letdown. Again, this is a Wrangler with a pickup truck bed.

My Overland trim does come with a few unique aesthetic enhancements that roughly equals the Wrangler’s Sahara trim. Both trims include body-color wheel arches, a body-color seven-slat grille, and 18-inch wheels and tires.

For starters, it has solid axles, but a five-link rear suspension and an extra 18.9 inches between the axles eliminates the Wrangler’s worst qualities. The Gladiator is significantly more comfortable than an equivalent Wrangler, with better manners and less skittishness.

And while there is a bed in back, the Gladiator fails at some of the things trucks traditionally do well. Shop for a Chevrolet Colorado, and you can choose one of three cabin sizes and two different bed lengths. Ditto for a Toyota Tacoma, as well as every half-ton truck. That’s less of a problem for the Gladiator’s cabin (proportions aside), but it is an issue for the bed. A five-foot long box is the only option, and on top of that, it’s not very deep. That compromises the overall volume – the Gladiator’s bed volume sits at just 35.5 cubic feet, while the Chevy Colorado offers 41.3 cubes with its five-foot, two-inch bed and 49.9 cubes with the available six-foot, two-inch bed.

The heart of the Gladiator’s tech suite is Fiat Chrysler's excellent UConnect 4 infotainment system. Available with the 7.0- and 8.4-inch setups (the base 5.0-inch display runs UConnect 3), UConnect 4 has attractive graphics, is quick to respond to inputs, and is remarkably easy to navigate. Apple CarPlay and Android Auto are both standard, although the default system is good enough that I never really felt the need to plug in my iPhone.

The Overland trim comes standard with the 7.0-inch display, although my tester features the bigger 8.4-inch setup. Aside from screen size, the only functional difference between the two is the 8.4-incher’s navigation function (which the 7.0-inch handles via CarPlay/Android Auto). Other standard features on this trim include dual-zone automatic climate control, power windows and locks (like the Wrangler, these are optional extras on the base Gladiator), an eight-speaker audio system, and seven USB inputs (a USB-A and USB-C in the center stack, a USB-A in the center console, and two USB-As and two USB-Cs for second-row passengers).

Under hood, the Gladiator’s Wrangler bones shine through yet again. This pickup features the same base powertrain: a 3.6-liter V6 with either a six-speed manual or an eight-speed automatic gearbox. In terms of off-road gear, every truck gets solid Dana front and rear axles as well as a low-range transfer case, all of which makes the Gladiator worthy of its Trail Rated badge.

Unsurprisingly, the Gladiator drives like a Wrangler. The 3.6-liter V6 is likable, with plenty of low-end torque and mid-range punch. Like the Wrangler, this engine is good for 285 horsepower and 260 pound-feet of torque. The optional eight-speed automatic transmission is a clever gearbox that fades into the background during everyday driving. But the handling is quite different.

In building the Gladiator, Jeep engineers stretched the Wrangler’s wheelbase by a whopping 18.9 inches. This has a dramatic effect on ride quality. Put simply, it’s easy to forget how closely related the Gladiator is to the Wrangler. The ride is composed, stable, and confident in a way the Wrangler isn’t. I’ve long joked that I look forward to every Wrangler I receive… for the first 10 minutes.

The jarring, unpleasant, nervous character of the ride is so tiring that I swore I’d never consider a Wrangler. But after a week behind the wheel of the Gladiator, I’m trying to figure out just how I could get one in my driveway permanently (maybe one of those super-appetizing lease deals). Put simply, the Gladiator eliminates the Wrangler’s biggest problem; its horrid, nervous ride. In fact, I’d go as far as to say that the Wrangler is as comfortable as the more conventional pickups in its class.

Along with the ride, the Gladiator distinguishes itself with its towing capacity. Simply order the $250 Trailer Towing Package, and this Jeep can haul an impressive 7,650 pounds, significantly more than the Wrangler (3,500 pounds) and just a smidge more than the Chevrolet Colorado (7,600 pounds) and Ford Ranger (7,500 pounds).

Neither the IIHS nor NHTSA have crashed the Gladiator yet. As for active safety gear, it’s limited to the top three trims (Sport S, Overland, and Rubicon) and requires two option packages. The pre-requisite package is the $995 Active Safety Group, which for reasons that only make sense to Jeep, doesn’t include any active safety gear. Instead, it adds blind-spot monitoring, front and rear parking sensors, and neat-looking LED tail lights.

Getting real, substantial active safety features means adding the Active Safety Group, upgrading to the $1,595 8.4-inch touchscreen display, and then chipping in $795 for the actual package. The result is a truck with a full-speed forward collision warning system with automatic emergency braking and adaptive cruise control. The real-world cost of adding active safety gear to the Gladiator sits at a hefty $3,385.

The Gladiator is rated at 17 miles per gallon city, 22 mpg highway, and 19 mpg combined. On the bright side, it’s happy to run on plain 87-octane fuel. As for the onboard computer, we saw around 16 miles per gallon. Most of my driving was in an urban setting, though.

Fit the Toyota Tacoma, GMC Canyon, or Chevrolet Colorado with an automatic transmission, V6 engine, and four-wheel drive, and the Gladiator’s numbers are roughly even with the competition. All of these trucks return 17 or 18 mpg in the city and 22 to 23 mpg on the highway. But each of those pickups are available in more efficient two-wheel drive and four-cylinder configurations. A diesel-powered Gladiator will be a boon to fuel economy when it arrives, but we’d also like to see Jeep offer the Wrangler’s 2.0-liter, turbocharged mild hybrid, as well.