A modern, efficient drivetrain is the cherry on top of a lovely luxury sedan.

It doesn’t take many miles in the driver’s seat to figure that the Volvo S90 is a lovely luxury car: stylish, easy to drive, and certainly a sublime place to spend time in any of its five seats. To those accolades, this T8 variant also adds forward-thinking. Its hybrid system is a model of the types of efficiency-focused drivetrains we’re likely to see in more and more cars. The 2.0-liter engine uses a supercharger and a turbocharger to fill its four cylinders, augmenting output to a stout 313 horsepower and 295 pound-feet of torque. An 87-hp electric motor, meanwhile, drives the rear wheels, turning the Volvo into a “through-the-road” hybrid and also giving it all-wheel drive for inclement weather. In short, there’s a lot to love about this luxury sedan.

Worry-free powertrain. The T8 hybrid is impeccably polished in each and every one of its five driving modes. It’ll slink along silently on electrical power alone (for up to 21 miles on a charge) in “Pure,” for instance, or romp to 60 miles per hour in 4.7 seconds when using the engine and motor for maximum thrust in “Sport.” And the EPA says that even when the battery charge is depleted, you’ll average 29 miles per gallon combined, a respectable figure for such a large car with so much power.

Interior beauty. With more exposed wood than your local hipster coffee shop, and a better sound system to boot, the inside of the S90 is more than easy on the eyes. This test car, loaded up with the Inscription package, has materials you won’t be able to resist touching, and a design that’s a whole lot more modern than what you’ll find in some rival cars at this price point.

Easy-to-use technology. The S90 – just like the related V90 and XC90 – packs lots of tech inside its body, but Volvo engineers have managed to make all the features approachable. The steering wheel controls are elegant in their simplicity, for instance, and the tablet-like touchscreen infotainment system can be operated at a glance without taking one’s eyes off the road for too long. Best of all, I appreciate the pleasant sound of all the warning chimes: where some cars beep and buzz and whine, the Volvo’s parking sensors and other alerts are musical chords, like the strumming of a violin string. Nice. 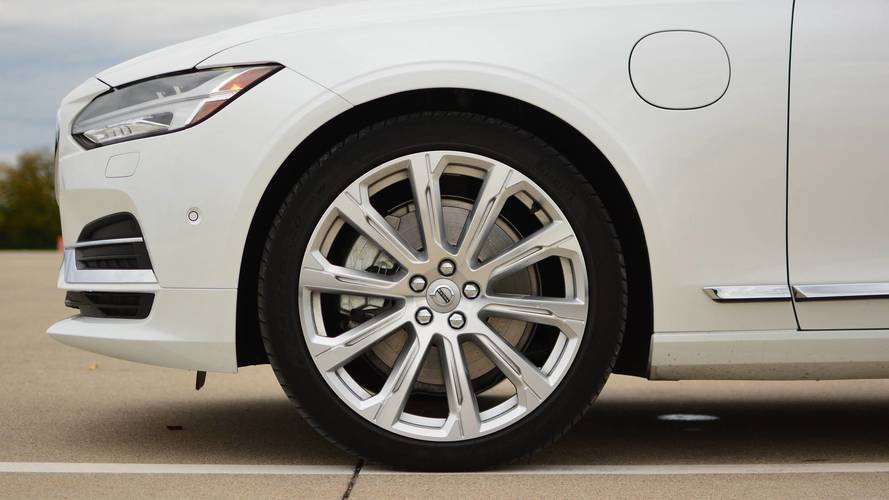 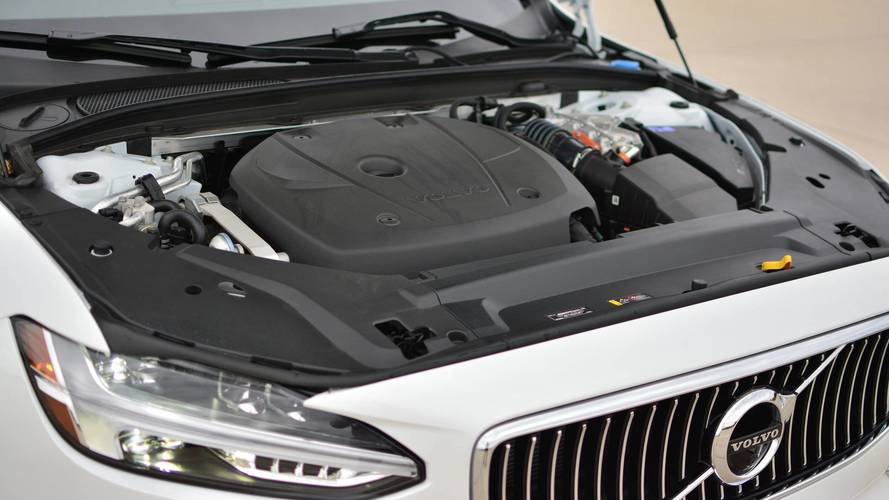 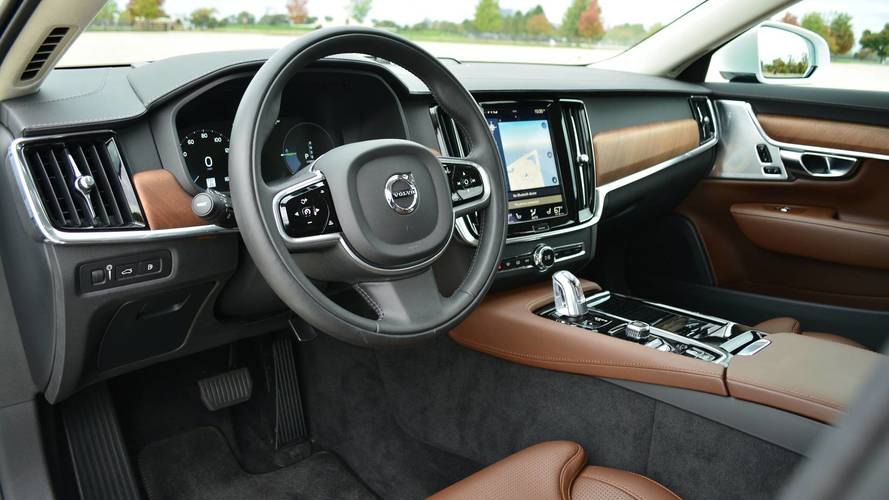 Torque steer. Because the gasoline engine only drives the front tires, there’s pronounced lightness and wriggling from the steering wheel under acceleration. Even at highway speeds, the twincharged engine’s grunt elicits torque steer, which is hardly becoming of a car that is otherwise so effortless to drive.

Guess-and-check braking. As is the case with many, but not all, hybrid cars, the S90 suffers from vague and unpredictable feedback through the left pedal. It’s tough to just how much braking you’ll get each time you apply your foot, with the feel varying significantly as the car’s electronics manage both regenerative and friction braking. Not a deal-breaker, but certainly annoying behind the wheel.

Lots of small annoyances. No car is perfect, and the S90 abounds with little details that irritate me on every drive. The electric shifter takes two pushes to engage Reverse or Drive; parking-lot maneuvers are a real chore. The headlight indicator illuminates even with only the DRLs are on. The adaptive cruise control can only be set in multiples of 5 mph. Details, yes, but worth noting that even an excellent car can still have its flaws.

Elevated seating position. From behind the wheel of the S90, I sit so high as to almost as if I were in an SUV. While that can be a plus for some drivers – the types who insist they must “see over traffic” – it’s a letdown for anyone who bought a sedan hoping for a sedan seating position. There’s a sense I’m sitting on the S90 rather than in it, and it takes away from the otherwise sporty and nimble driving experience.