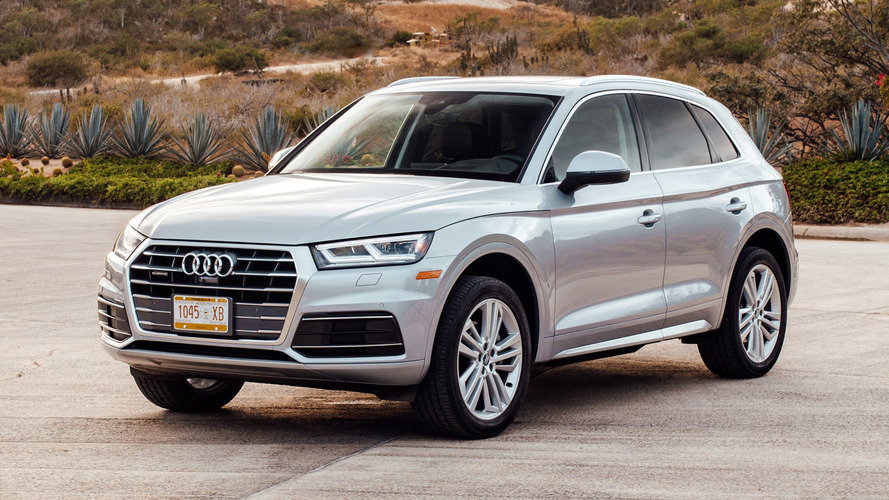 Audi’s successful Q5 builds on its core strengths for its second act.

Nowhere is the success of the luxury crossover so apparent as with the Audi Q5. Over 1.6 million have been sold globally since its launch in 2008, and the Q5 is the brand’s biggest sales success right now. One in every four new Audis sold these days is a Q5. Considering this strength, you can see why Audi isn’t drastically changing up the Q5 formula for its second generation.

Yet there’s more newness here than you might notice at first blush. The 2018 Q5 is larger than before, but sheds 45 pounds of weight versus its predecessor. The overall shape and specific design elements appear similar, but all the surfaces are new, and a bit tauter. This is a very clear case of favoring evolution over revolution – and with the Q5, that’s a good thing.

There’s more newness here than you might notice at first blush.

The new Q5 grows modestly for 2018: it’s an inch longer, two inches wider, and only a tenth of an inch taller than the 2017 model. A half-inch increase in wheelbase directly benefits rear-seat legroom, and the extra width means front-seat accommodations are a bit more comfortable for two passengers, or that you can actually fit a real person in the rear bench’s middle seat. Because the dimensions are largely the same as before, there’s no huge gain in capaciousness – with the rear seats folded, the new Q5 carries 60.1 cubic feet of stuff, which is about three more cubic feet than the previous model.

If you’ve sat in the new Audi A4, or even the larger Q7, the Q5’s interior will feel very familiar – there’s a lot of shared equipment here, not that that’s a bad thing. Front and center on this Prestige model is Audi’s outstanding Virtual Cockpit gauge display, only available on higher trim levels with navigation. It’s the same system you’ve seen in all the latest Audi’s, so I won’t waste digital ink singing its praises again. It’s freaking fabulous, and just like in the A4 and Q7, there’s a redundant screen in the center stack with all of the same MMI infotainment controls.

Again, just like the A4, the Q5 offers fine leather throughout the cabin, nice plastics, and your choice of glossy or open-pore wood, or aluminum for the decorative inlays. The large, flat surface of the MMI All-In Touch pad is easy to reach and operate without taking your eyes off the road, and the HVAC controls are laid out in a simple, elegant strip across the middle of the dash. It’s a draw between the Q5 and Mercedes GLC in terms of comfort and refinement, but Audi packs a tech punch that no one else in the luxury space offers right now.

It’s a draw between the Q5 and Mercedes GLC in terms of comfort and refinement, but Audi packs a tech punch that no one else in the luxury space offers right now.

When the 2018 Q5 launches in the U.S. next spring, it will offer only one powertrain: a turbocharged, 2.0-liter inline-four making 258 horsepower and 273 pound-feet of torque. The current Q5’s supercharged 3.0-liter V6 is discontinued, but you won’t likely miss it – the new 2.0-liter engine is only down 14 hp and 22 lb-ft compared to the V6, and because of the car’s lower weight and the engine’s more immediate torque delivery, the 2018 Q5 2.0T is actually a tenth of a second quicker to 60 miles per hour than its 3.0-liter predecessor. Official EPA numbers aren’t available just yet, but Audi expects a healthy bump in fuel economy compared to the super-six model, too. Plus, 258 hp and 273 lb-ft represents a nice increase over the 220 hp and 258 lb-ft offered in the previous 2.0-liter base engine.

Other markets will get 2.0- and 3.0-liter diesel engines, of course, but don’t expect to see those in the U.S., well, ever. A hotter SQ5 will arrive next summer, offering biturbo 3.0-liter V6 power, and a sport-tuned adaptive air suspension.

Speaking of air suspension, we don’t get that on the standard Q5, either, despite it being available in other markets. All U.S.-spec Q5s come with a steel-spring setup, with adjustable dampers available as a $1,000 standalone option. But after a day spent blasting down the smooth, winding roads of Mexico’s Baja California peninsula – the new Q5 is now built in Mexico, by the way – I’m not left wanting a different chassis setup. The Q5 stays flat and composed while cornering, yet is smooth and comfortable when cruising, even on this test car’s large, 20-inch wheels.

At no point does the Q5 feel like it lacks grip or stability, whether driving quickly down smooth roads, or off the beaten path, bombing down a long stretch of warm, dry Mexican sand.

The new Q5 uses a redesigned version of Audi’s Quattro all-wheel-drive system, called Ultra, which allows the rear axle to disconnect when cruising, for better efficiency – you’ve heard about this already in the new Allroad. But Audi is quick to point out that, unlike other systems, Ultra uses predictive technology to sense what’s ahead, and engage the rear axle for better performance. It’s about having the best torque distribution before you know you need it, and you won’t even sense the system working. At no point does the Q5 feel like it lacks grip or stability, whether driving quickly down smooth roads, or off the beaten path, bombing down a long stretch of warm, dry Mexican sand.

Like other Audis, the Q5 uses Drive Select modes that dial in different throttle and steering programming, but honestly, it all feels the same to me. Moving between Comfort, Auto, and Dynamic modes, the Q5 seems to offer the same demeanor, with light steering that could use a bit more feedback, but a throttle that’s linear in its power delivery. Without more separation between the modes, you’ll find it best to just leave the car in Auto and happily cruise. The Q5 is smart enough to know how to distribute power as it’s needed, and while the Audi is one of the nicer-driving vehicles in its class, the steering is still too light and numb to really earn the “driver’s car” descriptor. I expect good things out of the SQ5, though.

The Q5 will continue to be a hot contender amongst luxury CUVs.

Honestly, if you like the way the current Q5 drives, you won’t find reason to complain with the new one. It’s simple to use and easy to live with, and it’s a crossover I’d happily drive for hundreds of uninterrupted miles without boredom or fatigue. That’s the Q5 in a nutshell, really: an all-around pleasant product that offers lots to like in this highly competitive luxury crossover class.

Pricing will be revealed closer to the car’s on-sale date, but I’m told it’ll be about the same as the current one. Premium, Premium Plus, and Prestige models will all carry over, with different levels of equipment and options. Audi’s product team tells me that if you want to see how the new Q5 will be laid out from a trim/package standpoint, it’ll be a lot like the A4. On the base end, a Q5 should cost just above $40,000, and a decked-out Prestige won’t likely crest $60,000.

The Q5 will continue to be a hot contender amongst luxury CUVs. The new model doesn’t shake up the formula, and builds on the current model’s strengths while adding big helpings of luxury and technology to make it better in a number of key ways. It certainly seems like a recipe for success. Here’s to the next 1.6 million. 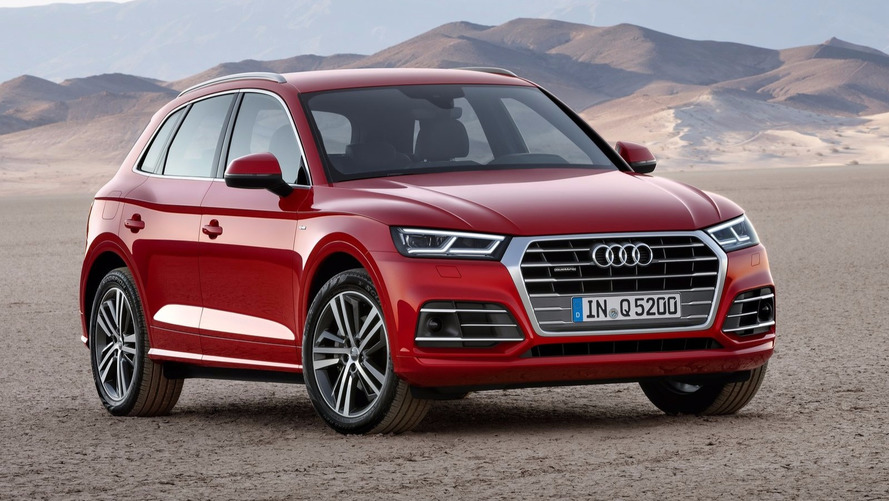