We've scanned the web for the most reliable and effective radar detectors.
By: Ben Kasierski
10/04/2022 2:20 pm
Best Overall

An easy-to-use radar detector with a low-profile design.

A great standalone radar detector that won’t break the bank.

The best radar detector can alert you to lurking police officers by locating waves from their radar guns – before they can detect your vehicle. The municipal fines and insurance rate spikes that result from speeding tickets can be costly. A radar detector can transform your driving experience for the better by alerting you to approaching speed traps.

In this review, our team suggests the best radar detectors on the market based on range, performance, cost, and convenience features. We break down everything from prices to customer reviews to help guide your decision. For more detailed information on what to look for in radar detectors, check out the buyers guide at the end of this review. 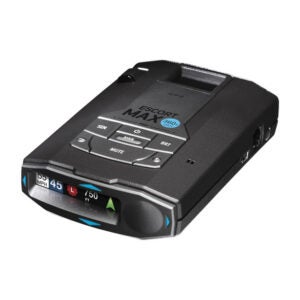 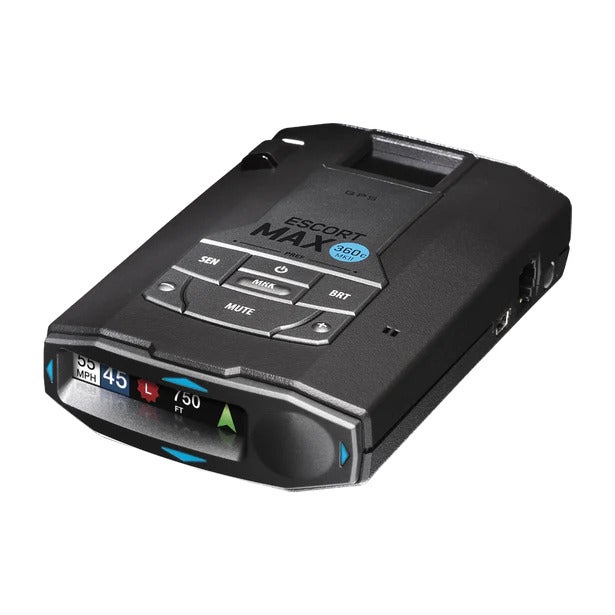 Unlike other radar detectors, the Escort MAX 360c has a built-in WiFi connector. This allows it to receive updates from the Escort Live app that it broadcasts alerts when entering a known speed trap area. The Live app is powered by a community of over 3.5 million drivers, so information is always fresh.

The Escort MAX 360c is a good choice for anyone who doesn’t mind spending a little extra cash on a high-end radar detector. Its patented AutoLearn technology remembers your route and is able to reject false alert locations. Plus, the 360C’s 360-degree protection ensures coverage on all sides,  with directional arrows to show where signals are coming from, too. With the MKII model, Escort has increased the effective range of the MAX 360c by 50 percent.

Escort does not offer the newest version of the MAX 360c on Amazon, but they have sold the previous model through Amazon, which has a strong customer review score.

Satisfied customers appreciate this radar detector’s effective range, with several claiming to have completely avoided tickets since installing the MAX 360c in their vehicle.

Some complain about the radar’s display screen, which is rather small.

The Uniden R8 offers unsurpassed range and sensitivity, placing it among the best-performing radar detectors on the market in 2022. Dual antennas provide 360-degree protection while directional arrows point out the direction of the speed radar. The main upgrade of this radar detector from its predecessor, the Uniden R7, is its improved KA performance and optimized auto lockouts.

The R8 utilizes GPS technology to remember and mute common false alerts by picking up on your driving patterns – so you won’t have to listen to a false alert twice. Preloaded red light and speed camera locations ensure you’re aware of your surroundings on the road. Additionally, this radar detector’s firmware is user updatable, meaning the Uniden R8 will never be out of date.

Positive reviews of the R7 praise its knack for saving drivers money on speeding tickets. One man claims the Uniden R8 offers a noticeable improvement over the R7s he has in his other two vehicles.

The Cobra RAD 480i’s LaserEye firmware enables front and rear detection so drivers always know when a foreign radar signal is present. Its early warning system can detect a signal from up to two miles away. A key feature of the 480i is its IVT Filter which reduces false alerts from blind spots and vehicle avoidance systems.

A great addition to the 480i is Cobra’s iRadar app, which drivers can connect to via Bluetooth. Similar to Waze, this app allows Cobra users to share real-time alerts on red lights, speed cams, and law enforcement locations. This means that for those who like to plan ahead, the iRadar app is perfect for creating updated radar-free routes so you can travel safely. The Cobra RAD 480i is great for drivers that like an intuitive radar detector with more than just a frequency bar. Its front and rear detection perform well for all-around vehicle protection.

It’s important to note that while around 70 percent of Cobra Rad 480i reviews are 5 stars, only six percent are 1-star reviews. Positive reviews of the 480i speak highly of its filtering abilities and the usefulness of the iRadar app.

Drivers who want a radar detector with a sleek, low-profile design may be interested in the Radenso XP. Ready to go out of the box, the XP has a simple interface that delivers some of the best-in-class sensitivity to radar waves. Its GPS Lockout feature remembers false signal locations, too, so drivers never have to worry about multiple incorrect readings on familiar routes.

Because of the XP’s high-range radar detection, it has superb red light and speed camera detection. It also has blind-spot monitoring to avoid accidentally giving drivers false readings. The XP is branded as one of the quietest radar detectors on the market and even has a SmartDark mode to automatically adjust its display’s brightness.

Should the XP not perform to a driver’s expectations, Radesno offers a 30-day money-back guarantee and a one-year radar ticket-free warranty.

It’s fair to say the Radenso XP has a good reputation. Eighty percent of these reviews gave the Radenso a 5-star rating while only three percent of customers thought it deserved 1 star. Many positive reviews of the XP cite how well it picks up weak signals and how quiet the alert system is.

Negative reviewers feel that the XP’s range is too short and warnings are too delayed.

The Uniden DFR1 is priced lower than similar radar detectors on the market. For this bargain deal, drivers get long-range sensitivity, front and rear detection, and a memory feature that saves all driving settings.

One outstanding feature of the DFR1 is its separate detection modes for driving in cities, rural areas, and highways. The DRF1 is invisible to VG-2 and Spectre I/IV/IV+ radar detector detectors, too. This radar detector is a great option for drivers who are new to radar detectors and want to try one before upgrading. It has many of the same features as other more expensive options and can perform nearly just as well.

Only nine percent of these are 1-star ratings while 5-star reviews make up roughly eighty-five percent. Positive reviews admire the DFR1’s minimalistic design and reliability for its low price.

What Is A Radar Detector?

A radar detector is a device that detects radar guns that law enforcement officers use to measure the speed of your vehicle. Having an active radar detector can help prevent drivers from getting speeding tickets. A few important features of a radar detector are:

Why Purchase A Radar Detector?

Radar detectors can alert you when to slow down your vehicle when radar guns are present. This can help you save money that you’d otherwise lose on a speeding ticket, which can require legal fees to fight and/or spike your insurance rates by hundreds of dollars per year. Repeated speeding infractions can lead to a suspension of your license, so it’s best to avoid them when possible.

Another benefit of radar detectors is they improve safety. Some radar detectors will alert drivers when they are driving over the speed limit. Also, a radar detector gives drivers time to slow down before entering a police officer’s presence. Many accidents happen as a result of drivers braking suddenly when they’re surprised by a waiting Sheriff.

Whether you’re looking for a long-range radar detector or something more subtle, here are a few different models to be aware of:

You won’t go wrong ordering any of the radar detectors featured in this review. We feature some of the top brands in the industry at a range of different price points, so we have confidence that there’s a radar detector in this article that will satisfy your needs and budget.

If the cost of a radar detector doesn’t affect your purchasing decisions and you simply want the best of the best, then the Escort MAX 360c MKII might be the radar detector for you. Following closely behind in both price and quality is the Uniden R8, which offers exceptional detection range. Cobra’s RAD 480i is one of the most popular radar detectors around, and for good reason, as it’s a great beginner option.

Although it occupies one of the two bottom spots, the Radenso XP is incredibly easy to use and doesn’t over-complicate the simple things that most drivers ask for out of their radar detector. Last and certainly not least is the Uniden DFR1, which offers substantially more features and longer range than other budget radar detectors.

To select the five radar detectors in this review, our team searched Amazon and Advance Auto Parts for top products, looking at factors like customer ratings, prices, superlatives, and Prime shipping eligibility.

Each year, we test over 350 auto products on vehicles and in our testing lab. A team of product testers thoroughly researches top products, unboxes and puts our hands on each component, and tests the items on real vehicles before making recommendations to readers.

Radar detectors are illegal in only two states: Virginia and Washington D.C. If caught using a radar detector in these areas, drivers will have them confiscated and must pay a very hefty fine. Different states have various laws about laser detection and radar detector placement, so it is best to check your state’s respective rules before purchasing one.

When a radar gun’s trigger is pulled, it emits a radar signal. Radar detectors only activate when this signal is present, so if your radar detector doesn’t alert you when passing a police officer, they may not be actively using their radar gun. This means they may not be checking your speed.

Alternatively, some law enforcement groups use LIDAR, or a laser radar detector, to check speeds. These laser guns can only check one vehicle at a time using a direct beam and can be undetectable by radar detectors. Some drivers use laser jammers, also called radar jammers, to prevent their speed from being measured, but the legality of these devices varies state by state.

Typically, the average cost of a quality radar detector starts at or around $200. Cheaper options land at around $50 while premium detectors can go well above $600 depending on the make and model.

A radar jammer is a device that disrupts signals emitted from a radar gun, rendering it unable to gauge speeds. These devices are banned in every state due to federal restrictions.

The use of radar detectors in private and commercial vehicles has been banned by most municipalities.