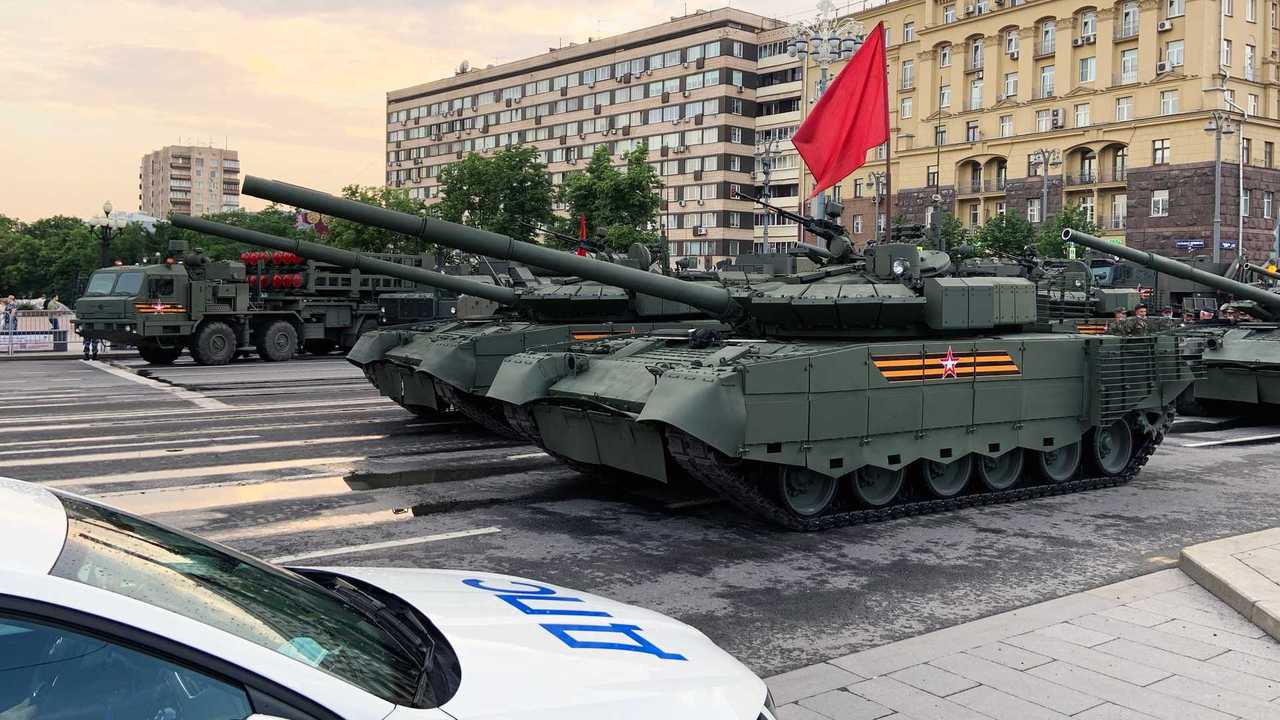 Gas turbine engines aren't dead yet. Well adapted to cold weather and once again updated, the tried-and-true T-80 tank is already in service with the units of the Russian army deployed in the far north and in the Arctic, still going strong with the turbine.

In the BVM version, the main battle tank received a fresh Sosna-U sighting system, Relic defense elements, and modern communications. As a result, in terms of combat effectiveness, the T-80BVM is now not inferior to the older T-72B3.

In Red Square, a modernized eighty with a gas turbine's characteristic perky whistle will be seen and heard for the first time.