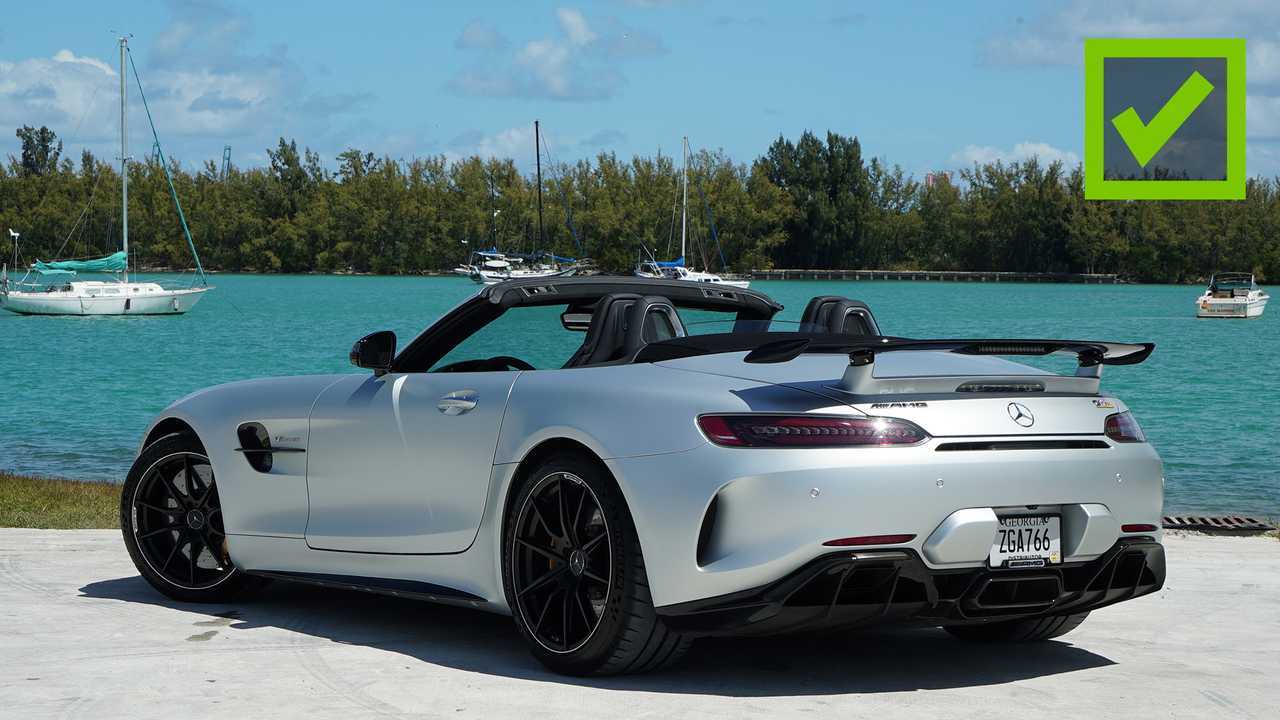 There’s no doubting that the R roadster looks straight-up angry. We’ve loved the AMG GT’s proportions since the car first went on sale, and it looks just as striking today. Miles of sheet metal before the driver, elegant body lines between the axles, and a fat rear end give this car some genuine presence. There’s just a lot to love. The R-specific touches like a massive rear wing, staggered 19/20-inch black wheels, and center-mounted exhaust add even more drama. Our only thumbs-down is the $3,950 matte silver paint. Give us something louder, dammit.

Boring color aside, this car still received plenty of looks, even coasting along the supercar-filled streets of South Beach. And to its credit, the roadster looks (almost) as good as the coupe, especially with the roof stowed. With the soft top in place, the car loses some of its allure, but not enough to ruin the recipe. This thing’s a looker, plain and simple.