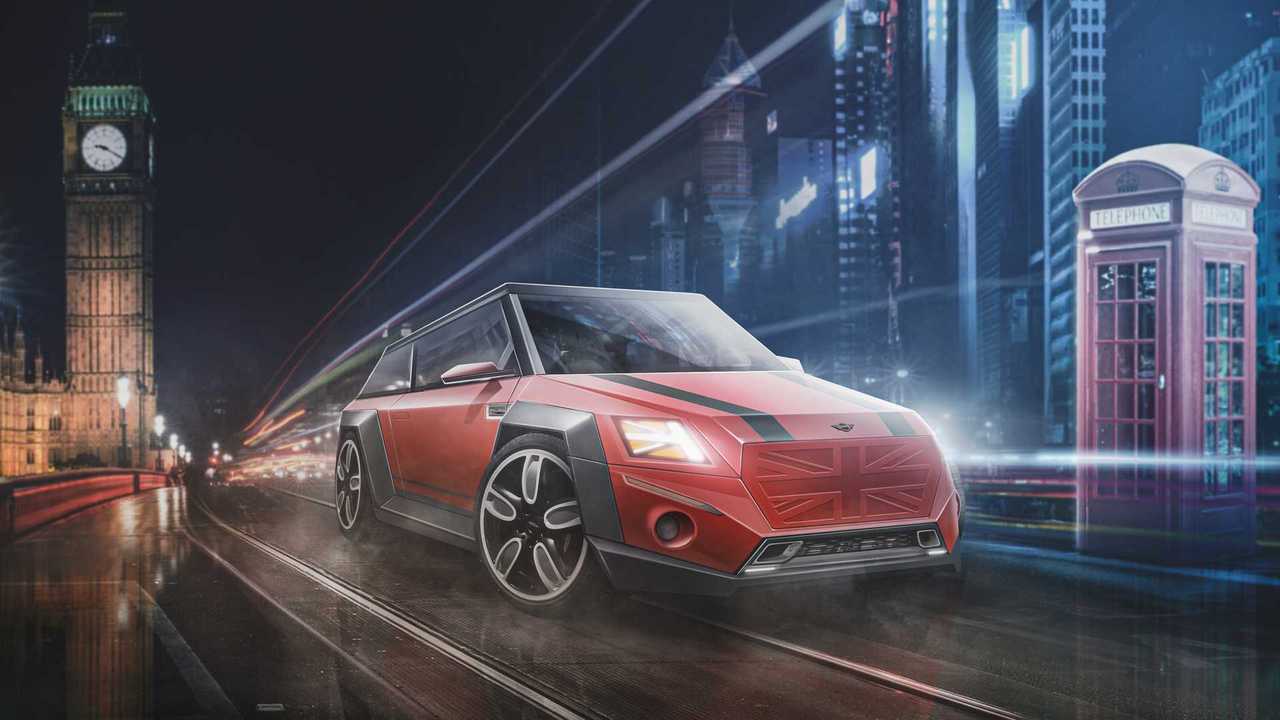 The Mini brand is in a weird place right now because its products keep growing. The models are slowly attaining a footprint big enough that they aren't too mini.

This rendering gives the brand's design language a radical change. There might be too much of a reliance on the Union Jack livery by including it in the center of the grille and headlights.

that the company's name suggests

The classic Mini Cooper is a British favourite by anyone’s standards. While the style and shape has changed slightly over time, the Mini has kept its distinct design since the original 1959 car. Though, that has changed after it has been reimagined as if it was designed by Tesla.

Leasing Option’s Cybertrucked Mini is the small, three-door Hatch we know and love, but it now comes with a sharper exterior. Its traditional rounded grille now has six edges and the curved headlights have been straightened out. Although, the Mini Cybertruck does keep the brand’s signature wings and the definitive Union Jack remains a key feature upfront.

While Tesla are yet to create a small hatchback, this Mini fits in with the ever-changing landscapes of urban cities, so it might just inspire them.