USA / Global
HomeBugattiChironPhotosHow Much Does A Bugatti Cost? 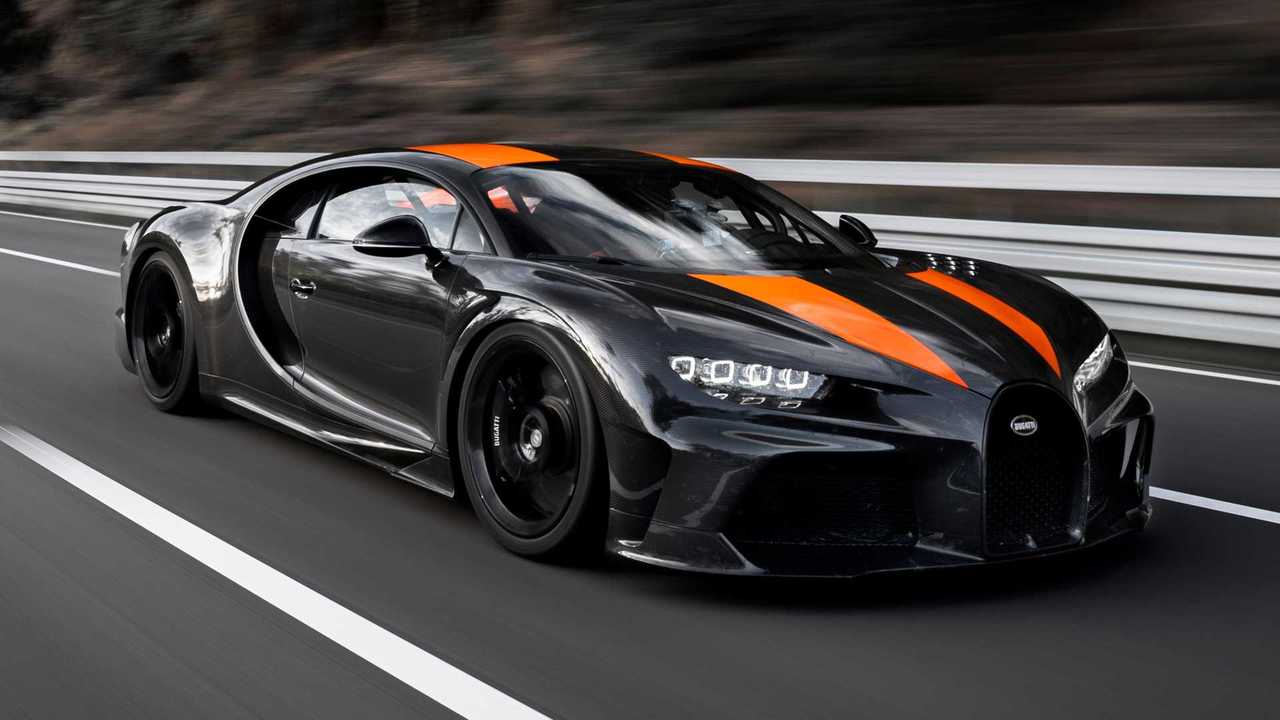 Unveiled in 2019 to Bugatti clients participating in the company’s 110th anniversary celebration, the Super Sport 300+ is a higher performance Chiron variant, with production limited to 30 models. It packs a more powerful, 1,578-horsepower quad-turbocharged version of the base car’s W16 engine and a modified gearbox that warrants a top speed boost.

Though the production models are reportedly speed limited, a pre-production Super Sport hit the 300 mph mark in track testing. The hypercar also features lacquer-painted carbon fiber bodywork enhanced with orange stripes and revised front and rear bumpers for improved aerodynamics. Its price is reported to start at $3,900,000.

The Only Chiron That Can Top 300 MPH: